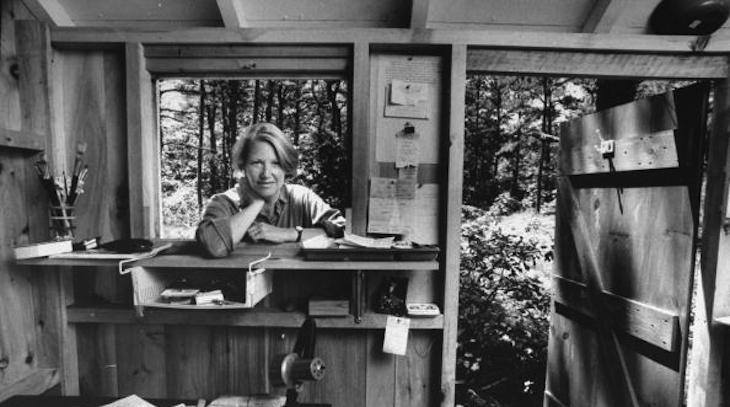 A Writer Furiously Alive and Impossible to Anticipate

I’d just gotten off a plane from Osaka to San Francisco, a few days before Christmas, and was 17 hours out of sync—even more deranged and prolix than usual—when I checked my email and saw that my old friend John Freeman was asking me if I had anything to say about Annie Dillard. Throwing sense and clarity to the wind—as Annie would surely urge—I typed off the following paragraphs in the next few minutes, an impressive feat for someone who doesn’t know how to type.

Yet Annie is the kind of unconstrained spirit who inspires spontaneous combustion even in the least promising of circumstances.

I’d met Annie for all of five minutes when, suddenly, in faraway Japan, I began hearing her voice on my answering-machine, offering all kinds of generous encouragement for every piece of mine she encountered. My editor sent her a copy of the advance galleys of a novel I’d written, and not only did she find something outrageously kind to say about it, but she actually sent me her copy of the book marked up, underlining how often I’d used the English-y word “juddered,” singling out passages she found stirring, sighing in the margins when I said something foolish or unconsidered yet again.

Very soon, when I did begin meeting her properly, in Key West, I realized that Annie was the most original and uncontainable soul I’d ever met, completely unpredictable, rich with unexpected interests and enthusiasms and full of the visionary wildness I associate with many of my (and I think her) favorite spirits, from Thoreau to, say, William James.

Yes, she reads everything, and cares about books with the watchful passion of a mother lion surrounded by her cubs. But what I had never guessed until I met her was how much she is in love with every aspect of life. Her e-mails to me, long and incandescent, veered between fervent literary recommendations (of Hardy, of Joyce Cary, of Robert Stone) and exuberant reminiscences of her cavorting on the beach, her love of the Pirates, her delight in miniature-golf. When we met, all she wanted to do was urge me towards the ping-pong table in her backyard, each returned slam threatening to send a stack of books on esoteric theology or meteorology skidding off the dining-table not far from a body of water.

At some point, I realized that I was meeting the closest I could get to my longtime hero. D.H. Lawrence: someone furiously alive, attentive to everything and impossible to anticipate.

Once, when I was on retreat in a monastery, suddenly a white-hooded Father appeared at the door of my hillside shack with a parcel that had just been delivered by Federal Express. A book from Annie, in short, which she felt was essential to my meditations, on a drummer who loved to play raucous blues bars in the Midwest.

At other moments, suddenly a volume would arrive on my doorstep on cloud-watching, or African magic or some work of antic scholarship on the Hebrew Bible so zany and extreme that to this day I’m not sure whether to read it as comedy or tragedy.

Annie would hate to hear it said, but one of the things she taught me, as few others could, is that genius listens to its own rules and goes its own way, whether it wants to or not (and whether you want it to or not). That is what makes its every moment unique. I have met many other writers who have a plausible claim on Parnassus; but none who so completely lives the writer’s life, holed up under a tent on the sand for weeks on end, so that she can feel the sea and the grit, the pound of life, rejoicing in having taken herself so far away from humanity that she can live as a “gregarious hermit,” devouring that little-known book I recommend to her on Japanese baseball or the mysteries of the Outback.

For many writers, it could be almost unendurable to have won a Pulitzer in her twenties and to have become an icon and talisman to so many for so long. Dylan hides behind his quick-change artistry, Cormac McCarthy takes refuge in cheap El Paso motels. Joan Didion utters beautiful sentences in a voice so quiet it’s easy to miss, and Pynchon, De Lillo, Roth remain far from the public eye.

Annie’s response, quite wonderfully, has been to live at a full-throated pitch at every moment, to be unapologetically herself with every breath, to refer to herself as a “humorist” and a Sunday softball player and to refuse to let anyone cage her in the categories of “holy” or “unholy.” She is the opposite of unearthly, though one would not always call her worldly. She lives very much on the ground, even as she works patiently and long to set up flights that perhaps only mystics would fully understand.

There’s much more I could say, in part because I can honestly confess that I’ve never met anyone as flamingly vital and beyond explanation. But the really important thing to stress is that, beneath the dazzling sentences, one always remains most aware that Annie is first and foremost committed to the Biblical injunction towards kindness. She might flout or confound every pious soul, but her principal concern, nearly always, is charity. As soon as we began corresponding, she was urging me to follow Dr. Paul Farmer, long before he became famous, and his work on behalf of the suffering in Haiti. She was talking, in between all her responses to books and to sentences, about the work she did in soup kitchens. And then, just when I was thinking of her as largely a writer friend, who shared my love of books and Yemen and punning and adventure, she out of the blue sent me a present so large that I sent a thank-you letter to a bewildered billionaire I happened to know who professed innocence of such charity.

Annie is like a whirlwind constantly throwing off sparks, and angled towards delight; yet underneath that, she is someone who takes her human responsibilities with the deepest, lightest seriousness. Irreverent towards orthodoxy, she’s never impatient with compassion. I’m not surprised that so many books (like the most recent one by Phyllis Rose, like one I am trying to complete right now) are dedicated to her; she’s a writer who has thrown open windows for generations to come, but she’s also a living soul whose great delight is in opening doors for others.

The Annie one meets in life is very different from the Annie one might imagine from the page; but both are unlike anyone else you’ll ever meet and live outside every box into which we might try to squeeze them. Just as all the electric originals—from Lawrence to Dickinson, from Charlotte Bronte to Melville—ought to be.

The Living, The Abundance, Teaching A Stone to Talk: is it any surprise that so many of her titles stress bounty, extravagance, the miracle of found things? 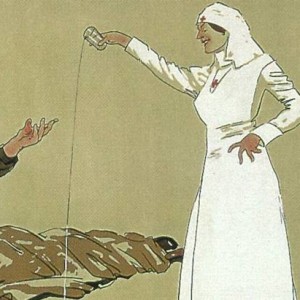 According to the myth of the Tower of Babel, the Flood did humanity a bit of a favor, whittling down the muddle of cultures...
© LitHub
Back to top