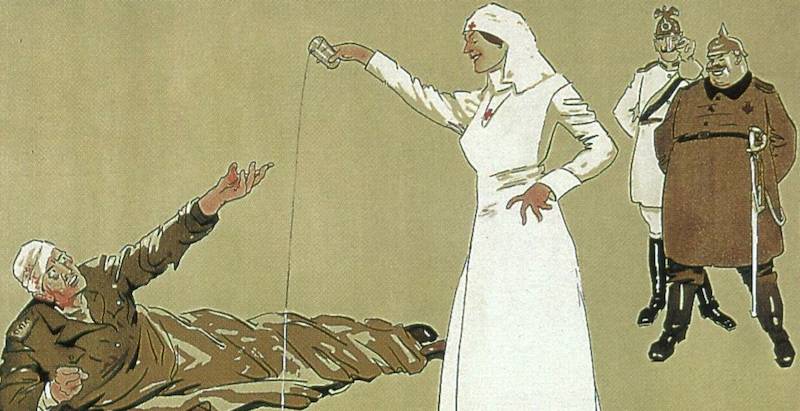 According to the myth of the Tower of Babel, the Flood did humanity a bit of a favor, whittling down the muddle of cultures and languages into a single genetic line. With the goodwill that followed, the descendants of those who survived decided to build a tower to make a name for themselves, a structure high enough to reach the heavens. Well, we know what happened. With a wave of his hand, the Almighty confounded the speech of overseer and stone carrier alike, scattering them in confusion to the ends of the earth. Similar stories are told in cultures as diverse as the Greeks and the Mormons, in works as different as The Book of Jublilees and the Qur’an. Language may have been divided, but the story stayed the same.

Only months before the end of WWI, the Babel Proclamation issued by Iowa Governor William L. Harding attempted to reverse the story altogether. It legitimatized the intensifying anti-German-American rhetoric of the time by not only outlawing the use of the German language in public and private spaces, but outlawing all languages not considered “American.” Non-English speaking Iowans could no longer listen to sermons in their native tongue. The doors of churches with German congregations were painted yellow, the color of cowardice. In Le Claire, four women were arrested and fined. They’d been overheard speaking German in their private homes on a party line. German-language books and newspapers were publicly burned in “patriotic” celebrations. German immigrants and their children were a majority of the state population, but none could pray aloud in the graveyard in a language their dead might understand. Though a number of states had banned texts and the teaching of German and other foreign languages in schools and government offices, no other state had gone so far—nor have they since. By 1921, nearly 18,000 in Iowa and other Midwestern states had been charged for noncompliance.

Harding believed the loss of one’s native language to be “a small sacrifice compared to the good it could do saving the lives of American boys overseas by curbing sedition at home.” The sacrifice was put to an end after seven months when the law was overtuned. Nonetheless, the anti-German sentiment throughout the country had its effect: In the first postwar census, 900,000 German-born Americans seemingly vanished, only to reemerge in the categories of American-born or “other.” The law did nothing to safeguard the country, but it certainly turned many of our citizens against themselves and their own differences.

In my second novel, Bottomland, I wanted to speak to the German-American bias in the first half of the 20th century. When I was young, any question as to my family’s heritage was met solemnly with the idea that we were “Iowan” and nothing else. In school, I learned the history of the German empire as well as anyone. These lessons were not the usual tainted stuff of victor over victim. There were photographs, films, and first-person accounts. There was the stuff of nightmares, the most appropriate use of the word “evil” on such a grand scale. Back then I claimed I was Irish, English, French or some jumbled mutt of the sort. Truth be told, that kind of self-hatred among those of even partial German-heritage is not uncommon, though we don’t corner the market. In writing the book, my interest was not in reminding others of past wrongs. Instead I wanted to remind people how easily history repeats itself—the internment of Japanese-Americans in WWII, the demonizing of Muslim-Americans in the last 15 years, and more. Our country tends to scapegoat its citizens—and citizens-to-be—whenever we’re at war.

I knew my novel would take place initially on the Iowa plains, a place of seeming simplicity and absence, before moving to Flanders Fields and the Chicago garment district. The story is based loosely on a family legend—the disappearance of my two great aunts, the youngest girls of a large farming family. But it wasn’t until the discovery of the Babel Proclamation that I found the perfect backdrop for my isolated German-American clan. I tell my students that the only reason to write about a character in any particular time or place is because those choices matter, they are moments and settings that reflect the character’s hopes and fears and challenge them in a way no other choices can. What better tools might we use to force our characters to reveal their deepest mysteries to us? And why else write about a character unless you expose their humanity, brimming with fears and desires. Brimming with differences they most often attempt to hide. Now with WWI and Harding’s proclamation, my novel’s already fractured family were in danger of turning against themselves, setting the stage for the vanishing girls.

It was early in the process that I decided to attempt five first-person voices, one for each of five family members. The divisions between the family needed to feel absolute, divisions that drive each to choose between love and self-preservation as the novel continues. This diversity of voices felt all the more necessary in a time when our country strived for its opposite. In the late teens and twenties, American life was under constant change—the growth of science, the hope of modernization, the dawn of the feminist movement, the darkness of war. Chicago in particular had suffered years of deadly race riots, skirmishes against rising union powers and the surge in immigration, the ensuing spread of a raging criminal class. Both in the city and on the Midwestern plains, each of my protagonists is caught within her own world, desperately trying to make sense of it. It was important that they couldn’t understand each other. They couldn’t, in a way, speak each other’s language.

In many of the story’s versions, the Tower of Babel didn’t fall. It remained for centuries of chaos and war, always reaching to the heavens though never quite making it. If the story were true, I’d doubt different languages were what drove the builders apart. Instead, it was hubris, pride, suspicion of the other. And yet, we retain that need to make a name for ourselves, in both structures and stories. Some writers might even consider it our purpose, especially those who feel their country doesn’t clearly represent them—or at all. It is the diversity of our voices that create a whole, a solid structure of both common and uncommon truths that rise together to create a single American literature—one that speaks for and is understood by all.

Michelle Hoover is the Fannie Hurst Writer-in-Residence at Brandeis University and teaches at GrubStreet, where she leads the Novel Incubator program. Her debut, The Quickening, was a 2010 Massachusetts Book Award "Must Read." Her second novel, Bottomland, will be published by Grove Atlantic in March. 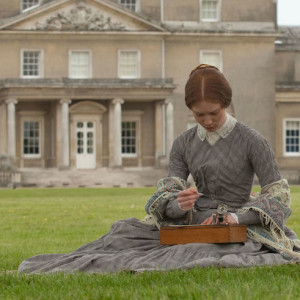 Tracy Chevalier will host an evening honoring Charlotte Bronte's 200th birthday with a reading from Jane Eyre and a new collection...
© LitHub
Back to top