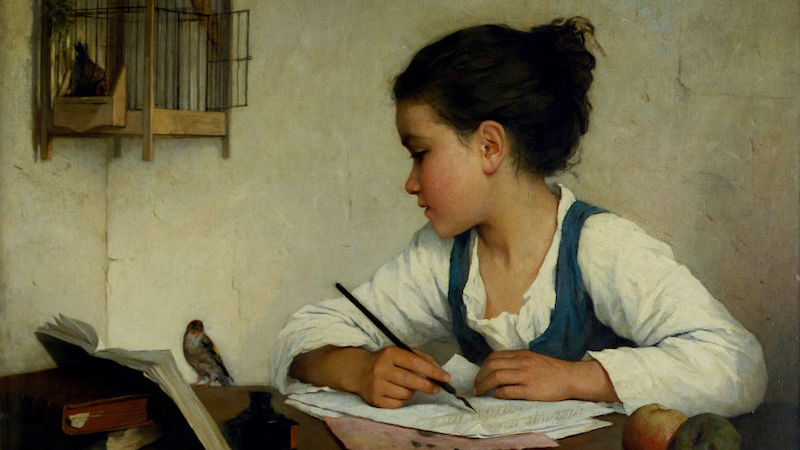 This spring, stuck in my house with a newborn baby in the early days of the pandemic, which kept me panicked in the weeks ahead of the baby’s birth and isolated in the weeks after, I clung to my phone like a life raft. A month after the world seemed to shut down, I’d published a memoir and cranked out some personal essays in the standard publicity model.

These essays spotlit the sorrows of publishing a book and delivering a baby while the world was in mourning, a sorrow made more acute by the sense that any public joy required a disclaimer. I wasn’t sure how to access joy when I couldn’t share it. Then, the baby was safely here—not, as I feared during 3 a.m. nightmares, separated from me as I was placed on a ventilator, tended to by people in Hazmat suits. She came to me during two excruciating days, a milky, perfect body-blow of love, both stranger and soul mate, who, I knew, would keep me from writing.

And on paper, she has. But as I spent hours cluster-feeding her, I texted. I took notes, too, wrote down people’s recommendations of what to read and watch and listen to, sent links on the best swaddles to my husband, emailed my midwife to ask for advice on clogged milk ducts, sent the same picture of the baby every few days to five or ten or twenty people.

I was lonely, and panicked that I wasn’t able to tether myself as I usually did, by engaging with and producing writing that situated me within larger cultural discussions. I understood writing as goal-oriented and public, its capital measured in clicks and comments. Yet, the trivial writing I did, the writing I didn’t count, constructed a private personal history. I imagined all the notes we took on the backs of political flyers or the margins of health insurance forms might be collected and displayed 100 years from now to show just how addled our brains really are.

Babies, like pandemics, pin us in place, making the margins of our days bleed a little as memories blur and days sag. Without outings, social gatherings, plans or escapes to coffee shops or the movies or anywhere else, I am often desperate for adult conversation and connection.

“Is it normal that all I do is feed this baby?” I texted my friend Leela during the first month or two. “Yep,” she wrote back. “They’re tiny milk addicts. You’re her soft serve machine.” That day, I began a list of all the things I’d rather be doing than breastfeeding a newborn for four hours in a row: take a shower, finish a cup of tea, clean the toilet.

Our own record-keeping, like that of our 1918 ancestors, allows us to point to a day, undifferentiated from others in our memory.

Writing our own history into existence is nothing new, although the ways we do it are. During the 1918 Spanish influenza pandemic, before people’s correspondence was neatly channeled by the tiny world of an iPhone, the diaries they kept and letters they wrote give us clues about how they survived. UCLA’s biomedical library hosts a collection of “personal narratives, manuscripts, and ephemera” cataloguing the virus primarily through the record-keeping of ordinary people living through extraordinary stress and isolation as they waited for a cure.

In other words, there’s nothing novel about our reactions to our current lives; keeping our own historical records is an important act of asserting our experiences, especially when our loftier projects are put on hold to care for sick relatives, homeschool children, or take on an extra job to make up for another family member losing theirs. Our own record-keeping, like that of our 1918 ancestors, allows us to point to a day, undifferentiated from others in our memory, and recall exactly what occupied us.

Of course, being trapped at home with an infant is also not new. Diary keeping gained popularity in the Victorian era, and by the 20th century it had become largely the province of women, who have been stuck at home for generations. Women’s diaries often ignored what historians deemed the core narratives of American history—the public worlds of politics and culture—in favor of personal observations and social engagements, and as more women received formal education, they recorded their lives in diaries and letters; one form encouraging informality and frankness, the other crafting herself for an audience, constrained by the formal elements of the form.

Jane Fiske, who taught formerly enslaved people across the South in the mid-18th century, wrote in her diary after fighting with her husband, “Jettie and I washed & then I fixed up my stove & lots more truck all myself as my husband isn’t worth shucks to do everything for his wife. & if I had more room I’d say more about it.”

These were the kinds of thoughts I could manage in the wake of that double whammy, childbirth and a pandemic. I stopped drafting essays about the serious subjects that used to occupy me and instead texted my friend Annie, “Did you sometimes want to kill your husband after you had a baby?”

“That ends when the baby is six months,” she responded. So I began paying a different kind of attention to a topic I learned was called “postpartum rage.” I wrote down the things that made me angry in case some day I decide my rage is useful as a topic for an essay. The outfit my husband put the baby in, the neighbor who didn’t pick up the dog poop in front of our house, the line for the car wash that was always too long.

Sometimes the life we live at writing’s expense feels completely tedious, as is often the case with staying home with a baby and dutifully waiting out a pandemic.

So much published work comes from rushed writing done in life’s margins, from Jenny Offil’s Department of Speculation, written on index cards while she waited at red lights, to Virginia Woolf’s Moments of Being, begun as sketches for her writing group, to Anne Frank’s diaries, her own response to staying inside as she hid for her life.

Incidental writing is happening on a larger scale, too—social media use has skyrocketed globally, we’re finding solace in group texts, and more people have turned to journaling as a way to cope with stress. Whether our writing now is intentional or simply a way to talk to the friends and family we miss so desperately, all of it acts as an important first step to the work that awaits us on the other side of this all.

The incidental writing we unconsciously do when we’re not working on an identifiable project—the texts we send to complain, the lists of what we want to get done, the emails and shopping lists and our Notes App list of movies people have recommended—are small collections of our daily thoughts. There is a collaborative nature to much of this kind of idea-generating.

When I email my mom about a book I’m enjoying or my husband sends me a picture of a garden he likes, those back-and-forths are closer to the bone than what I’d post on Instagram, more personal than the writing I’d construct if I were writing for publication. There is no incentive to write these texts other than keeping in touch, so they’re easy to overlook as real writing. The “outcome” we envision for our writing may never happen, or we may have to take it on faith—the accepted pitch, the journalistic inquiry, the opening chapter of a new novel.

Sometimes the life we live at writing’s expense feels completely tedious, as is often the case with staying home with a baby and dutifully waiting out a pandemic. There is no landscape to my days in either event—no social engagements or traveling, the memories we’re making mostly taking place within the walls of our house. The grocery list I keep is as boring as it is necessary, a catalogue of what I’m thinking about, cooking, remembering for a future impossible to imagine. It’s the first step of whatever comes next. 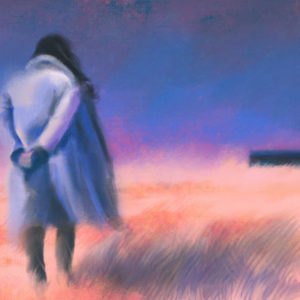