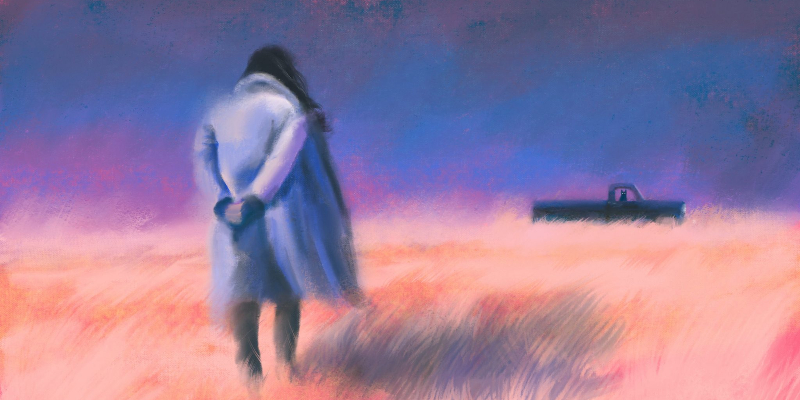 In this narrated essay, CMarie Fuhrman encounters a coyote whose leg is caught in a trap in the southern Montana prairie. As she decides what to do, she navigates the two legacies of her identity: Native and white. In doing so, she considers what it means to be trapped and what it means to be free.

The sky on that day was the color of the paper on which I write this story. Not white, not gray. Caught in the middle somewhere. The color of possibility here, but not when enshrouding the gruesome scene unfolding on the prairie. The sky that day held certainties. The story for the coyote could have only one ending. Winter was coming; there was no doubt about that. The clouds spit and its drops were cold and sharp against my face.

I keep recalling that day. I keep coming back to the coyote story not because I think I could have done anything different; the fate of the coyote was set in motion when the first white people came west, and it was handed down through the men and myths that made the man from the town of Bridger who set the trap on that barren hillside, placed a bit of ground beef around it, and yawned open that metal mouth. I would never meet that man, but he would find my reply to the question of his bait. He would—in the prints I left in the dirt, in the metal I destroyed with a maul—know my anger. Yet I was the one guilty of trespass. The law protected his right to trap. To mangle the leg of the coyote, to let it suffer, bleed, and starve for hours, days. My only witness was the prairie. I keep coming back to the coyote story because I forget how it ends for me. There are so many possibilities, but writing it here will set us both straight.

And I keep coming back to the coyote because I work in metaphor. Symbol. I see patterns. I find story. The first story is of the coyote and me. The next belongs to those I called in the hope that we might save the coyote. The county vet, who would later corner me in my barn when he came over to float my mare’s teeth, denied me any help. My friend Ron, from a thousand miles away, assured me there was nothing else I could do. The third story died with my dog Katie, who I am certain consisted entirely of story. She watched intently that day through the closed window. I do not pretend to know how she translated what she saw, but I am certain that when I got back in the truck, the cursory sniff she gave was not so she could catch a scent of her wild cousin, but to be certain it was I who sat beside her and drove us back to the house. I left the coyote as I found it, and put Katie in my bedroom. I could not bear for her to witness what happened next.

CMarie Fuhrman is the author of Camped Beneath the Dam: Poems and co-editor of Native Voices: Indigenous Poetry, Conversation, and Craft. She has published poetry and nonfiction in multiple journals, including High Desert Journal, Yellow Medicine Review, Cutthroat A Journal of the Arts, Whitefish Review, Broadsided Press, and Taos Journal of Poetry and Art. CMarie is a graduate of the University of Idaho’s MFA program, a regular columnist for the Inlander, an editorial team member for Broadsided Press, and nonfiction editor for High Desert Journal. She resides in the mountains of West Central Idaho.

Ella Trujillo is an illustrator from Southern Colorado. She received a BFA in painting from the University of Colorado and studied at Università degli Studi della Tuscia in Viterbo, Italy. Some of her notable clients include NPR, The Atlantic, and Southwest Contemporary. She currently lives in Northern New Mexico. 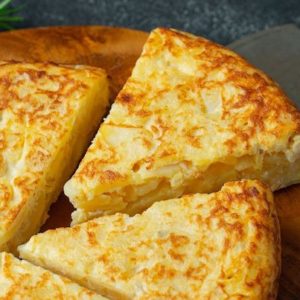