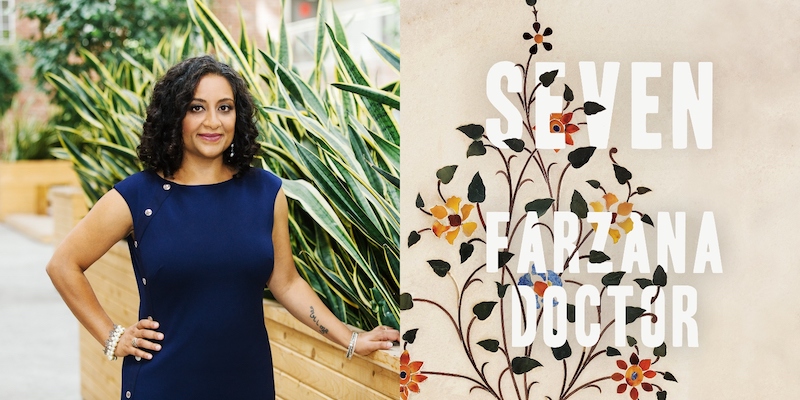 In Farzana Doctor’s Seven, Sharifa and her husband, Murtuza, are spending his sabbatical year in Mumbai with their 7-year-old daughter, Zeenat. While Murtuza teaches, Shari is planning to homeschool Zee, reconnect with her family, and research her great-great-grandfather with hopes of creating a family history. But Sharifa’s cousins, with whom she was once close, are at odds. Fatema is involved in a campaign to ban the practice of female genital mutilation (FGM) while Zainab sees it as a time-honored tradition that must be respected. Sharifa thinks it’s a cruel and harmful injustice, but isn’t at all sure it is still practiced in the Dawoodi Bohra Muslim sect they all belong to—and if it is, she wonders, who is insisting on such an outdated practice?

On this episode of New Books Network, Farzana Doctor talks to G. P. Gottlieb about the inspiration behind the novel, fictionalizing her own family research, and her work with the activist group WeSpeakOut.

G. P. Gottlieb: I’m wondering if you could talk a little bit more about the community and politically what’s happening right now with the whole female khatna movement.

Farzana Doctor: As I mentioned before, the discourse around the issue really came forward in 2015, so that’s just five years ago. Two groups emerged and started working very hard, mostly volunteer labor, mostly survivor led, and really began educating in the community. Because this is a social norm where people really didn’t think that they were doing any harm. So our job became to talk about all of the potential physical, emotional, and sexual harms that this practice can have and does have. In the last five years, I would say it would be very hard for anyone to say, oh, I just didn’t know; I’ve never heard of anyone complaining about this. So that’s been our work. There’s a case that has gone to the Supreme Court with a number of complainants, and WeSpeakOut Is one of them. The goal is to get the practice banned in India so that it is illegal, so that even if a religious leader insists that it’s mandatory, it’s going to be illegal.

GPG: Are there countries in which it is still legal, in the West let’s say?

FD: It’s generally banned in many, many, many countries all over the world. In most countries, I would say, it’s illegal. But that doesn’t mean that there’s prosecutions happening or even investigations. We now understand that it’s happening in 92 countries across the world, and as more survivors speak out, we’re hearing more and more about it. It’s such a taboo subject to speak about, and that’s why more people haven’t spoken out. But there’s a bit of a #MeToo movement around FGM that’s happening, which is great. For example, we used to think that it only happened in Africa, and then we learned about the Middle East and India and across Asia. And now we’re hearing survivors come forward from Russia, from Colombia and South America, and in recent years from white Christian women in the US.

GPG: Why are they having this happen?

FD: It’s the same reason that it’s happening across the planet. Across the planet, it’s the culture of patriarchy that drives all of this, right? And so what is talked about is the need to control sexuality. In my community, it’s to make girls pure, loyal. But that’s the same kind of mythology that is spoken about, maybe in slightly different language, across the world. One of the activists in the US who is a white Christian woman who came forward is a woman named Renee Bergstrom, and she talks about how her mother took her to a doctor because she was afraid of her being too sexualized as a child. It’s something that is just coming out. A colleague of mine recently told me that until the ’70s, FGM was something that was covered by health plans in the US. So there’s got to be lots of people in their forties, fifties, and sixties who have had this happen to them, and they just aren’t talking about it.

Farzana Doctor is a writer, activist, and psychotherapist. She was born in Zambia to Indian parents, lived there for five years and then in 1971, immigrated with her family to Canada. As a teenager, Doctor became interested in community organizing around issues of gender violence, gender rights, and environmental protection. She currently volunteers with WeSpeakOut, a global group that is working to ban female genital cutting in her Dawoodi Bohra community. Her first novel was Stealing Nasreen 2007, and her second, Six Metres of Pavement 2012, won a Lambda Literary Award and was short-listed for the 2012 Toronto Book Award. Her third novel, All Inclusive, was a Kobo 2015 and National Post Best Book of the Year. Named one of CBC Books’ “100 Writers in Canada You Need To Know Now,” she has also recently published a poetry collection. In her spare time, Farzana Doctor poses Maggie, her dog, with books she loves under the hashtag #MaggieWithBooks. And in previous times, she loved going to restaurants and travelling. 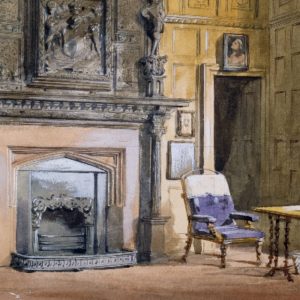 It seems likely that most of our listeners have at least heard of Charlotte Brontë’s Jane Eyre and her sister Emily’s...
© LitHub
Back to top