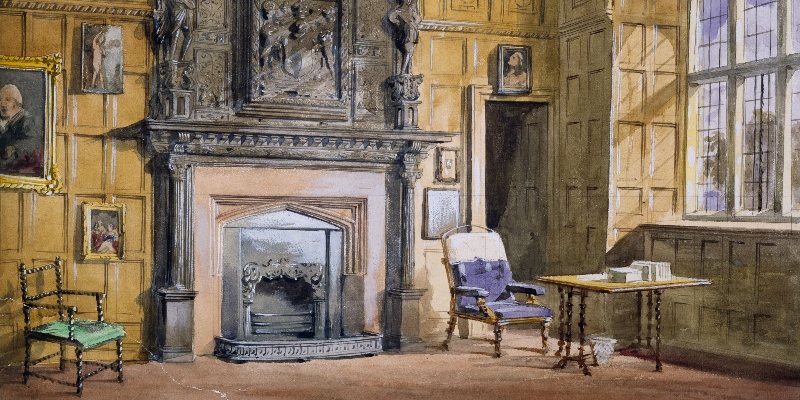 It seems likely that most of our listeners have at least heard of Charlotte Brontë’s Jane Eyre and her sister Emily’s Wuthering Heights. Many also know that Charlotte and Emily had two other talented siblings who grew to adulthood: Anne, author of the novel Agnes Grey, and the only male heir, Branwell—whose early promise evaporated in a haze of alcohol and opiates. Still, it seems likely that Branwell’s affair with his employer—Lydia Robinson, a wealthy, married woman eighteen years older than he—has received far less attention. This affair, the exact parameters of which have not been determined, is the subject of Finola Austin’s lovely debut novel, Brontë’s Mistress (Atria Books, 2020).

Although advantaged in many ways, Lydia has many reasons for complaint when we meet her. Her mother has just died, and her father suffers from senility. At 43, she fears the effects of approaching middle age on her beauty and her ability to bear children, the things that have defined and given value to her life. She worries about her daughters’ futures while fending off the encroachments of her mother-in-law. She still mourns the unexpected death of her fifth child, two years before the novel begins. And the loss of that youngest daughter has irreparably damaged Lydia’s long and once-satisfying relationship with her husband, Edmund, who neither offers comfort nor accepts overtures from her.

So when the Robinsons’ governess, Anne Brontë, recommends her brother, Branwell, for the position of tutor to Lydia’s only son, it is perhaps not surprising that Lydia’s initial attempts to keep a proper distance soon evaporate in the face of the attraction she feels for this Byronic young man who pays her compliments, shares his poetry and his art, and listens to her woes. As Finola Austin notes in our interview, Branwell “sees” Lydia, and the consequences of that instinctive emotional connection drive the action of this psychologically sophisticated and always engrossing novel.

C. P. Lesley: What drew you to writing not just about the Brontës but about the lesser-known members of the family, Branwell and Anne?

Finola Austin: I always loved 19th-century fiction, so growing up I read a lot of Victorian fiction. Charles Dickens—and the Brontës, of course—were among the first that I came across. Jane Eyre was the very first Brontë novel I read; in fact, I was so young it was read to me, before I read it alone. In my teens, I read the novels of the other Brontë sisters, Emily and Anne, as well as Charlotte’s other works. During my teens, I also read my first Brontë biography. It was The Dark Quartet by Lynne Reid Banks, and that’s where I heard about Branwell, the dissolute brother who was supposed to be the genius of the family but ended up being the only one not to become famous for his writing skills or his painting, another project he abandoned.

CPL: The book opens with a modern news report on the finding of the manuscript. What happens there, and why start your book from a modern perspective?

FA: I think it’s a really fun way to start the story. I always love documents in books, so in addition to the newspaper clipping that opens it, I have letters throughout the novel, which I think works by breaking up the narrative and gives the idea of ephemeral artifacts that you’re able to read. The newspaper clipping, which is supposed to be from today, says that a manuscript has been discovered at Queen Ethelberga’s Collegiate, which is a school in Yorkshire, a short drive from York. That school is actually on the site of Thorp Green Hall, where Lydia Robinson lived with her husband and children, and where for a few years Anne Brontë lived as governess. A few years after that, Branwell joined her to tutor the son of the household. In the newspaper clipping, the idea is that Lydia’s manuscript has been unearthed, in which she tells the story of the affair from her perspective.

CPL: From there we move immediately into Lydia Robinson’s story. It’s 1843. Where is she at this point in her life?

FA: I did a lot of research when I was setting out to write this novel. Where to start the novel was a real question for me. I made up a spreadsheet with all the known events in Lydia’s life and the lives of the Brontës. I could have started with Lydia as a child; I could have started with Lydia as a young woman going into her first marriage with Edmund. I also could have started when Anne Brontë comes to the house to become governess. But I ultimately decided to start with January 1843, which is the month that Branwell Brontë arrives in the house to be her son’s tutor.

The reason for that was twofold. One is that this is the inciting incident of the novel as I’ve written it: Branwell’s arrival forces Lydia to confront the realities of her life and, of course, to embark on this disastrous affair with Branwell. But two, I realized from researching what was going on in Lydia’s life. This was an incredibly vulnerable period for her. When the book opens, she’s just come back from her mother’s funeral. Her youngest daughter, Georgiana, has died just a few years before. So you see a woman who, at 43, has lost her youngest child; she’s just lost her mother; her father is senile, so she’s losing his support too; and as I’ve depicted it, her marriage has been extremely negatively impacted by the loss of that child. Lydia is completely unmoored, and her life is changing.

Finola Austin, who blogs as the Secret Victorianist, studied literature at the University of Oxford and wrote a master’s dissertation on the Victorian sensation novelists Mary Elizabeth Braddon and Wilkie Collins. Brontë’s Mistress is her first novel. Her website is https://www.finolaaustin.com.

The Decameron Project Edited by The New York Times, Read by a Full Cast 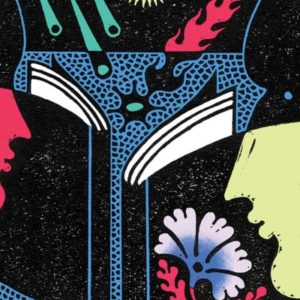 The Decameron Project Edited by The New York Times, Read by a Full Cast