VIA House of SpeakEasy

Ruth Scurr will appear at the September 20th House of SpeakEasy event “This Is Not the End”, alongside J. Michael Straczynski, Alexander Chee, and Colum McCann. Joe’s Pub at The Public Theater, doors at 6pm. Buy tickets here.

“A Life is a short history in which minute details about a famous person should be gratefully recorded.” So wrote proto-biographer John Aubrey (1626-97), the subject of an uncommonly imaginative new book by the British academic Ruth Scurr. Aubrey’s name may not be as famous as some of those who peer out of Scurr’s pages—Charles I (and II), Oliver Cromwell, Thomas Hobbes, Samuel Pepys, William Penn, Elias Ashmole—but with John Aubrey, My Own Life, she makes a powerful case for changing that. “Aubrey deserves to be much better known,” Scurr told me in an interview to mark the US publication of the book, by New York Review Books, last week. “He treasured the details of other people’s lives, but not his own. He was like a brilliant investigative journalist, before the age of journalism. Through his words and records, 17th-century England comes alive again. I wanted to find a way to put Aubrey—who was modest and self-effacing—at the centre of his own life.”

Scurr’s innovation is to write Aubrey’s biography in the form of a diary. “I hit upon the idea when I realized that no one gets crowded out of his or her own diary, no matter how many famous people they know or interesting projects they are pursuing.” The diary form also contributes to the book’s zippiness. Although it’s not the “short history” Aubrey might have imagined, it certainly barrels along. “Sometimes there are short entries, sometimes longer ones, but they are all fragments and you can break off easily, you don’t need to wait until the end of the chapter.”

There are other reasons why the book moves at times with the pace of a thriller. It’s hard to imagine a more exciting period of English history to have lived through: the English Civil War, the execution of Charles I, the Interregnum and the Restoration, the “Great Conflagration” of 1666… In her introduction, Scurr suggests that the age of Aubrey was one where “the English were losing assuredness of their identity to a degree not to be repeated till the late 20th century.” I wondered what she meant.

“Aubrey was writing at a time when the United Kingdom did not exist,” said Scurr. “England, Scotland and Ireland were separate political entities until the Acts of Union of 1707. Thinking back to Aubrey’s time reminds us that we cannot and should not take the UK for granted. England, Scotland and Ireland have different pasts—and it is always possible to find arguments for pulling them further apart again. But after living through the civil war, the one thing Aubrey was completely clear about was the importance of avoiding instability and factional strife. He cursed plotters and those who pursued divisive politics. He hoped for a stable government under which learning and science, art and literature could safely advance. He agreed with his friend Thomas Hobbes that there is nothing more destructive of civilization than civil war.”

Aside from the major political events of his age, Aubrey also lived through a period of intense intellectual inquiry. My Own Life is filled with his speculations on subjects ranging from blood transfusion to chemistry to the origins of Stonehenge. To feed his insatiable interests, he spent a great deal of time both at the newly founded Royal Society and in London’s burgeoning coffee-house scene. “The coffee shops,” Scurr said, “helped people exchange information, either verbally and in person, or through reading the news-sheets and early newspapers. Aubrey, who was a great chaser of information, loved them. For similar reasons he loved the Royal Society, which was founded after the civil war to promote scientific inquiry. But to be a member of the Royal Society you had to pay a fee, whereas anyone could drop into a coffee shop and talk or read about the news.”

All this, the meat of the book—from Aubrey’s testimony on the king’s execution and his late nights in London’s taverns to his nature rambles through Wiltshire—is hung on a framework built on a foundation of brilliant, invisible scholarship. Scurr’s sources, many of them previously unpublished, have been reshuffled, re-orchestrated, and re-presented in a form their own author might never have imagined. The diary form is loose enough to permit, even celebrate, the haphazardness this sometimes produces. While much that’s interesting to the general reader will concern those events of world-historical importance, Aubrey’s character and humor shine through just as powerfully in many of the most inconsequential entries, like this from March 25th, 1673: “On this day my nose bled at the left nostril at about 4 pm. An ill omen, but nothing eventful followed.”

“Because I was writing a biography,” Scurr told me, “I included everything I could find about Aubrey’s own character. He only left a couple of scrappy sheets of autobiography, so I had to look for evidence in his letters and manuscripts and other people’s. He was friends with the scientist Robert Hooke, and he appears regularly in Hooke’s diary, needing to borrow money and offering to sell books. Sometimes in the archive you catch Aubrey’s humor. For example, when he is disagreeing with his contemporary Walter Charleton’s idea that the Danes built Stonehenge as a place of assembly and stood on the stones to cast votes, Aubrey writes in the margin, ‘well they must have been mighty sober,’ since the stones are thirty feet tall!”

The finished work is an Aubreyan masterpiece in itself, preserving precisely the sorts of minute details that preoccupied Aubrey. The diary form excuses the gaps while celebrating the quotidian. “It is true that the diary form I used for Aubrey’s life allows us to cope with the gaps,” Scurr agrees, “the periods where we have only a vague idea where he was or what he was doing, the relationships where we don’t know who the other person was, or what became of them.”

I ask Scurr about her inspirations. “Other 17th-century diarists. I kept thinking: if only we had Aubrey’s diary. We feel we know Samuel Pepys and John Evelyn because we have their diaries. That is where the idea came from. I thought it would be possible to put all the evidence we do have about where Aubrey was and what he was doing in chronological order and that would give a path through his life. But I wasn’t sure the experiment would work, I just knew that was what I wanted to try and do. When I was struggling to find the right form, I read Robert Graves’s I, Claudius again. I even flirted with the idea of writing my book as a novel, but Aubrey was so fastidious about the truth that making things up about him seemed wrong to me. I ended up writing a new kind of hybrid book: a fictional diary based on the historical truth and constrained by the evidence. I didn’t set out to do that though.”

I wonder what effect the glut of information and metadata we produce today will have on the art of biography. “In the future it is unlikely there will be so many gaps. We will all leave an extensive data trail behind us, and anyone who cares to can trace us on a day-by-day, or even hour-by-hour, basis. But in other ways, there will always be gaps. As a biographer I think there are limits to what we know even about our closest friends and relations. I don’t think those profound gaps will ever disappear and in the future the biographer’s craft might revolve more around reminding us of what we don’t know, than cataloging what we do.”

Some readers may try, likely fruitlessly, to spot where Aubrey ends and Scurr begins. “I don’t think of myself as having mimicked Aubrey at all. I was always clear that I didn’t want to write pastiche and didn’t want to pretend to be him. When I contributed my own words, I tried to make them more neutral than his, rather like someone restoring a painting or tapestry. So what I really have experience of is handling Aubrey’s precious fragments and making them more accessible to modern readers. Sometimes I had to include a short entry to help the reader understand the historical events that Aubrey experienced, but I tried to do this unobtrusively. I wasn’t trying to compete with him, or set up a commentary on the Fire of London, or any of the other extraordinary events he lived through. I was trying to provide a framework of support around his own words.”

Scurr’s modesty masks the steep challenge that faced her in knitting together a pseudo-diary by a man she calls “one of the finest English prose writers there has ever been.” How, I ask, would she characterize his genius?

“Aubrey has a wonderful ear and he likes to record voices. He will often capture turns of phrase and figures of speech. For example, he tells us that Ralph Kettell, who was the Master of Trinity College, Oxford, when Aubrey was a student, used to call the lazy boys ‘scobberlotchers’ and ‘turds.’ Aubrey is also very visually sensitive. He records what people and things looked like. For example, he tells us that James Harrington had ‘thick moist curled hair’ and that Thomas Hobbes’s hair was so black when he was young that his schoolmates called him ‘crow.’ Finally, like all talented writers, Aubrey’s human qualities shine through his prose: he is humane, kind, amused and sensitive to others. He did not see himself as a writer, still less as a prose-stylist. Instead he hoped to use language to capture his own era for future generations. He wanted us to see and hear what he had seen and heard. This is what makes his words so vivid and exciting. He was also determined to capture the small details that other people might forget or overlook. So his writing is also full of quirky and unusual observations.”

I wonder what Aubrey’s clear eye would fix on in today’s world. “I’m sure he would comment on Donald Trump’s hair.” Oh yes? “He might, for example, record that it is ‘thin, dry, brittle and combustible like hay that has been flattened by a strong prevailing wind.'” 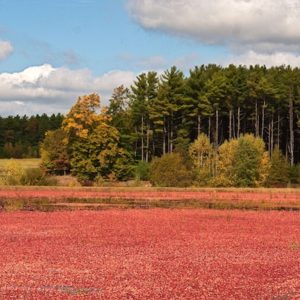 When I was working on The Art of Possibility I used to go on weekends in fall and winter to a cabin south of Boston to do the writing....
© LitHub
Back to top