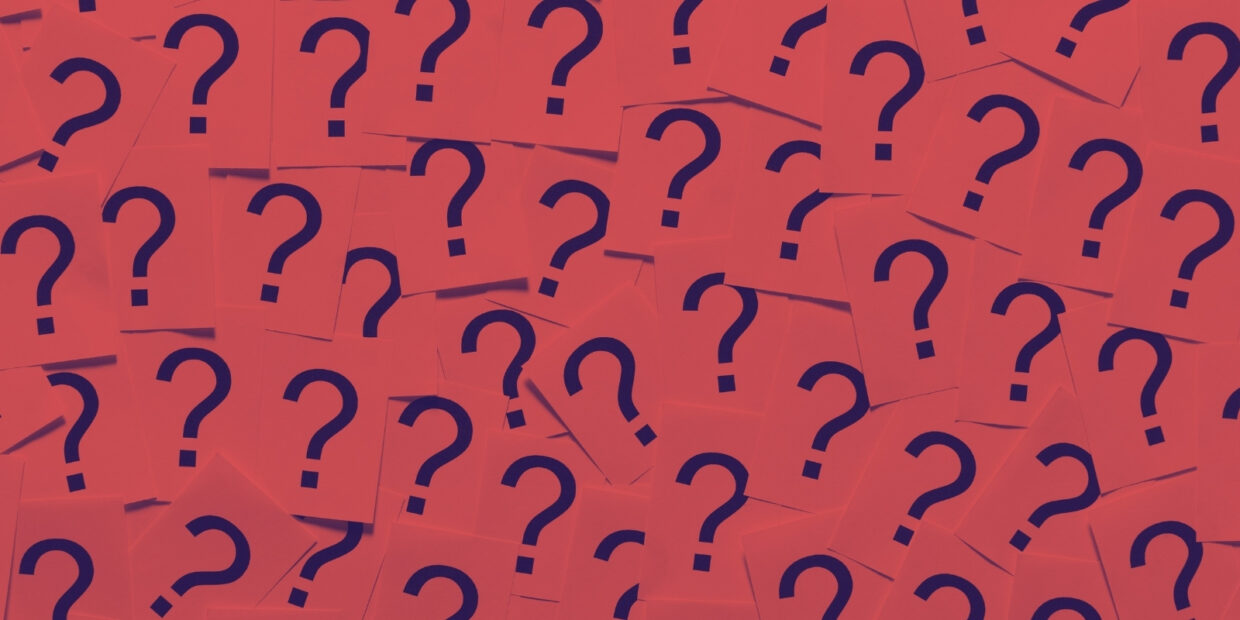 Would you like to try a tool that shows you only the questions in a piece of writing?

In an age when the phrase “just asking questions” can serve as a helpful shorthand for “being a total dick on the internet,” I couldn’t help but wonder: is the question… up to the mark?

Terrible Sex and the City jokes aside, the power of a question in a piece of writing, whether its purpose is rhetorical, philosophical, or poetic, is fascinating to contemplate. Which is what makes this new web tool, which allows users to strip everything but the questions from a piece of writing, is so cool.

Created by writer Clive Thompson—who previously created a similar tool that strips everything but the punctation from a piece of writing—the question tool answers the question… actually, it doesn’t answer any questions, just reveals them.

On his blog, Thompson ran work by Orwell, Didion, and even Dickinson through the tool. The Dickinson is particularly reads almost like a full poem on its own:

Thompson points out that when it comes to fiction, the majority of the questions are found in dialogue, which was true when I ran Raymond Carver’s “One More Thing,” but I still found that result captured the story’s mood rather well:

I also tried the full text of last night’s State of the Union Address, and found the results… somewhat less than stirring.

And finally, because I am a lover of very high-brow things, I tried an episode of Sex and the City (specifically season four, episode eight, “My Motherboard, My Self”). Once again, the vibes—frenetic, anxious, needy—feel right! 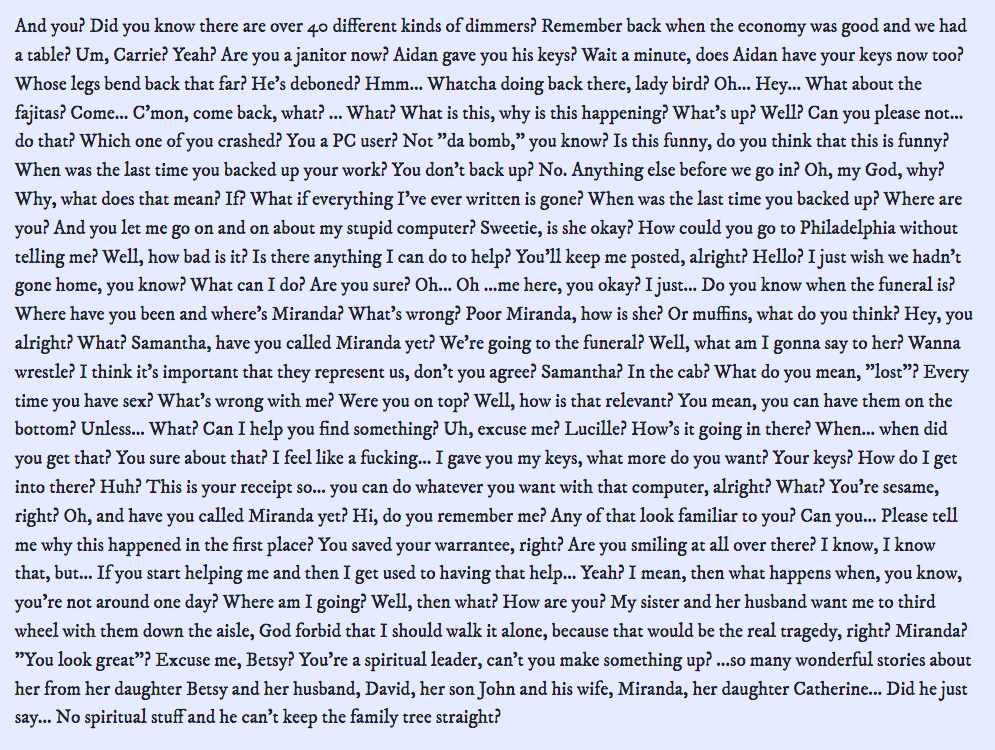