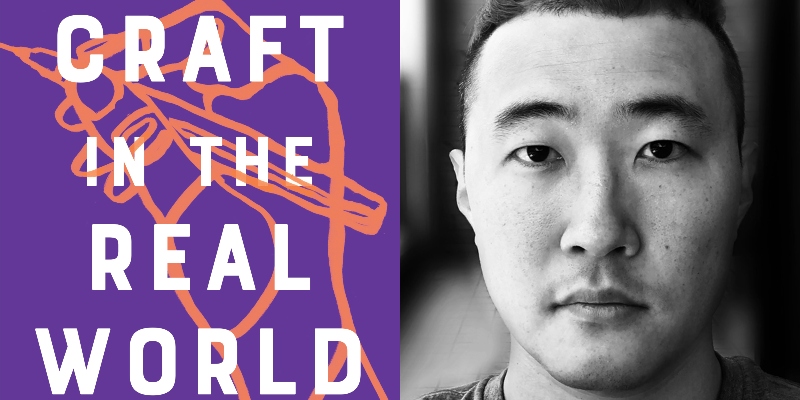 Bestselling novelist Matthew Salesses joins co-hosts Whitney Terrell and V.V. Ganeshananthan to talk about the politics, history, and context driving different modes of teaching fiction writing. After sharing an excerpt from his new book Craft in the Real World, Salesses explains how the traditional creative writing workshop model fails marginalized writers, and why examining craft questions through a range of lenses should matter to both writers and readers. He also reads from his new novel, Disappear Doppelgänger Disappear, which is a finalist for the PEN/Faulkner Award.

To hear the full episode, subscribe to the Fiction/Non/Fiction podcast through iTunes, Google Play, Stitcher, Spotify, or your favorite podcast app (include the forward slashes when searching). You can also listen by streaming from the player above. And check out video excerpts from our interviews at Lit Hub’s Virtual Book Channel and Fiction/Non/Fiction’s YouTube Channel. This podcast is produced by Andrea Tudhope.

V.V. Ganeshananthan: So your book has this really marvelous section, critiquing the decentering of the author in the workshop, which I think is one of the hottest topics about the workshop at present. And I wonder if you could talk about what that means and how that connects to this discussion of race and privilege within the workshop?

Matthew Salesses: So, the typical workshop, just by nature, decenters the author.

Whitney Terrell: I don’t think the mystical writers are going to appreciate being decentered.

MS: Well, the mystical writers probably don’t do a lot of workshopping. They probably believe in their own genius, right? The workshop could be a thing where the author doesn’t really even need to be there. A colleague was saying to me the other day, maybe they could just tape the workshop and then play it for another writer later. Because they’re so not a part of the workshop at all, when you’re just kind of being silent and sitting there while other people are talking about the work, as if you aren’t the writer of the work and have nothing to say about it. The basic idea is trying to get the author back at the center of the workshop and invest the power of feedback, criticism, and process back into the author themselves. Who’s writing the story is really the question at hand. I think it’s a pretty simple thing to consider.

WT: I’ve been thinking about this a lot in recent years. Beth Nguyen, who’s a friend of ours and has been on the show, has written about it a fair amount on social media, and I started to read books about it, and it’s changed the way that I view the workshop. The other thing is, to resist that idea that you should stop decentering the author—you have a line here, “for more privileged writers, their decentering in a workshop is countered by their centering in the rest of the culture.” So it’s easier if you’re the majority to be quiet and stay out of the way. But if you’re a minority, and suddenly you’re having a group from the majority discuss your work, and perhaps not in the most intelligent way, that is a more difficult project, it seems to me.

MS: I have a few pet theories on this topic.

WT: That’s what you’re here for.

MS: One is that it makes sense for the workshop to be silent and for somebody to listen to their peers talk about the work if everybody’s got a very similar cultural background. And especially if people are used to being heard—like a straight white male or upper middle class Protestant person is probably the prototype of the writer’s workshop. And in that context, it might be useful for somebody to shut up and listen to 11 other people very much like them, who are their ideal audience, tell them what they see in the work.

WT: So maybe the mystical writer would be okay with the decentering. I was wrong at the beginning with my joke.

MS: I don’t know if the mystical writer would be aware that their race was even the part of the work.

MS: The workshop as it is now is not so homogenous, hopefully. And people who come to writing—here’s the other pet theory—a lot of them I think are looking to get out of writing the kind of agency that they don’t get in life. That on the page, you make decisions, you have the power to make every single decision that happens on the page. And for me, the process of revision is a process of making more and more conscious and conscientious decisions. So even if you start with the mess of your unconscious—and this is why people say it’s similar to therapy—you work through various stresses until you have something that stands much closer to your intentions, whatever they are, at that point in time. For me, they change a lot. For some people, they are more similar to where they start from. But when you’re a marginalized person in life and that agency and storytelling power is taken from you all the time, and you’ve gone to the page to find it, and then you get in the workshop and give it to all these other people who are also invested in it, who’ve read it carefully and yet try to—intentionally or not—take that from you and make it theirs … is a pretty hard place to sit in. And not necessarily very good for your writing. I would argue it’s pretty bad for your writing. The back end of that, where a very privileged writer can step out into the real world and have their privilege reaffirmed, have their storytelling and voice reaffirmed, that doesn’t happen for somebody who then steps back into a world where six people who vaguely look like them have been shot in Atlanta or something. The world isn’t gonna re-empower you.

VVG: This conversation is deeply compelling for me. I’m interested in your thoughts on how this matters to someone who’s a reader, not a writer, who’s interested in politics and literature, who is on board with everything that you’re saying, would be happy to call it quits with creative writing workshops entirely, and who comes here for us to talk about politics and the news and literature and how those things are knit together … and not the process of writing, and is so incredibly bummed to hear us talking about workshop yet again. How do you think that someone who identifies primarily as a reader thinks about the concept you’re offering up in your book?

MS: I think that people go into certain books, at least, thinking, this will help me to become a better reader, and that people go into books thinking, this will help me to become a better person. And I don’t think those things are that disconnected. If we have a lot of faith in books, we probably think they’re fairly connected indeed. And probably the demographic information about who reads a lot of books, and what kind of politics they generally have, probably bear that out. As we become better readers, we become better people. As we become better writers, we become better people. We’re opening our minds to different ways of telling a story and different ways of being in the world. And that’s always going to be, hopefully, a helpful thing for us, as we live our own one life that’s connected to all these other lives.

Transcribed by https://otter.ai. Condensed and edited by Andrea Tudhope.

Bishop Michael B. Curry on Hopeful Lessons from the Civil Rights Movement 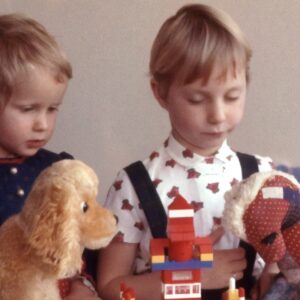