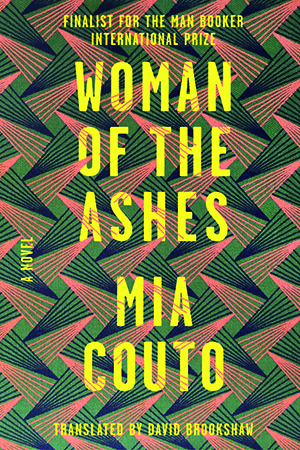 The following is from Mia Couto's novel, Woman of the Ashes. Set in 1894, Mozambique is under Portugal's colonial rule. Fifteen-year-old Imani is hired as an interpreter by Germano, the Portuguese sergeant posted in her village. Mia Couto is a Mozambican writer and biologist. He has won the Camões Prize for Literature, the Neustadt International Prize for Literature, and was a finalist for the 2015 Man Booker Prize.

Mother says: Life is made like string. We need to braid it until we can no longer distinguish its threads from our fingers.

Each morning, seven suns would rise over the plains of Inharrime. In those times, the firmament was much larger, and all the stars were contained within it, the living and the dead. Naked just as she had slept, our mother would leave the house, a sieve in her hand. She was going to choose the best of the suns. With her sieve, she would gather up the remaining six stars and bring them back to the village. She would bury them next to the anthill behind our house. That was our graveyard for heavenly creatures. One day, if we ever needed to, we would go and unearth stars. With such a bequest, we were not poor. That’s what our mother, Chikazi Makwakwa, said. Or just mame, in our native language.

Whoever visited us would be aware of the other reason for this belief. It was in the anthill that we buried the placentas of newborn babies. A mafura tree had taken root on top of it. We would tie white cloths around its trunk. It was there that we talked to our dead.

But the anthill was the opposite of a cemetery. It was a guardian of the rains, and within it dwelt our eternity.

One day, when the morning had been well sieved, a boot trampled on the sun, the sun that Mother had chosen. It was a military boot, like those worn by the Portuguese. This time, however, it was worn by an Nguni soldier. The soldier had been sent by the emperor Ngungunyane.

Emperors hunger for land, and their soldiers are mouths that devour nations. That boot shattered the sun into a thousand pieces. And the day turned to darkness. All the other days as well. The seven suns were dying under the soldiers’ boots. Our land was being gobbled up. Devoid of stars to nourish our dreams, we learned to be poor. And we lost our eternity too. Knowing that eternity is merely another name for life.

My name is Imani. The name I was given isn’t a name. In my mother tongue, Imani means “Who’s there?” You knock on a door, and from inside someone asks:

So my identity was merely a question. As if I were a shadow without a body, the endless wait for an answer.

In our village of Nkokolani, it is said that a newborn’s name comes from a whisper heard before birth. In a mother’s womb, it is not just another body being woven together. A soul, the moya, is being produced. While still in the darkness of the womb, this moya is gradually made from the voices of those who have already died. One of these ancestors asks the new being to adopt his or her name. In my case, the wind whispered Layeluane, the name of my paternal grandmother.

As tradition required, our father went to consult a medicine man. He wanted to know whether we had captured that spirit’s genuine wish. And the unexpected happened: the soothsayer refused to confirm the legitimacy of my baptism. It was necessary to consult a second medicine man, who, generously and in return for a payment of one pound sterling, assured him that everything was in order. However, because I cried ceaselessly during the first months of my life, the family came to the conclusion that I had been given the wrong name. Auntie Rosi, the family’s own soothsayer, was consulted. After she had cast her magic bones, our aunt declared, In this girl’s case, it’s not her name that’s wrong, it’s her life that needs to be put right.

“I don’t know why I am spending so much time explaining all this, for I wasn’t born to be a person. I’m a race, I’m a tribe, I’m a sex, I’m everything that stops me from being myself.”

My father withdrew from his duties: my mother needed to deal with me. And that is what she did, naming me “Ash.” No one knew the reason for such a name, which in fact didn’t last long. After the death of my sisters, swept away in the floods, I was given the name “Live Girl.” That’s how they referred to me, as if the fact that I had survived were the only feature that distinguished me. My parents would tell my brothers to go and see where the “Live Girl” was. It wasn’t a name. It was a way of not admitting their other daughters were dead. The rest of the story is even more nebulous. At some stage, my dear old father reconsidered, and eventually reached a decision. I would be given a name that was not a name: Imani. At last, the order of the world had been re-established. The attribution of a name is an act of power, the first and most decisive occupation of some foreign territory. My father, who complained so bitterly of other people’s empires, reaffirmed his status as a little emperor.

I don’t know why I am spending so much time explaining all this, for I wasn’t born to be a person. I’m a race, I’m a tribe, I’m a sex, I’m everything that stops me from being myself. I’m a black woman, I belong to the VaChopi, a small tribe on the coast of Mozambique. My people dared to oppose the invading VaNguni, warriors who came from the south and installed themselves here as if they were the owners of the universe. In Nkokolani, people say that the world is much too big for one owner alone.

Our land, however, was disputed by two rival overlords: the VaNguni and the Portuguese. That was why they hated one another so much and were at war: they were so alike in their motivations. The VaNguni army was much larger and more powerful. As were their spirits, which ruled on both sides of the frontier that tore our lands in half. On one side, the Empire of Gaza, controlled by the Nguni chief, the emperor Ngungunyane. On the other side, the Lands of the Crown, ruled by a monarch that no African would ever see: Dom Carlos, king of Portugal.

Our other neighbors had adapted themselves to the language and customs of the black invaders arriving from the south. We VaChopi are among the few who inhabit the Lands of the Crown and who allied themselves with the Portuguese against the Empire of Gaza. We are few in number, protected by our pride and surrounded by the khokholos, wooden palisades that we build around our villages. We were so hemmed in by these protective measures that we knew every stone by name. In Nkokolani we all drank from the same well, and one drop of poison would be enough to kill the whole village.

Countless times we were awoken by our mother’s cries. She would sleep and shout, wandering through the house with a sleepwalker’s gait. During these nocturnal fits of delirium, she would lead her family on a journey across marshlands and streams and through the landscapes of her imagination. She would return to our old village on the shores of the ocean, where we had been born.

In Nkokolani, we have this proverb: If you want to know a place, speak to those who aren’t there; if you want to know a person, listen to that person’s dreams. Well, this was our mother’s only dream: to return to the place where we had been happy and where we had lived in peace. Her longing was infinite. In fact, is any longing not infinite? The digressions that occupy my mind are of a very different order. I don’t shout or wander through the house. But not a night goes by when I don’t dream of being a mother. And today I dreamed yet again that I was pregnant. The curve of my belly rivaled the arc of the moon. But this time, what happened was the opposite of a delivery: it was my child who expelled me. Maybe that is what the newly born do. They free themselves from their mothers, tear themselves away from their mothers’ lone, borderless bodies. Well, my dreamed–of baby, a creature without face or name, was ridding itself of me in violent, painful spasms. I awoke in a sweat, with terrible pains in my back and in my legs.

Then I realized: it wasn’t a dream, it was my ancestors paying me a visit. They were bringing me a message. I was fifteen years of age, and they were warning me that I was late to motherhood. All the girls of my age in Nkokolani had become pregnant. Only I seemed condemned to a barren fate. In fact, I wasn’t just a woman without a name. I was a name without a person. Without substance. As empty as my belly.

From Woman of the Ashes. Used with permission of Farrar, Straus and Giroux. Copyright © 2018 by Mia Couto. 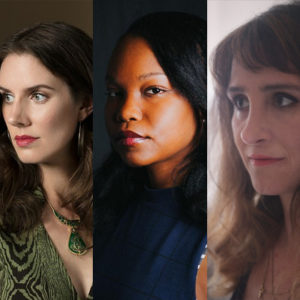 5 Writers, 7 Questions, No Wrong Answers The Lit Hub Author Questionnaire is a monthly interview featuring seven questions for five authors with new books. This month...
© LitHub
Back to top