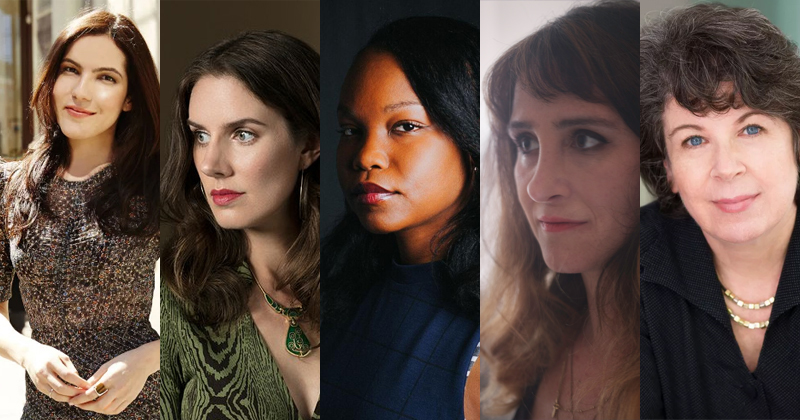 Sloane Crosley: One eye wide, the other squinting. Humor, adventure, etiquette, mortality, love, strangers—the book version of Statler and Waldorf snickering in the balcony box of the Muppet Theatre.

Nafissa Thompson-Spires: Being black (and often middle-class, nerdy, with interests in cosplay, ASMR, and code-switching) in this allegedly postracial era.

Meg Wolitzer: Female power, making meaning in the world, and the person you might meet when you’re young who sees something in you and has a big and lasting influence.

MW: Different older women I knew who were generous to me when I was young. Also, feminism, which I watched have a big effect on my mother when I was young. Also, novels I’ve read that have been big and absorbing. (That makes fiction sound like a double-roll of paper towels, though I am trying to get at something else—the notion of fiction as immersive.)

LJ: This book was influenced by spending lots of time in archives, by getting married, by twelve-step recovery, by the diaries of desperate people.

SC: Essays from a T-shirt gun, into the crowd of life events. Some box seats of calm, but mostly nosebleeds of bemused chaos.

NTS: A terrible, invisible, chronic illness that was, at the time, undiagnosed; procrastination on revising a novel; embarrassing nights of WebMD searches; a lot of doctors’ appointments.

LJ: A lot of seltzer water and lime.

MW: Empty nest, sons grown and gone; living with another writer who works all the time too, so I had lots of free time to work and work and obsess over the things I really needed to get right. (Everything.)

MW: Well, that’s a strong word you used there, but I would say that I am not a fan of the phrase “domestic fiction.”

NTS: “It’s too academic.” Like, what is the alternative to that? “Maybe I’m not smart enough to get your writing.” You said it; I’m nice, so I wouldn’t have.

SC: “Madcap.” “Zany.” Anything that sounds like Zooey Deschanel set up camp at Grey Gardens. I also don’t like “lighthearted” because, to me, it’s code for “lacking in depth” or some vaguely derisive commentary on my chosen topics. It also seems superfluous, especially when there’s already been a baseline of humor established. Like you wouldn’t say “heavy-hearted humor,” even though a couple of the essays are just that. You just wouldn’t say it.

MW: Psychoanalyst. I’m not 100 percent sure it’s not too late for me to enter a psychoanalytic institute to train to be a lay-analyst and party like it’s… 1958.

SC: Archeologist ballerina translator. One job. I want to meet the person who answers this with “digital strategist for a pharmaceutical company.”

NTS: I always wanted to be a standup comic or a youth TV writer. I wish I had created Degrassi or Yo Gabba-Gabba!, legitimately.

LJ: Surgeon. How amazing to be irrefutably useful.

SC: I have a handle on timing. And I can stick a landing, which one regularly has to do with essays because, well, they end. A lot. In Look Alive Out There, there are sixteen endings. For fiction, I would like to be better at plot. That’s a pretty broad thing to say. But if I could break down what I mean, I probably wouldn’t have this problem.

NTS: I think I can work a long sentence. I’m no David Foster Wallace, but I dabble in complicated syntax and pushing the boundaries of narrative structure more generally. I’m decent at satire and writing humor (though don’t ever ask me to verbally tell you a joke). I’d like to become more skillful at writing realism, without humor as a device, but realism scares me.

PW: I’ve gotten better with structure, pacing, and sensory details. I’m a human typo. I don’t trust my vocabulary. I require a daily, three-hour spiral of regret and shame before I type a single word.

MW: Descriptions of small, passing moments between people. (I used to get praise for these when I was an undergraduate taking workshops.) I would like to have much more of an eye for the natural world.

NTS: I bury it under the hubris of writing for myself: I write what I’d want to read, what I wish had read, what I feel I need in any particular moment. I don’t think I’m the first, the last, the best, or the worst, but I always believe that I have something worth saying, even if I’m my sole audience.

MW: Well, the idea of living in a world without fiction makes me feel much worse than the hubris of being someone who asks people to read my fiction. I’m not saying readers should primarily be interested in me; I’m just asking for a small space on some readers’ very crowded bookshelves once in a while. I’m happy to be in good company.

LJ: I believe in the unexceptional life as a story worth telling.

SC: I don’t. That concern never comes when I’m writing, only in giant waves afterwards. My entire life’s work is, in this way, like one long drunk text. Please enjoy my output!

PW: When I was 13, I was the only 13-year-old I knew obsessed with Jim Morrison. Then, I went to summer camp and met two other girls with the same obsession. It was nice to know I wasn’t alone. 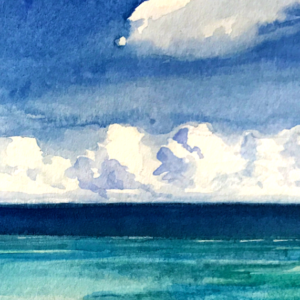 When I was younger, before the silence came, my father blasted classical music and, on occasion, jazz through our mountain...
© LitHub
Back to top