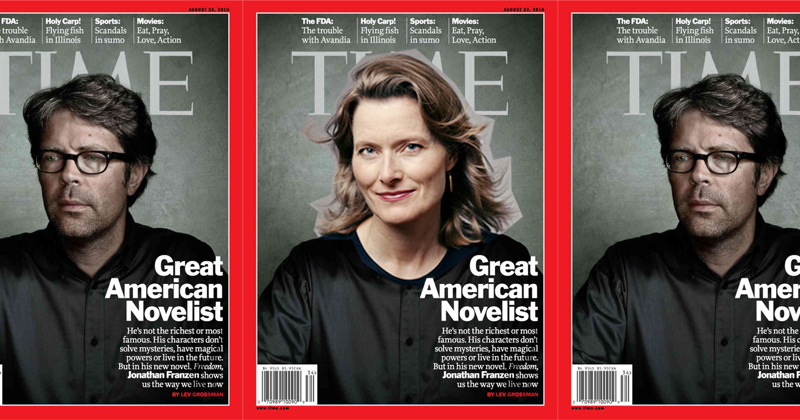 Will 2021 bring the Jonathan Franzen vs. Jennifer Egan rematch we’ve been anticipating for a decade?

Think back, if you will, to the simpler time that was 2010. That summer, both Jennifer Egan and Jonathan Franzen published novels—but not just any novels. Both Freedom and A Visit From the Goon Squad were critically acclaimed, commercially successful, prize-winning novels. They were the two biggest novels of the year (though pour one out for The Thousand Autumns of Jacob de Zoet). So perhaps it shouldn’t have been surprising that The Discourse (or whatever ancient equivalent we had a decade ago) set the two books in direct opposition to one another.

As you may remember, if you are an old literary internet hand, both books were finalists for the National Book Critics Circle Award, and when Egan won, the LA Times‘ headline read “Egan beats Franzen in National Book Critics Circle fiction prize.” The dek didn’t even name A Visit From the Goon Squad: “The Jennifer Egan work beats Jonathan Franzen’s Freedom. The nonfiction award goes to The Warmth of Other Suns: The Epic Story of America’s Great Migration.” Beneath both of these was a big ol’ picture of J-Franz. Yikes!

Freedom won the John Gardner Fiction Award, and that was the year Franzen was on the cover of TIME, then the first living American novelist in a decade to be honored thusly, but A Visit From the Goon Squad officially trounced the Jonathan Franzen work when it was awarded the Pulitzer in 2011. Adios, Franzenfreude. This was all, if you’re wondering, a rare case of things shaking out as they should have (at least in a relative sense): Freedom is a good book. A Visit From the Goon Squad is better.

But the reason I’m bringing all of this up at all is that this year, a full decade after Egan cemented her victory over Franzen with that Pulitzer, and for the first time since 2010, both writers have new novels coming out. And they’re both currently slated for October.

At the moment, we know a few things about Franzen’s book, and next to nothing about Egan’s, except that it’s called The Thing That Changes Everything. Both writers have published one novel since, both of which were received with more tepid reviews than their 2010 hits (though Manhattan Beach was certainly better liked than Purity, and while both were bestsellers, Purity famously underperformed). Is there much of a chance that these two writers could cause the same kind of drama in 2021 that they did a decade previous? Almost certainly not, especially considering, as Hillary Kelly has pointed out, the result was part of a larger trend. But honestly, considering all the hell we’ve been through, I am yearning for, (and think we deserve) some low-stakes literary drama, especially if we get a happy ending. So . . . fight?