Why We Still Need to Tell the Stories of the Holocaust

This week on Just the Right Book with Roxanne Coady, Julie Orringer and Rebecca Frankel joins Roxanne to discuss their books, The Invisible Bridge and Into the Forest: A Holocaust Story of Survival, Triumph, and Love as well as Mala Kacenberg’s new book Mala’s Cat: A Memoir of Survival in World War II.

And the way that Mala Kacenberg writes about it at times in the book is that some of the soldiers she encounters were poor students of Nazism and did not ascribe to all of the beliefs that they were meant to uphold. But then in other circumstances, she appealed to people’s humanity. There was one moment where her father, having been discovered by some Nazi officers in a barn where he had fled, he was about to be killed and she defied a soldier in that moment saying, “I am putting myself in front of my father here. Imagine at some point your daughter has to plead for your life because circumstances will be reversed.” And this person just seemed to have a moment of horror and then just departed.

But her speculation in the book, she, too, was shocked. I mean, part of the reason I think we believe in the circumstances that she describes is because she seems to share our incredulity at those moments. He must have actually had a young daughter who he was thinking of at that moment. And the thought of the circumstances being reversed must have sort of appealed to his sense of compassion or humanity. She really never lost the sense that she was dealing with other human beings. And that includes her desire for revenge on those human beings.

Julie Orringer is the author of the award-winning short-story collection How to Breathe Underwater, which was a New York Times Notable Book. She is the winner of The Paris Review’s Discovery Prize and the recipient of fellowships from the National Endowment for the Arts, Stanford University, and the Dorothy and Lewis B. Cullman Center for Scholars and Writers at the New York Public Library. She lives in Brooklyn, where she is researching a new novel.

Rebecca Frankel is a longtime editor and journalist. She is the author of New York Times best-selling book War Dogs: Tales of Canine Heroism, History, and Love and Into the Forest: A Holocaust Story of Survival, Triumph, and Love, which was named one of “The Ten Best History Books of 2021” by Smithsonian Magazine, and a 2021 National Jewish Book Award finalist. She was formerly executive editor at Foreign Policy magazine and managing editor of Moment magazine. Her editing work has garnered multiple accolades including a Polk Award for coverage of the 2015 MSF Hospital bombing in Kunduz, Afghanistan. Rebecca’s articles have appeared in The New York Times, The Wall Street Journal, The Atlantic, and The Washington Post, and elsewhere. She’s been a guest on Conan, PBS NewsHour, The Diane Rehm Show, and BBC World News, among others. 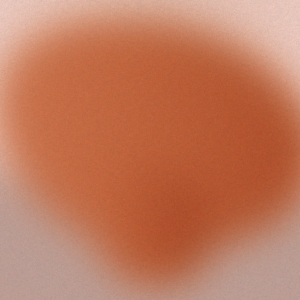 Literary Hub is pleased to reveal the cover for Szilvia Molnar’s debut novel, The Nursery, forthcoming from Pantheon in March...
© LitHub
Back to top