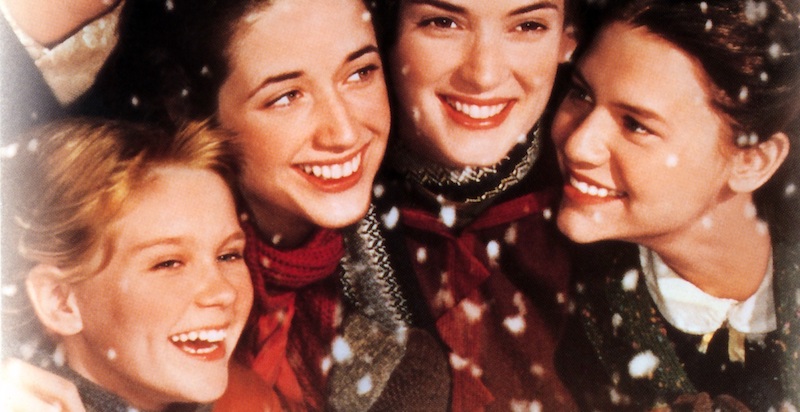 At Heart, Retelling is an Act of Love

As Little Women prepares to turn 150 years old next year, at least three new adaptations are in the works. Sony Pictures has Greta Gerwig working on a script, an independent film starring Lea Thompson will be a modern adaptation, and now the BBC has announced that it will produce a 3-hour miniseries for Masterpiece Theater, to be shown in the US on PBS.

The news that Little Women would be getting the “Downton Abbey” treatment went viral among Alcott fans. With the script writer, Heidi Thomas, coming from the set of “Call the Midwife,” most were excited about the possibilities of a faithful adaptation. A few were nervous, on the heels of the bad press about the Anne of Green Gables reboot on Netflix, written by “Breaking Bad” writer Moira Walley-Beckett and including dark scenes not in the book. When the CW began developing a gritty dystopian version of Little Women two years ago, the jeers were loud and unanimous and may have been the reason why the show was never made. What Little Women fans want above all is a dramatization that brings the book to life without dimming the warm, nostalgic feelings they have for Marmee and her girls. If anyone could promise such a version, then surely Masterpiece could.

A few grumblers, however, weren’t thrilled by the Masterpiece news. The Boston Globe groused, “Do we really need another movie based on ‘Little Women,’? . . . We know what our answer is, but PBS and the BBC have other ideas.” Bookriot’s Amanda Nelson wrote, “Didn’t know we needed another Little Women adaptation, but I’m still going to watch it. Of course.” Little Women has been done, it seems, and so well that we would do best to leave it alone.

This kind of argument comes up whenever a revered story gets retold—when a film is remade, a historical event is reinterpreted, or a biography is rewritten. The best stories, however, are living things, and as much as we may cherish the original, the true act of love comes in the retelling. While some Alcott fans told me online that the story of the March sisters is too “sacred” or “precious” for adaptation or, God forbid, updating, I relish every new effort to recreate Marmee and her girls. The truest sign of a book’s value to its readers is not only how many editions are in circulation, or how many times a treasured copy is passed down from one generation to the next, but how many times the story gets retold. Measured against this standard, Little Women must be one of the most beloved stories of all time.

“The best stories are living things, and as much as we may cherish the original, the true act of love comes in the retelling.”

The adaptations that most people know and love are the films starring Katherine Hepburn in 1933 and Winona Ryder in 1994. The 1949 film with June Allyson and Elizabeth Taylor is also memorable, if only because it was broadcast on television for decades. But there have been dozens of other adaptations, including plays, musicals, films, miniseries, anime series, and an opera, not to mention the oodles of retellings in book form.

The first adaption of Little Women was a Broadway play in 1912 that almost never saw the light of day. The book was still in copyright then, and Alcott’s heirs, two nephews and a niece, felt it would be a “sacrilege” to put their family upon the stage (for the Marches were thinly veiled versions of the Alcotts). It took eight years for the playwright Jessie Bonstelle to convince them of her complete reverence for the Alcott family and their story. When the play finally premiered, it was lauded for the way it reminded audiences of the book. And the family decided that the story of Little Women had not been hurt by the play at all but actually strengthened by “bringing its story into the lives of people who have never read it,” particularly the men and boys who accompanied their wives and sweethearts to the theater. From that day, Little Women began to live not only as a book but as a cultural phenomenon.

Thereafter quickly followed two silent films, one in the U.S. and one in Britain (both have been lost), and the play was revived on Broadway and in London many times. Then with the advent of television, the versions multiplied, including a musical (starring Florence Henderson), a ballet (with Joanne Woodward as Marmee), and multiple foreign-language versions across the globe in Europe, Asia, and South and North America. In the U.S., the most significant TV production was a four-part miniseries on NBC in 1978, starring Susan Dey as Jo.

The BBC, however, wins the prize for the most Little Women adaptions. It has already made four of them—two miniseries in the 1950s, a 1956 movie “A Girl Called Jo,” and an astonishing nine-part series in 1970. Only the last is still available, but only on VHS tape. There are a some poorly recorded selections online. The best thing about the mini-series is that they say “Marmee” the way the Marches would have said it, without the hard “r,” so it sounds more like “Mommy.” Being the BBC, the actors all have British accent and so drop their r’s, as New Englanders did and still do. Otherwise, there is not much to recommend it, unless you enjoy such nonsense as Amy refusing to say the word “breast” as she is about to thrust a dagger into it while rehearsing the lines of Jo’s play, or, at the end, Professor Bhaer telling Jo that it is a German woman’s duty to obey her husband. Neither of these moments occurs in the book, thank goodness.

Nor, for that matter, do many of the key scenes in the much-loved Hollywood films. The one that gets rehashed time after time is Professor Bhaer helping Jo to publish her book, which he brings to her at the end of the film. In the original, Jo experienced significant success with her writing, and Bhaer had nothing to do with it. There is world of difference between the films’ portrayal of Bhaer as the facilitator and gatekeeper of her career and the book’s portrayal of Jo as an independent artist.

If any of the new versions of Little Women follows the pattern of remaking the previous films as much as retelling the original novel, then I would have to agree that we don’t need another adaptation. Let us hope that the new writers forget the earlier films and go back to Alcott’s original tale. It would be nice to see some new parts of the book that haven’t been filmed before, such as Marmee’s struggles with her anger, or Meg’s difficulties adapting to being a new wife and mother. Meg’s jelly disaster and her subsequent fight with John has always been one of my favorite scenes in the book. But most of all, revisiting Little Women gives us all a chance to rediscover the bold elements of the book that earlier adaptations left out or altered.

“There is world of difference between the films’ portrayal of Bhaer as the facilitator and gatekeeper of her career and the book’s portrayal of Jo as an independent artist.”

Each version of Little Women is an interpretation that reflects the era in which it was created, and, not surprisingly, they have all stressed the book’s romances over the theme of growing up and discovering one’s talents. Jo’s literary career has been repeatedly downplayed, and Amy’s adventures in art almost completely ignored. Even the 1994 film, while undoubtedly the most “feminist” of all the adaptations, was simultaneously straining to appeal to the “family values” crowd.

Ironically, the 1994 film, the one most beloved by Alcott fans, is also the least faithful of the major adaptations. It takes only a very small percentage of its lines from the book; nearly all of it is invented by Robin Swicord. But in her mind, Swicord was being faithful not simply to the book but to Alcott, who had been hampered by the era she lived in. That is true, but there is also much to discover in the book that would appeal to our contemporary sensibilities about gender roles and identity.

What if the new adaptations truly let Jo be the boyish tomboy she is, who cares nothing for her looks and is, let’s face it, not beautiful by society’s standards? And, what if Laurie was allowed to be a bit of the effeminate boy he is in the book, who is called “Dora” by his classmates and loves to play the piano? Generations of boys and girls reading the book have felt comforted by its portrayal of Jo and Laurie, encountering, often for the first time, male and female characters who don’t conform to traditionally feminine and masculine roles. Perhaps as a culture we have finally reached the point where an adaptation of Little Women could acknowledge the depth of the novel’s gender-bending, thus staying true to the novel while also reinterpreting it for a new generation.

So, yes, we most definitely do need new adaptions of Little Women, preferably ones that explore new aspects of the book earlier filmmakers have ignored. Every generation deserves its own Little Women, and ours may finally be ready for the story Alcott actually told. 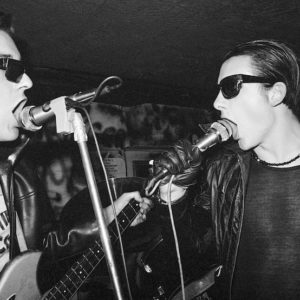 Writing under the nom-de-typewriter “Jonh Ingham” for the weekly music paper Sounds, John Ingham saw The Sex Pistols...
© LitHub
Back to top