Why the Robot Takeover Isn’t Coming Any Time Soon

There are times when I’m struck by how extraordinary writing, text, and the human capacity for literature are; how of all the organically evolved orders language is the most remarkable. For example, this occurs when I read about the production of Ruben Östlund’s most recent film The Square. The actor Claes Bang says: “There was this one scene that needed at least one hundred takes. At take 95, Ruben pulled me over, pointed at his monitor and said: ‘Look! Enough of this awful TV-acting, get it together!’ It was like a kick to the head” (Svenska Dagbladet, May 22, 2017).

As an author, I too rework most passages 100 times, and with the 95th comes the worry that the text will never be rid of its club foot. The wonderful thing is that here, nobody will be degraded or receive a tongue lashing. And when I make cuts to the text and eliminate whole characters or arguments, no one is disappointed to have ended up on the cutting room floor and there’s no producer raging about having spent money on unnecessary labor. Only the author has been engaged, whereas the poor film director has from the very start relied on countless workers’ abilities and in this way is subjected to their shortcomings.

It’s always others who will realize the director’s inner vision. The author only engages help once the work is done. For these reasons writing is not despotic, and it’s hardly heroic. The conditions of production are grueling but not complicated. Whereas filming must take place with actual bodies and objects in the troublesome material world, the author only works with representations and language. This is a grace.

And all of this has to do with the essence of language and writing. Language is abstract, film concrete and material. The text can say human, whereas the film can never show human, it has to be a particular human with certain qualities. Text is furthermore the only medium that can say would have had or not, no one, nothing.

In the physical world, negations and the conditional mood do not exist. They belong to a meta level, to thinking about the world and its depiction in language. These intrinsic abilities of people and language have made text the prime medium of the intellect, and set it in harmony with the distinctiveness of humankind. To be human means being able to abstract, conceptualize, and interpret.

Plato’s Socrates is skeptical of writing, the set text, because it is mute and does not respond when addressed. To him it seems as undialectical as empirical measured data. “[W]riting shares a strange feature with painting. The offspring of painting stand there as if they were alive, but if anyone asks them anything, they are solemnly silent . . . if you question anything that has been said because you want to learn more, it gives just the same message over and over . . . And when it is faulted or attacked unfairly, it always needs its father’s support; alone it cannot defend itself or come to its own support” (Ed. Cooper, John M., Plato: Complete Works, trans. Alexander Nehamas and Paul Woodruff. Hackett Publishing Company, Indianapolis/Cambridge 1977, p 552e).

But this isn’t a problem of writing so much as of language. What is essential for the creature of language is, thus, to keep alive its power of dialectical thinking, to carefully ward its knowledge of the material world’s relationship to language and thought. You could also call this intellectual integrity.

With his method of investigation and argumentation, Plato and his teacher Socrates compensate for language’s built-in muteness, what ensures that there is always a risk of statements decaying into rhetoric, empty ornamentation. And in the same way, the reading and dialectically interpreting reason acts as compensation in the encounter with mute writing, that which cannot alone “defend itself or come to its own support.”

Most essential to text-based work is the insight that language can never be material. Speech does not create the world. Humans know this, but robots do not. If there’s anything lacking in the artificially intelligent robots I have encountered, it is precisely this dialectical capacity; their access to meta levels is dismal, which makes it difficult for them to understand context as well as wordplay. That’s why they so often seem half-witted even though they’re aces at chess and can enumerate all the decimals in pi.

Robots don’t really have language even though they can speak; they have data but not understanding. Presumably, one of their problems is that those who program them consider Plato’s dialectical philosophy to be obsolete, wrong, and metaphysical. The robot is raised to be a positivist.

But if the goal is for them to understand us people in order to perform tasks for us they must be programmed to have their own emotional life and the insight that the ability to abstract is a human commodity. For the robot, language seems to be a fixed material, whereas for the dialectical human it describes and it makes the material comprehendible. As long as robots haven’t deeply understood the difference, they will continue to be subpar servants, and terrible masters.

–Translated from the Swedish by Saskia Vogel

Lena Andersson (b. 1970) is a novelist and columnist for Dagens Nyheter, Sweden's largest morning paper. She lives in Stockholm where she is considered one of the country's sharpest contemporary analysts. Her novel Wilful Disregard won Sweden's prestigious August Prize. 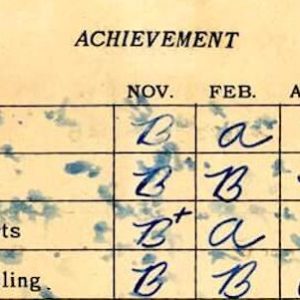 Maybe Becoming a Poet Just for the Praise Was Not a Good Move When I was a kid, I wanted to be an actor. When I performed, adults told me I was good. I probably was, for a kid. Even other...
© LitHub
Back to top
Loading Comments...