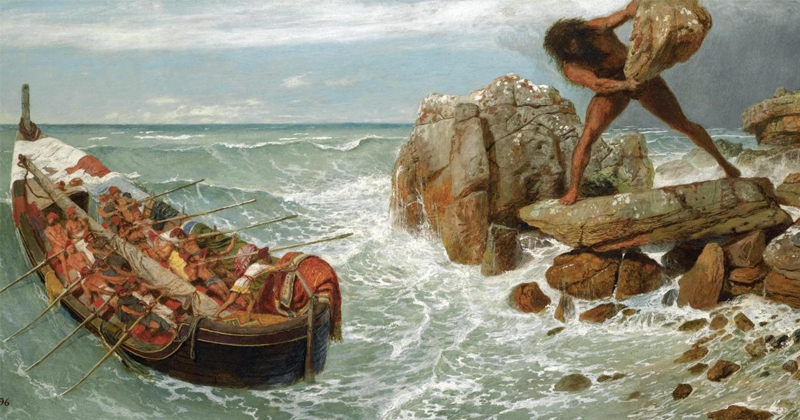 On the Surprising Relevance of the World's First Novel

I’ve taught English in a public high school in Los Angeles for over two decades. Years ago, I tackled The Odyssey. I love its stories (they’re still fun to read), and it’s a pillar of Western literature, the foundation behind most quest and fantasy novels. Teaching Homer to underserved city kids seemed like a hard sell, but it really wasn’t; in fact, it was surprisingly more rewarding than many of my other adventures, like Kafka’s Metamorphosis, or The Catcher in the Rye, for example. Why? Because Kafka’s German-Jewish Prague of the 1920s, and Salinger’s 1950 Manhattan, were, for my students, even more fantastic and alien than Homer’s mythic monsters.

In my 12th-grade class, many students had heard of the Cyclops and Ulysses, but experiencing the entire Odyssey was new territory for most of them. Tie yourself to the masts, kids! You’re about to read the world’s first novel!

The Odyssey has 24 books, so we analyzed and discussed the arc of the entire epic, reading several of the key books. The first four books recount the story of Odysseus’s son, Telemachus, and how he must try to protect his mother and be the man of the house until, if and when, his father returns. Could my students identify with Telemachus? Are they grappling with growing responsibility in their families? Is mom or dad not in the picture or gone too much, physically or emotionally? You bet. I would’ve been happy to spend a month just on this one theme, and we were only getting started.

Once I guided my kids—their humble Tiresias—just a bit below the text, they began to see Homer as more than story and myth; The Odyssey was a fun-house mirror, an endless Rorschach blot in which we could see, not just ourselves and family, but the world too.

We journeyed with Odysseus and made his story, his life, our own. The goddess Athena was born from Zeus’s head. Without sex? my students asked. Like Jesus? Literature often explores not the what-ifs, but the why-ifs: setting aside faith, why do these tales omit women from the stories of conception? Adam ate knowingly from the apple because he loved Eve, and Odysseus triumphed over the siren’s temptations because he loved Penelope. Like Zeus’s head, Homer was blowing their minds.

Classroom Odysseus’s all, we wandered deep into our own explorations. The Lotus Eaters: the perils of addiction, hedonism vs. monogamy. Circe and Calypso: traditional vs. independent roles for women. The Underworld: does a belief in an afterlife undermine this life?

We learned heroes are strong and brave, but more importantly, they are wise and sometimes cunning. Odysseus always uses his wits to get closer to home: he is a master of argument, appealing to the gods’ and enchantresses’ highest moral instincts. Craft and disguise are second in his arsenal; how do we use metaphorical masks in our world? For Odysseus, violence is always the last resort; isn’t that the measure of a real man, instead of the machismo that too often infected young lives?

Homer’s songs are all of our songs. We shared Don Quixote’s feverish quest for chivalry and glory amid enemies and giants; the sirens and free-will in Komunyakaa’s brilliant poem The Cage Walker; traveling salesman Edward Bloom (a nod to Joyce’s Ulysses), enthralling his distant son Will with his fabulous tales, in the film Big Fish; Eminem, Dr. Dre, and Tupac Shakur were fellow travelers too—Homer’s words were songs, passed down by singers, the rappers of their day.

I gave my students a short list of final projects to choose from. My favorite was a map they had to chart of their house and neighborhood. They were Odysseus and had to get home. Along their map, they plotted four or five key Homeric scenes, but reincarnated the myths into LA, into our world. They showed me one-eyed monsters peeping behind window-blinds; Calypsos in nail salons; Lotus Eaters loitering, dealing drugs in parks; Scylla a monstrous puddle that spins-out speeding cars.

Finally, we were done, home like Odysseus. The great poet had taught us what life is: a journey, compassion for others, home and family. The world had thrown everything against us, but couldn’t stop us from returning safe, tested and stronger than ever, to the ones we love.

A.G. Lombardo is a native Angeleno who teaches at a Los Angeles public high school. Graffiti Palace is his debut novel. 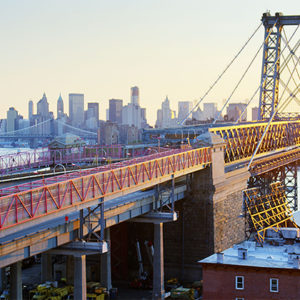 I wake up, pour myself a cup of coffee, and decide I need to walk the bridge. It is a feeling of urgency—the kind of pull...
© LitHub
Back to top