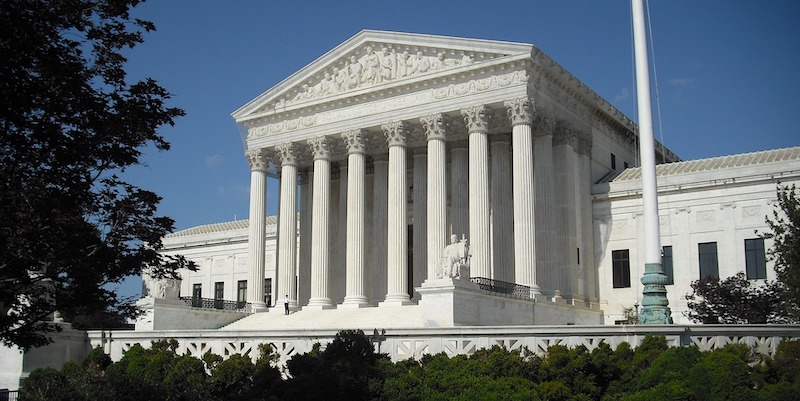 Lauren Rankin on the People Who Have Kept Clinics Open

In 1986, after nine years as director of an abortion clinic in Pittsburgh, Pennsylvania, Jeanne Clark was ready for a change. She loved running the clinic—managing the staff, supporting the patients, serving the community. She also experienced the darker side of working in the abortion rights movement. Thankfully, no one was home when her house was firebombed.

Another time, someone opened fire on the house—though her son was home, he was mercifully unhurt. But she wasn’t fleeing the movement or the work. She was ready to apply her firsthand experience as both a clinic director and a victim of antiabortion terrorism to the broader fight to end antiabortion harassment and violence. When Eleanor Smeal of the National Organization for Women (NOW) offered her a job as press secretary, specifically focusing on abortion rights, she didn’t hesitate.

Her timing was prescient, because a more widespread version of the violence she herself had endured was on the horizon. Operation Rescue began within a few months of Clark’s joining NOW, and clinic blockades became routine. Her job description transformed—she was now tasked with informing the media of the reality of abortion access in America and the effects of the protesters’ hostility and aggression. It wasn’t just about defending abortion’s legality, but about trying to tell a broader story of what access to legal abortion required and why the barriers to it were unacceptable. That meant focusing on the human side, rather than the political side, of abortion.

We made the woman visible in the issue. The antiabortion forces’ main goal was to have abortions done on invisible women with visible fetuses. We gave visibility to women. We gave that control to women. We gave that visual route and I saw it firsthand, how the majority of people, women and men, became more and more accepting. They might not vote on it. They might not think about it that much. But I watched that happen.

As isolated blockades turned to the Summer of Mercy, the media narrative shifted, and with it the political pendulum. Clark worked tirelessly to support an effort by a Melbourne, Florida, abortion clinic to beat back rampant and chaotic protests, and they won a significant victory at the start of 1994 when the Supreme Court okayed the use of racketeering laws to sue the protesters. A few months later, she cheered the passage of the FACE Act, heralding it as a new moment for abortion access. The law was still on the side of abortion rights.

In late July 1994, mere days after Dr. John Bayard Britton and James Barrett were gunned down outside the Ladies Center in Pensacola, Florida, Clark’s phone rang. On the other end was Eleanor Smeal. The New Woman Medical Center in Jackson, Mississippi, was under siege by abortion opponents, and Dr. Joseph Booker Jr., the abortion provider, was receiving threats. As a result, a local group of abortion rights supporters had emerged, calling themselves Pro-Choice Mississippi. They had the will to help, but they needed organizing, training, and resources. Would she come help?

Clark thought about the risks to her safety just long enough to pack a bag, kiss her family, and book a flight.

There’s no magic potion or silver bullet that will save abortion rights. There never really was.

In Jackson, Clark helped local activists organize a group of clinic escorts and defenders,  creating a fortress that protected the clinic on the three days each week that Dr. Booker performed abortions. “I spent my forty-fifth birthday in a bulletproof vest in the Mississippi heat in August,” she recalled.

After the siege died down, Clark returned to her home in Pittsburgh. Over the next few years, she watched as activists continued to step in to protect abortion access where the law stopped. She witnessed the law strengthening in some cases, with the passage of national FACE Act and local ordinances in Pittsburgh to solidify abortion rights. At one point, she was hopeful that eventually the “war” would be won and legal abortion would be protected.

Today, though, that Jackson clinic that Clark defended is long gone. The FACE Act? Unevenly unenforced. And the racketeering case against antiabortion protesters that Clark helped support? The Supreme Court tossed out that conviction in 2003.

“No victory is really permanent if you take your eye off the ball for a second,” she said. The question now is, can we even see the ball if it’s moving this fast?

The sun had long since set on October 26, 2020, by the time Amy Coney Barrett (no relation to Dandy or James Barrett) stood on the South Lawn of the White House. Dressed in a black dress and pearls, she stood across from Associate Justice Clarence Thomas, one of the longest-serving and most reliably conservative members of the Supreme Court. She placed her left hand on a Bible and her right hand in the air, and repeated the cued words from Justice Thomas. Within a matter of seconds, Barrett became the 115th member of the United States Supreme Court, just eight days before the 2020 presidential election.

Earlier that day, she was confirmed on a strictly partisan vote line by Senate Republicans to replace Justice Ruth Bader Ginsburg, whose judicial philosophy and legal bona fides couldn’t be more different. Barrett, a woman with only three years of judicial experience, subscribes to a deeply conservative view of the Constitution. Most alarmingly for abortion rights advocates, she has explicitly called for Roe v. Wade to be overturned. A mere week before Donald Trump’s fate as a one-term president was sealed, he managed to ensure that his administration’s legacy of fanaticism and opposition to legal abortion would long outlast his four traumatic years in office.

Abortion isn’t just legal; it’s common. Why don’t we treat it that way?

The United States has just exited the most disastrous decade for abortion rights since it was legalized in 1973. Barely into the 2020s, conservative states like Arkansas and Texas continue to ban abortion as early as possible or altogether. So far, this new decade is on track to be even more catastrophic. After four years of a presidency that nearly ended democracy, aided and abetted by congressional Republicans who did more to investigate a fake Planned Parenthood scam than possible treason by the president himself, it might seem obvious to say that abortion rights are in crisis. Ninety percent of U.S. counties lack an abortion provider.

Nearly 60 percent of people who can get pregnant live in a state that is hostile to abortion rights. Add to that the impending ruling from Dobbs v. Jackson Women’s Health, a direct challenge to Roe’s fetal viability standard, and SB8, the Texas six-week abortion ban that deputizes private citizens to sue to enforce it, which the Supreme Court refused to block, and it isn’t hyperbolic to say that the United States is now facing down the barrel of the very real possibility of the end of nationwide legal abortion, whether Roe v. Wade survives or not.

How do we get out of this?

There’s no magic potion or silver bullet that will save abortion rights. There never really was. Roe v. Wade was a significant step, but while many abortion rights supporters assumed it was the end, it was really just the beginning of a much longer fight. There isn’t a simple law that Congress can pass that will make it all go away. The crisis in abortion access is multilayered, integrated with racism, poverty, and deep, abiding misogyny. We have to do the very taxing and messy work of really looking at how we’ve ended up here, and what we can do differently now.

We have to reckon not just with America’s laws, but with the limitations of those laws—and how, too often, the law penalizes the marginalized. We have to take a long, hard look at how and why we’ve allowed this issue, an experience that one in four women in America have had in their lifetimes, to be framed as something worthy of shame and derision. Abortion isn’t just legal; it’s common. Why don’t we treat it that way? 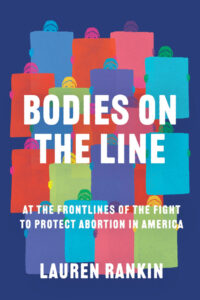 Excerpted from Bodies on the Line: At the Frontlines of the Fight to Protect Abortion in America by Lauren Rankin. Published with permission of Counterpoint Press. Copyright © 2022

Lauren Rankin is a writer, speaker, and expert in abortion rights in the United States. Her work has been featured in The Washington Post, The Cut, Fast Company, Teen Vogue, Refinery29, NBC News, and many other publications. She spent six years as an abortion clinic escort in northern New Jersey, and is a board member of A is For, a reproductive rights advocacy organization. 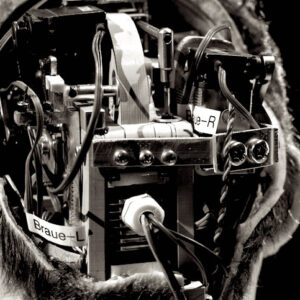 Is the notion of “authenticity” a fiction? Back in 2010, the Canadian writer Andrew Potter published a book entitled...
© LitHub
Back to top
Loading Comments...