Andrew Keen Wonders What Exactly We Mean By Reality

Is the notion of “authenticity” a fiction? Back in 2010, the Canadian writer Andrew Potter published a book entitled The Authenticity Hoax suggesting that the more we search for what he calls “real things,” the more lost we become. Authenticity is a hoax, Potter argued, because, for all its promise of reality, it is anything but real.

But I wonder whether the “authenticity hoax” is the real hoax. The word “authenticity” is used so frequently by my guests on Keen On that I refer to it as the “A word.” Along with “empathy” (the “E word”), it is the most frequently used word on the show. Everyone, it seems, is seeking authenticity. The problem with reality, my Keen On guests tell me, is that it isn’t always biting.

So how to be bitten by reality? According to Alice Sherwood, the London-based author of the prize-winning Authenticity: Reclaiming Reality in a Counterfeit World, we must become fakers. If everything, even reality itself, is a hoax, Sherwood told me this week on Keen On, then we must out-hoax the hoaxers. To reclaim reality, she suggests, that we must all construct our own realities. Authenticity, then, should be celebrated—perhaps even weaponized—as fiction.

Art makes us real, Alice Sherwood is saying. This is a vision imagined by another Londoner some two centuries ago. As John Higgs, the author of William Blake vs the World told me this week on Keen On, the English poet, painter and printmaker William Blake is the model of the authentic modern artist—digging deep inside himself to reproduce a reality that is impossible to categorize. The more Blake transformed the world itself into a kind of hoax through his painting and poetry, the more authentic his art became.

Can organizations be authentic? Higgs told me that Blake’s 19th century romanticism has been inherited by Silicon Valley utopians like Apple co-founder Steve Jobs promising to reinvent the world through mind-altering technologies. According to Tripp Mickle, the author of

After Steve, another Keen On guest this week, Apple was able to create authentic products because of its uncompromising design aesthetic. Under Jobs and the design genius Jonny Ive, Mickle argues, Apple was a company that invented authentic products. But “After Steve,” Mickle warns about a multi trillion-dollar corporation now run by the technocratic Tim Cook, Apple has “lost its soul.”

The problem with politicians, of course, is that they all-too-often tell us what we want to hear.

How could Apple regain its authentic core? According to another Keen On guest, the management guru, Edward Sullivan, co-author of Leading With Heart, this can be done by what he calls “authentic conversation.” Talking is a form of art, Sullivan told me. And the most gifted conversationalists, he promises, can unlock creativity, purpose and results in all of us.

Talking differently has, indeed, been a theme of many Keen On conversations this week. Scott Hershovitz, the author of the wonderful Short, Brutish and Short, told me that we need to talk philosophy to our kids. Children have the innocently unformed minds of great philosophers, Hershovitz explained. Like Socrates, they ask dumb questions. If we can talk philosophically to our kids, he says, we can get them to think morally and grow up into—dare I say it—more authentic adults.

“Talk Different” might have been the subtitle of my Keen On conversation last week with Rebecca Schiller, the author of A Thousand Ways to Pay Attention, her literary ADHD memoir. She describes the book as a “return home” to her “neurodivergent mind.” But the book might have equally been titled A Thousand Ways to Talk. Schiller’s thoughts on neurodivergency suggest that talking differently might actually be as “normal” (and authentic) as conventional conversation. Talking to Rebecca Schiller was a memorable experience—both in terms of the manner and message of our conversation.

What about politicians? How should they talk to us and learn to be authentic? The problem with politicians, of course, is that they all-too-often tell us what we want to hear. The typical politician has, unfortunately, many thousands of ways to talk without ever saying anything. They are the essence, the Platonic version of inauthenticity. Which explains our general disgust with politics. So it was particularly refreshing to have Danica Roem, the author of

Burn the Page, on Keen On this week.

As a member of the Virginia House of Delegates, Roem is the first out-and-seated transgender state legislator in American history. But rather than her political ideology or even her focus on trans issues, what particularly interested me about my conversation with Roem was her own uncompromising authenticity. She does, indeed, talk different. Watch Roem. She really is real. Warts and all. Her authenticity appears anything but a hoax.

Danica Roem represents an anthropocentric version of authenticity. But what about seeing real things in nature? What happens if we want to escape ourselves entirely in making sense of a more cosmic reality? We can watch the most unhuman of creatures—hawks. That’s the message of the naturalist Sy Montgomery, who came on Keen On this week to talk about her new book The Hawk’s Way. Hawks think, talk and love differently, Montgomery told me. Therein lies their authenticity. 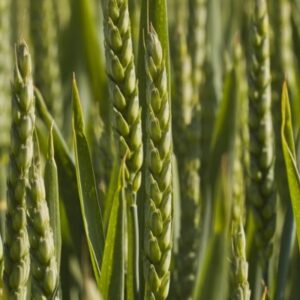