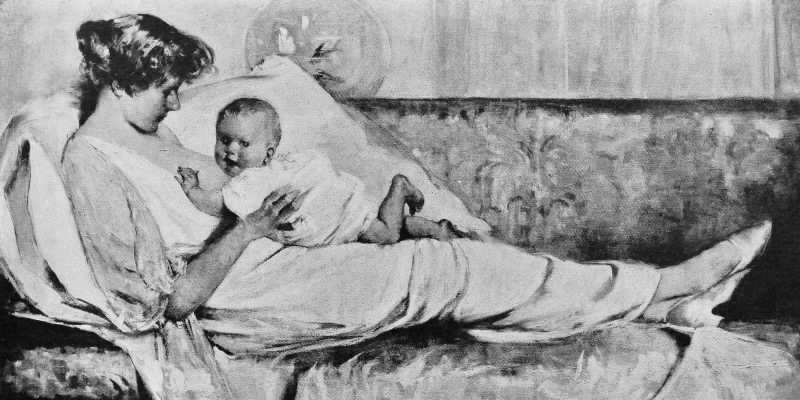 Emma Knight on Finding the Reality of Motherhood Represented in Fiction

“Bad” mothers—mothers with complex inner lives and competing priorities who do not always do right by their children—are having a moment in fiction and film. A full sixty years after Doris Lessing’s The Golden Notebook was first published to the shock-horror of many, a reaction provoked in part by its depiction of “free” (as in, unmarried) women who are at times unexemplary in their mothering, Lessing’s characters are no longer outliers.

“I am a bad mother, but I am learning to be good,” is the refrain repeated by Frida Liu and her fellow inmates in The School for Good Mothers, a gut-twisting first novel by Jessamine Chan. The story begins with a “lapse in judgement” that sets in motion a dystopian nightmare. Frida, a newly single mother, is separated from her toddler by the State and imprisoned for a year on the campus of a bankrupt liberal arts college. There, women in pink lab coats use tactics reminiscent of Atwood and Orwell to teach Frida and the other “bad” mothers to be “good.”

In Nightbitch, a mordant debut novel by Rachel Yoder, our protagonist is convinced (although her always-traveling engineer husband has his doubts) that she is turning into a dog. First a patch of fuzz appears on her back, and then she notices her incisors sharpening, and soon she develops not only a taste for raw meat and the blood of small animals, but also that priceless (and yet valueless) faculty she was sure she lacked in her previous incarnation as a highly educated female artist turned stay-at-home mom: the maternal instinct.

Zoe Whittall opens The Spectacular with a memorable scene of a 21-year-old female musician, Missy Alamo, trying (and failing) to get a hysterectomy. Convinced that she never wants children, Missy is hoping to avoid getting pregnant while on tour with her band. Whittall interweaves Missy’s story with those of Carola, the estranged mother who abandoned her when she was a child, and of the grandmother who helped to raise her, giving a multi-generational and refreshingly heterogenous (Whittall’s characters include queer, trans, and nonbinary parents) view of the expectations we have of mothers, and of the many ways in which those expectations can be disappointed.

At the centre of each of these stories is a mother (or three) who has reached the edge. The edge of what? It varies, but “of her sanity,” “of her ability to keep pretending she is fine,” and “of her desire to continue acting as if self-suppression were a sacred rite” are serviceable.

At the centre of each of these stories is a mother who has reached the edge.

Each is also marked by the simultaneous presence and absence of a second parent. Several of these second parent characters (they all happen to be fathers, but of course they don’t have to be) are busy having affairs or leaving their wives for younger women, while others are accomplished gas lighters, but in none of the works is this second parent the character we are most concerned with. Because, it is implied, no one expected him to be a paragon of virtue or self-sacrifice in the first place. Our culture still does, however, expect that of mothers. And we as mothers expect it of ourselves. The routine self-flagellation that accompanies any failure in “motherliness,” however trivial, tends to bring a mother closer to, not further from, the edge.

These characters’ foremothers include, alongside Lessing’s “free women,” the protagonists of Elena Ferrante. Ferrante’s novella Days of Abandonment offers an excruciating depiction of a woman finding herself incapable of conjuring, in certain moments, the motherliness that is supposed to flow naturally and painlessly from her, like breastmilk. (Ha! As you likely know, breastfeeding is often painful and seldom easy.)

Another of Ferrante’s novellas, The Lost Daughter, was recently adapted for the screen by Maggie Gyllenhaal. In a podcast interview with Kara Swisher, Gyllenhaal explained the urge to bring Ferrante’s uncomfortable honesty from page to screen. “It’s still kind of a secret if we’re all alone in our rooms, reading these things. And I thought, well, what if you actually heard these things said out loud? … Then the cat is really out of the bag, and there’s no putting it back in.”

My mom, who had already seen The Lost Daughter, came over one night to watch it again, with me. My husband walked past the screen just in time to see Jessie Buckley wearing the expression of a mother at her breaking point. Buckley plays the younger version of the protagonist, Leda. Leda’s husband had just let her down yet again, leaving her to mother their two young children and keep house while he attended to his career as an academic. That Leda also has a career as an academic is, in this scene, in his eyes, and in the eyes of society, irrelevant. Or at least, far less relevant than the presence of two small girls, a kitchen full of dishes, and the endless etceteras of domestic life.

Popular culture had turned the mother with competing priorities into a cultural superhero who keeps all the plates in the air.

Many of the characters portrayed in these stories are actually “good” mothers until they reach the edge. But of course, just as we are not interested in whether a murderer held the door open for several senior citizens before killing them, nor do we much care that a mother lovingly sang to her children every night before abandoning them.

Gyllenhaal’s film, like the other works mentioned here, shows that there is no impenetrable divide between the “natural” mother, for whom none of it is difficult, and the “unnatural” mother, who is inherently selfish. A switch does not get turned in the head of every person who gives birth that wipes away their sense of self and ambition, as well as the desires for personal space and sleep. All of these can and often do coexist with a state of attentive, love-struck, intensely grateful, wouldn’t-trade-it-for-the-world motherhood.

There certainly was an unbagged cat prowling around our feet as my mom and I watched The Lost Daughter. If a metaphorical cat could speak, it would probably have quoted a line that Olivia Coleman, who plays the older Leda, delivers perfectly in the film. Addressing a pregnant woman, she says: “Motherhood is…” (she pauses, giving us time to anticipate, “the joy of my life” or “the most important thing I have ever done”) “… a crushing responsibility.” The subtext being that it is possible for a person, and especially one with inadequate support, to be crushed by it.

In Lessing’s preface to the 1971 edition of The Golden Notebook, she writes: “Some books are not read in the right way because they have skipped a stage of opinion, assume a crystallization of information in society which has not yet taken place. This book was written as if the attitudes that have been created by the Women’s Liberation movements already existed. … If it were coming out now for the first time it might be read, and not merely reacted to: things have changed very fast.”

Since Lessing wrote those words, things have changed, and then they have changed again. When I was keeping my mother awake all night in the late 1980s, the wave of feminism that involved shoulder pads and Doing It All was in full swing. Popular culture had turned the mother with competing priorities into a cultural superhero who keeps all the plates in the air. It has taken a pandemic that sent millions of women out of their jobs and back to their “natural” roles, and the attendant primal scream—not to mention the imperilment of reproductive rights—for her to start doing the other natural thing of occasionally hurling the plates to the floor.

After the film, my mother gently pried my white fingers off her forearm and went home. The next morning, as our two young children had breakfast, my (very present) husband and I had a conversation about the look he had seen on Jessie Buckley’s face, and about this genre in which I have been immersing myself. “Bad” mothers are scary, scarier than werewolves or vampires or any other mythical beast, because of the lasting damage they can inflict by reneging on their great, potentially crushing responsibility.

I am hopeful that their current central position in books and onscreen shows that a crystallization of information is taking place. We are reading and watching, not just reacting. We are talking about the edge, recognizing that it exists, and in so doing, helping each other stay as far from it as we possibly can.

Emma Knight is co-founder and Head of Brand at Greenhouse, an award-winning Canadian organic beverage company. Emma is a co-author of The Greenhouse Cookbook (2017), a national bestseller. Her work has appeared in a number of Canadian and international publications. Emma lives in Toronto with her husband and two daughters. 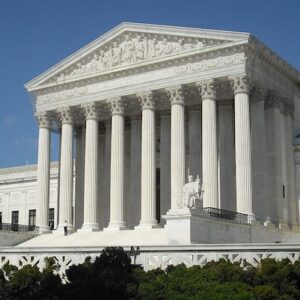 In 1986, after nine years as director of an abortion clinic in Pittsburgh, Pennsylvania, Jeanne Clark was ready for a change....
© LitHub
Back to top