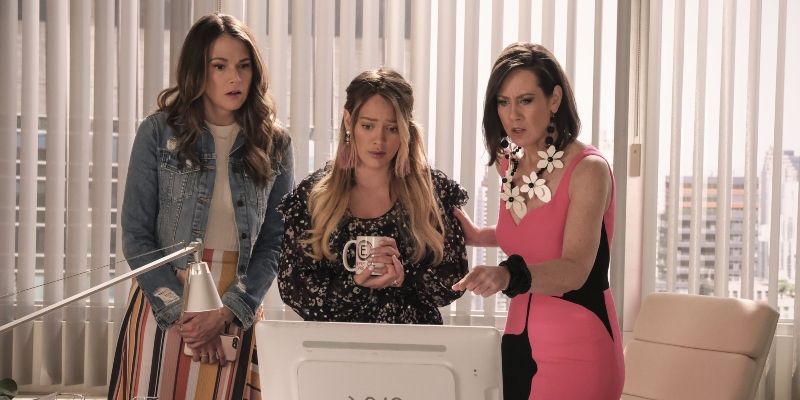 Emma Kantor on the Screwball Comedies Younger and Love & Anarchy

Hollywood can’t resist a literary adaptation. Frontlist, backlist—it’s all fodder for screenplays. The publishing world itself also feeds the insatiable page-to-screen pipeline: from 1930s and ’40s screwball satires about newspaper reporters (His Girl Friday, Meet John Doe, Mr. Deeds Goes to Town) to early 2000s rom-coms set at fashion and style magazines (13 Going on 30, How to Lose a Guy in 10 Days, The Devil Wears Prada) and the recent candy-coated book publishing sitcom Younger. And that’s just some of the comedic fare.

I work at the intersection of book and magazine publishing, yet the allure of these narratives transcends the New York City literary bubble. They satisfy our curiosity about the stories behind the stories we read. There’s glamor and intrigue surrounding the world of letters, and publishing-centric tales bring that element out from the margins. We imagine the power, the cultural clout, wielded by those who hold the proverbial red pen. But when we peek behind the curtain, we witness the all-too-relatable pitfalls and pratfalls of the people making the content.

There are inaccuracies in these on-screen depictions, to put it mildly. Some are as glaring as a typo on a book jacket. Given all the liberties Younger takes with the publishing milieu, it’s easy to forget that the TV Land show originated as a book series, written by Pamela Redmond Satran. The credulity-straining premise could have been lifted straight from a screwball classic: 40-year-old suburban divorcee Liza, played by Sutton Foster, pretends to be 26 in order to relaunch her career in book publishing and start fresh in the big city. This is merely the springboard for seven seasons’ worth of outlandish plot points.

If you missed (or skipped) Younger, spoilers ahead: Hilary Duff’s character, Kelsey, starts off as a Junior Editor, a job title that has no correlation in the real-world publishing hierarchy. Her career gets fast-tracked when she’s put in charge of her own imprint, at the ripe age of… 26. And by the end of the series, she’s had a stint as Publisher and is off to work for Reese Witherspoon at Hello Sunshine. Meanwhile, Liza’s rise through the ranks is just as swift and surreal, as she discovers numerous bestsellers in the slush pile (as a marketing assistant no less), co-helms the aforementioned imprint, launches a lucrative literary incubator, and takes over as Publisher (by this point her real age has been revealed, so it’s almost feasible). Basically, Younger is the soft-core fantasy of the overworked and underpaid female publishing staffer.

But Younger gets certain intangible things right in its cockamamie portrayal—namely the hopeful, human element of publishing in all its messiness. At the series’ start, Liza sets out to rewrite her own story. She throws out the book for how a single mother of a certain age should behave and reinvents herself to get what she wants: a career in books. As her name suggests, Liza lies; she manipulates the ageist, sexist corporate structure in order to become her genuine self. It makes a strange sort of sense, then, that Younger plays fast and loose with realism and the rules of the publishing game in order to convey the sincere passion of its players.

Love & Anarchy (Kärlek och anarki), the contemporary Swedish dramedy series created by Lisa Langseth, casts a more critical gaze on books and the people who make them. One of my pandemic binges alongside Younger, the show premiered on Netflix in 2020 and returned for a second season this June. Filled with industry satire, office hijinks, and sexual tension, it’s Call My Agent! meets Younger meets The Office—less Dunder Mifflin and more Houghton Mifflin.

Basically, Younger is the soft-core fantasy of the overworked and underpaid female publishing staffer.

The series is set at a floundering publishing house in Stockholm and hinges on the escalating flirtation-turned-romance between business consultant Sofie (played by Ida Engvoll) and younger IT employee Max (Björn Mosten). Unhappily married with a family, Sofie tests the line of infidelity as she and Max challenge each other to a series of riotous workplace dares that increase in intensity and stakes. Sofie is always game for a dare, but she’s still finding her truth. How does one live a genuine life, in the personal and professional spheres?

At the top of season 2, Sofie, newly divorced, is promoted to CEO at Lund & Lagerstedt in a last-ditch effort to save the publisher—while she’s carrying on a clandestine relationship with Max. A family tragedy compounds the mounting stressors of being a single working mother. In addition to these personal crises, Sofie is expected to steer the publishing company through a number of challenges and controversies, each one plausible but heightened for laughs. (Creator and co-head writer Langseth told Cineuropa that she gleans her insights from friends in the industry.) The show affectionately skewers a number of hot button publishing industry issues familiar to US viewers: corporate lip-service to diversity and inclusion, the frenzy to sign books by social media influencers (regardless of quality), the rush to create multiplatform content of dubious value. Above all, the series explores the tension between art and commerce.

As the CEO daughter of an outspoken socialist and activist, Sofie embodies that conflict. It’s revealed in season 1 that, before going to business school at the urging of her then-husband Johan, she was working on a novel. She reluctantly tells a friend about it after Johan brings it up at a party to embarrass her.

Sofie: “It’s about this girl who sort of rebels.”
Friend: “Against what?”
Sofie: “I don’t know. I never finished it. It didn’t amount to anything but a long poem or a sentiment or something.”
Johan [smirking]: “What was the name again? It had a title.”
Sofie: “Love & Anarchy.”

The imagery from Love & Anarchy the book recurs throughout Love & Anarchy the series, a reminder of Sofie’s creative spark and her simmering impulse to rebel. In one scene, she recites the story’s central metaphor to her daughter as a sort of fairy tale, to soothe the girl’s distress: “It’s like, at first you’re a seed, then a bluebell, then a rose, a tree. And as you become an entire forest, you stand firm.” The daughter asks, “What am I?” Sofie responds, “You’re a bluebell. There’s so much left to experience.”

It’s an intimate, poetic moment, one that lets us into Sofie’s psyche to see her fascination with growing and becoming. “What about you? What are you?” her daughter asks. “I think I’m actually becoming a forest.” If she’s a forest, Johan is constantly cutting her down to size. “Just so you know, that sounded completely insane,” he tells her after eavesdropping on the mother-daughter talk. It’s no wonder that Sofie turns to co-worker Max, a gardener and the one person, aside from her daughter, who is moved by her story—who believes in her capacity to grow.

Younger gets certain intangible things right in its cockamamie portrayal—namely the hopeful, human element of publishing in all its messiness.

But just as she and Max are growing closer, she nips their relationship in the bud for fear of losing control. Later, she and the publishing house try to capitalize on Max’s green thumb and blossoming Instagram following by fashioning him into the poster child for a sexy gardening book, eggplant pics and all. And when the publisher’s major investor proposes a book project with his name on the cover—a formulaic detective thriller penned by a ghostwriter—Sofie offers a sycophantic yes, thinking only of the money at stake. Her colleague objects: “There was nothing genuine about that pitch!” Sofie retorts, “Everyone keeps saying that, but I don’t know what it means. ‘Genuine.’ What the hell is that?” In a mocking tone, she reads aloud an excerpt from a work by Nobel Prize-winning Swedish poet Tomas Tranströmer.

I lie on the bed, my arms outstretched.
I am an anchor that has dug down deep and
that holds on

the huge shadow that is floating up there
the great unknown that I am a part of and that is certainly
more important than I am.

“Is this genuine?” she asks her co-workers. “Well, I feel nothing. Absolutely nothing. This genuineness … nonsense is a scam from start to finish. Or is it me?” Anyone who knows of Sofie’s secret manuscript, what she referred to as “a long poem or a sentiment,” can tell this cynical detachment is a performance. This isn’t her.

It’s also an affirmation of a more noble vision of the industry, which goes beyond buying and selling books as commodities.

In a climactic moment, Sofie recognizes how precious her story is and goes to extreme lengths to protect it—a turning point from her willingness to exploit Max’s gardening passion for profit. The remainder of the season follows Sofie as she rediscovers and nurtures the seed of her genuine self. When one of the publisher’s books scores a major coup, the seemingly jaded and corporate-minded CEO drops her façade and admits that their work is really about literature: authentic and sincere storytelling.

During a live interview, Sofie makes it clear that neither she nor the investors had any role in the book’s success and instead acknowledges the editor of the book by name, raising a toast to him—and essentially telling the backers to get lost. It’s an exhilarating celebration of the real work behind a book. It’s also an affirmation of a more noble vision of the industry, which goes beyond buying and selling books as commodities. (Sofie’s socialist father would be proud.) The move may seem out of character to her co-workers but, really, it’s Sofie at her most genuine.

For me, watching Younger and Love & Anarchy has been a vital exercise in maintaining humor and hope for the future of publishing during a time when many have become disenchanted with the industry. Burnout has led to an exodus of junior editors, while others are striking for fairer pay and improved working conditions, and walking out over books that violate their ethics. There’s pervasive disillusionment on the diversity front (an issue that will surely be addressed in the upcoming adaptation of Zakiya Dalila Harris’s The Other Black Girl). And the corporate consolidation of publishers spells concerns for authors and staff alike.

Of course, these tensions aren’t unique to the book world; they’re apparent in the film/TV industry and any realm where art collides with commerce and authenticity exists alongside cynicism. If Younger offers us a rose-tinted (or Millennial pink) view of publishing, Love & Anarchy suggests one that is tinged with green: signifying creative growth and renewal on the one hand, and money and jadedness on the other. It’s a question of shading.

I’m reminded of Sofie’s metaphor of the life cycle of a plant. Every book starts as a generative seed. Setting aside the chase for financial and critical success, isn’t that what publishing is all about? It’s the quixotic quest for the budding rose in the slush pile. It’s the wild, even absurd notion that one story, one book, can change a reader’s life. It’s taking risks and accepting dares in order to cultivate something genuine: a voice, a story, or oneself.

Emma Kantor is a Brooklyn-based writer, comedian, and deputy children's book editor at Publishers Weekly. In addition to PW, her work has been featured in Hey Alma and Pigeon Pages, among other outlets. Find more on emmakantor.com and Twitter, @emkantor. 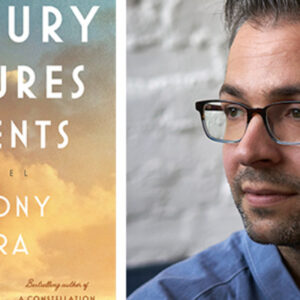