Margot Atwell of Feminist Press on the Importance of Indies

Over the past two weeks, writers and publishing professionals have been riveted by coverage of the trial in which the U.S. Department of Justice is attempting to block Penguin Random House’s purchase of Big Five rival Simon & Schuster. As a member of the independent book publishing community, I’ve been by turns frustrated and astounded by much of what the Big Five CEOs and other witnesses have said on the stand, which has been diligently relayed via live-tweets by publishing journalists John Maher and Bethanne Patrick.

Throughout the trial, witnesses from the publishing industry have referred to independent presses as “farm teams,” a metaphor which apparently originated in a 2019 memo written by the late Carolyn Reidy, who was President and CEO of Simon & Schuster until 2020, according to John Maher of Publishers Weekly. This phrase, which resurfaced several times, deeply rankled me and others in the independent publishing community.

“Farm teams,” also called “feeder teams” or minor leagues, were invented around a hundred years ago to develop inexperienced baseball players to a higher skill level with a goal of creating more dominant major league baseball teams. Though I haven’t been able to get my hands on a copy of Reidy’s memo, the implications of this reference demonstrate a patronizing view of independent presses, along with a real misunderstanding of independent publishers and the role we play in the literary landscape.

I joined Feminist Press, a 52-year-old independent nonprofit feminist publisher, as Executive Director and Publisher in March 2022. I don’t view book publishing as a zero-sum competitive game, but unlike the baseball system, independent presses are competing with corporate conglomerate publishers—for writers, for employees, and for readers’ attention and dollars. Minor league baseball teams compete against other minor league teams, but independent presses publish books in the same landscape as larger publishers, where Penguin Random House, Simon & Schuster, HarperCollins, and others already benefit from substantial economies of scale and bargaining power with printers, customers, and more—an advantage which this merger would increase even further.

Referring to independent book publishers as farm teams implies that they are small-time, amateur, and lower-quality than the massive corporate publishers that dominate the publishing landscape.

Many of baseball’s farm teams were, at various times, funded by their major league counterparts and have official affiliations that bring benefits to the minor league teams. In publishing, however, the only official affiliations between independents and PRH(SS) are via distribution deals with some independent presses, which are, by design, lucrative for the distributor.

Referring to independent book publishers as “farm teams” implies that they are small-time, amateur, and lower-quality than the massive corporate publishers that dominate the publishing landscape. It also implies that indie presses exist solely to develop raw talent to the standards of Big 4 or 5 publishers—and for their benefit.

This implication would cut a little less deeply if the corporate publishers didn’t also act this way. An editor at an independent press told me a story of how, during a signing in the indie press booth at a literary conference, they watched an editor from a prestigious Big 5 imprint compliment and try to set up a meeting with the author, who was at the conference signing their book that the small press had just published. And though this example is particularly flagrant, it’s my impression that corporate publishers often scout from indie press lists.

Calling indie presses “farm teams” paints a picture of a world where bigger is always better.  It equates money and scale with value, implying that earning the most money and increasing scale are the ultimate aims of writing and publishing. This assumption, which is common under extractive capitalism, isn’t always accurate, and I believe it is extremely damaging to the literary landscape as a whole.

A previous publishing company I worked at was a small independent press with a joint-venture financial model, which required somewhat substantial financial investment by the authors in their work. A substantial portion of the list was made up of authors who were former corporate publisher “midlist” authors, which had previously been lucrative enough to sustain them. One of the primary reasons these authors cited for leaving their Big 5 publishers was the lack of support and personal attention for their books. Christina Ward, Vice President/Editor of Washington-based independent Feral House, told me, “most of our authors that moved to a Big after publishing with us come back to us (or another Independent) because the experience did not live up to their expectations.”

Most indies I know invest deeply in the books they acquire. The publisher where I work, Feminist Press, crafts bespoke publicity and marketing campaigns for each book in coordination with our authors and works to place excerpts, get reviews, author interviews, and secure other coverage for each book on our list. We also remain committed to promoting our books long after they are no longer frontlist. We’re still hand-selling ten-year-old titles to readers at conferences and literary festivals, and we’re continuing to invest in the careers and visibility of our authors, even ones whose second, third, or fifth book has come out with a corporate publisher.

“In keeping our lists curated, our audience knows the kinds of books we publish and that we don’t publish things that aren’t aligned with our stated mission,” Meg Reid, Director of South Carolina-based independent publisher Hub City Press, said. “The truth is that many authors feel more comfortable in this model, while others choose to try the bigger outfits if they have a book they feel has more commercial potential. I always stress to writers and interns that there isn’t one ‘best’ approach to publishing. Different models are a better fit for different books.”

Like Reid, I never fault a writer for taking the best deal or working with the publisher that makes the most sense for them. Stringing together a life as a creative person in the United States under late-stage capitalism is hard, and I wish for every writer a robust advance and copious royalty payments for years to come. My critiques are at the systemic level, rather than the individual one.

One thing that’s especially galling is that independent presses often lack the money to provide authors with higher advances because we take risks on work that is more experimental and pushes boundaries—books written by writers who are BIPOC, trans, queer, disabled, neuroatypical, immigrants, or in other ways marginalized by mainstream society and mainstream publishing. We often publish work that has less obvious “commercial appeal” to serve our missions and enrich the literary landscape. Then, Big 5 publishers take that enrichment literally, cherry-picking talented and newly visible writers off indie lists and winning them away with more money but not always more support for their work.

If the powerful publishing execs who clearly have the attention of the federal government want to treat independent presses like farm teams, perhaps they could also advocate for more public funding for the arts. In 2021, the National Endowment for the Arts dedicated $2.3M to creative writers, translators, and literary organizations. These crucial grants, and other rare but precious forms of public funding, are the lifeblood of independent nonprofit literary publishers, but the level of literary funding available in the United States is a rounding error compared to the $774M (755M euro) international profits that PRH enjoyed that same year.

As I dug into the history of farm teams for this piece, I was surprised to discover that the comparison was apt in at least one favorable way. Because minor leagues don’t hold onto their star players, by design, they have to be creative about how they market themselves, and they tend to be savvy and connected with the needs and tastes of their communities. That resonated deeply with me: attending AWP a few weeks after joining Feminist Press, I was blown away by the deep love and support of numerous readers who sought out the press’s booth, bought our books, knew about our upcoming releases, and gushed over our authors.

“I am an author because an indie publisher took a chance on me,” Nicole Chung shared in her insightful essay on the importance of independent presses.

So if taking risks on early-career writers, passionately cultivating their careers, and a deep connection to our readers makes us a farm team, I guess I’ll wear that as a badge of honor. But in the meantime, I hope corporate publishers will learn how to till their own fields.

Margot Atwell (she/her/hers) is a writer, editor, publisher, speaker, and community funding expert. She is the Executive Director and Publisher of Feminist Press. Previously, as Head of Publishing at Kickstarter, PBC, she helped over a thousand literary projects raise tens of millions of dollars. Previously, she was Publisher of Beaufort Books, a NY-based independent book publisher, where she published four national bestsellers. She frequently speaks at national and international publishing industry events such as Book Expo, The London Book Fair, New York Comic Con, and WorldCon. In 2019, she was selected as a Publishers Weekly Star Watch Honoree and received the Digital Book World award for outstanding achievement in publishing for her work creating The Next Page conference. Her writing has been published in outlets such as The Creative Independent, Clarkesworld, and Publishers Weekly. She’s the co-author of The Insider’s Guide to Book Publishing Success, and author of Derby Life: A Crash Course in the Incredible Sport of Roller Derby. You can find her on Twitter or Instagram at @MargotAtwell, and read her writing in her On the Books newsletter.

Steven W. Thrasher on How Viruses Affect Economic Mobility As Much As Health 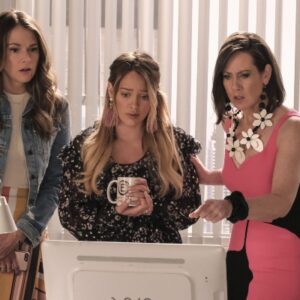 Hollywood can’t resist a literary adaptation. Frontlist, backlist—it’s all fodder for screenplays. The publishing world...
© LitHub
Back to top