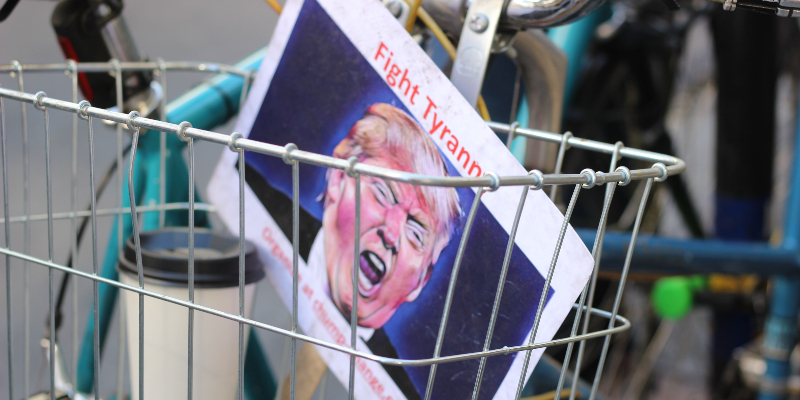 Tony Schwartz in Conversation with Andrew Keen on Keen On

On today’s episode, Tony Schwartz discusses co-authoring The Art of the Deal with Donald Trump as well as his new audiobook, Dealing with the Devil: My Mother, Trump, and Me, which is part confessional, part self-analysis, and part political critique of Trump.

Andrew Keen: Tony, you called it, didn’t you?

Tony Schwartz: Who Trump would turn out to be? Yes. And I don’t take too much credit for that because anybody who’s spent a half hour with Trump very quickly realizes who he is, that he’s a quintessential sociopath—psychopath, sociopath are interchangeable terms at this point—but somebody without conscience or empathy, and in the absence of conscience or empathy, anything goes.

It was interesting to hear you say, when I said the things I did about martial law and having his finger on the nuclear button, how terrifying I found that, it did get dismissed at the time. It was considered to be overwrought and “come on.” We are so amazingly close to some of the worst imaginable outcomes right now with Trump. And should he be re-elected, almost surely he will move much, much further in the direction of autocracy.

Andrew Keen: It’s funny, Tony, when your book, The Art of the Deal, came out, you’ve made it clear that you regret doing the book and you’re very embarrassed with it, and it essentially ruined your career as a very promising journalist; no one took you very seriously after the book, whether you made a lot of money. Some of the reviews were actually quite sympathetic. You note in your new book that Peter Galbraith trashed it in the New York Review of Books. But the New York Times reviewer said Trump—saying Trump, it was really Schwartz—Trump-Schwartz “makes one believe for a moment in the American dream again. It’s like a fairy tale.”

And there is something about that in Trump, isn’t it? It’s this fairy tale that quite quickly turns into a nightmare. Were you trying when you wrote The Art of the Deal to create a fairy tale narrative?

Tony Schwartz: It’s a complex question. I was first and foremost trying to tell a story that would do the job that I was asked to do, which is to put the best presentation of this young, kind of second-level real estate developer into the best light that I could. As I look back now, I realize that while I understood that there was a tremendous disparity between what he was saying to me about a given deal, which is what I was writing about, and what the people who were involved in that deal were saying, because I was talking to them as well, was very different. So, I was pretty clear that Trump had no particular respect for the truth.

What I didn’t realize, really until he ran for president and I threw myself back into looking into this era, is that almost everything he was saying to me was untrue around The Art of the Deal, as almost everything he says today is untrue. And so when Christopher Lehmann-Haupt—that’s the New York Times reviewer who you were quoting, and who if I look out my window right here, I look into; he’s unfortunately passed, but I look into his home—when he called it a fairy tale, it strikes me that he was more accurate than he knew. I’ve suggested that this book ought to be reclassified as fiction, as a novel. There is no question that it invents a portrait of Trump radically distant from who he is.

Tony Schwartz is the author of several books, including The Art of the Deal, which he co-authored with Mr. Trump. He also wrote The Power of Full Engagement: Managing Energy, Not Time (with Jim Loehr) and The Way We’re Working Isn’t Working, a New York Times and Wall Street Journal bestseller. He is also CEO and founder of The Energy Project, a consulting firm that helps individuals and organizations solve intractable problems and add more value in the world by widening their world view. 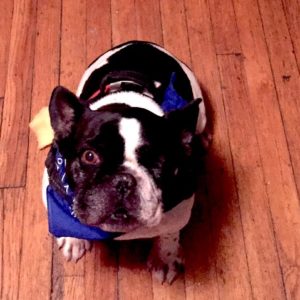 Twice a week I play UNO with a gay Egyptian psychiatrist who, inevitably, without fail, calls me a rat-faced piece of cheating...
© LitHub
Back to top