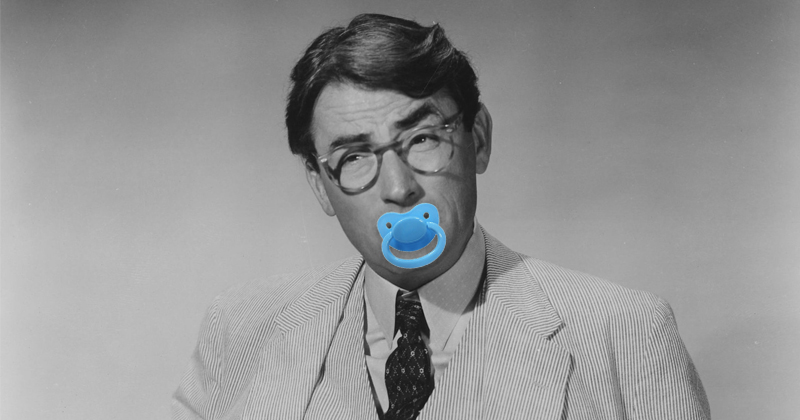 Why is everyone still naming their babies “Atticus”?

I mean . . . we all know about Go Set a Watchman, right? But despite the fact that the Greatest Dad in Literary History may have turned out to be a racist (at least in the mind of his creator), people are still naming their children after him—or at least considering it, according to this list of Americans’ most-searched baby names. “Atticus” is #2 so far this year for boy’s names, just below “Silas” and just above “Arlo.”

According to the Social Security database, though the name’s popularity did take a small hit between 2015 (when Go Set a Watchman was published) and 2016, since then, the number of new babies with the name Atticus has only increased, and the name was more popular in 2020 than it had ever been before. Go figure.

To be fair, people naming their children “Atticus” aren’t necessarily naming them after Atticus Finch, but . . . how many Atticuses (Attici? (this is a contractually obligated joke, it’s in every article about this, sorry)) do you know? It’s a distinctive name, and the reference is something most people are probably at least aware of, if not purposefully evoking—at least to my ear, it’s nearly impossible to decouple the “Atticus” from the “Finch.”

But let’s not forget, this is a fictional character—which makes it all the more unusual that our idea of him has changed so much in so short a time. As Megan Garber put it in The Atlantic, he’s “a singular case . . . because literature—classic literature, in particular—should, theoretically, be insulated from the decisions and revisions of historical assessment. We can change our minds about Hamlet or Gatsby or Lizzy Bennet, but these characters—these texts—won’t, themselves, change.” And yet Harper Lee changed him, and then rudely failed to change him back before she died.

But perhaps Americans have simply decided not to accept the changes, and to remember him as he was. Isn’t it pretty to think so?