Chris Offutt on Doing Battle with 30 Years of Stereotypes

Throughout my writing career of 30 years I have focused on a single subject: people from the Appalachian mountains of eastern Kentucky, where I grew up. Because of geographic isolation, difficult terrain, and generations of abandonment by the federal government, Appalachian culture has evolved all on its own, distinct from mainstream America. In many ways Appalachia functions as a domestic colony—valuable only for the land’s resources. Its people have been treated as a disposable means to an end, like tools when they’ve lost their function. My hometown of Haldeman, Kentucky has vanished—literally removed from maps—its mines nothing but empty holes in the ground. The railroad tracks have been stripped from the earth and the gravel sold. The stores are gone. My school is closed. The government shut down the post office and rescinded the ZIP code.

Geologists refer to the Appalachians as a “disorganized” mountain range. Every other range in the world was created by seismic activity—underground tectonic shifts thrust large chunks of land upwards in regular patterns. The formation of the Appalachians was drastically different. Eons ago, the Appalachian region was flat, stretching across massive deposits of limestone, coal, clay, and thousands of caves. Centuries of rain and erosion washed the dirt down around these underground obstacles. That steady weather created the ridges and hollows that define the disorganized land.

Pioneers, led by Daniel Boone, first began exploring the region along the Cumberland Gap in the 1770s, moving through territory occupied by Native-American tribes like the Cherokee, Shawnee, and Catawba. Appropriately known as the Wilderness Road, the route was very difficult to travel: too narrow for large wagons, treacherously steep hillsides, and few places to camp. As a result, America’s defining 19th-century expansion westward occurred to the north and the south of Appalachia, along safer routes. The region remained relatively untouched for more than a hundred years, allowing the preservation of its 18th-century culture and codes.

Kentucky was a border state during the Civil War, situated directly between the Union Army of the north and the Confederate Forces to the south. Politicians declared Kentucky neutral, and though there were no major battles in my home state, it was the site of more skirmishes than any other. After the war, neither side claimed Kentucky and it was left to itself, particularly the Appalachian region to the east. The state received neither the benefits of economic progress from the North nor was it part of the Reconstruction. The slave trade in Appalachian Kentucky was particularly limited. On the whole, people in the hills were too poor to own basic provisions, let alone purchase human beings.

Appalachia entered the public eye in the 1960s due in large part to the federal government’s much-vaunted, poorly conceived, and remarkably wasteful “War on Poverty.” Newspapers and magazines called attention to the harsh circumstances of people in the hills, initiating a pattern of stereotypically negative media coverage of that persists to this day. The people of Appalachia are still often considered second-class citizens in America, routinely referred to as “trailer trash,” “hillbillies,” “rednecks,” “weedsuckers,” “stumphoppers,” and worse.  All these terms are mean-spirited, intended to inflict pain and shame on the recipient.

Every ten or fifteen years, a popular narrative enters the American consciousness that denigrates Appalachian culture. In 1963 Harry Caudill published Night Comes to the Cumberlands, a nonfiction account of the plundering of Appalachia’s natural resources. Caudill eventually came to blame the people of the hills for their own misfortunes and worked in secret with a notorious eugenicist on a plan to sterilize Appalachians. Disconsolate and bitter, he took his own life, but not before contributing further to the negative stereotypes that would prevail in popular culture of the 1970s and 80s: Deliverance and its infamous depiction of hill people as violent, sexually deviant, and stupid; TV shows like The Beverly Hillbillies and The Dukes of Hazzard reinforcing gentler versions of the stereotypes. The most recent addition to these false accounts of Appalachian life is the widely read book Hillbilly Elegy, the author of which grew up in the decaying Rust Belt town of Middletown, Ohio. Nevertheless, he blames his personal difficulties on the culture of Appalachia.

The ongoing dismissal of Appalachians as “lazy, dangerous, and dumb,” is the same method of denying humanity that has been applied to African Americans, Indigenous Americans, and wave upon wave of immigrant to this country.

Stereotypes function as weapons to shame people, to alienate them from so-called mainstream culture. At the same time, behind every stereotype lurks a complicated archetype, and it is precisely those archetypes I have always strived to examine.

My 1992 book of short stories, Kentucky Straight, was the product of my own quest as a young writer for work that depicted the world I knew. All the books I found set in the hills were from the 1930s through the 1950s. My Appalachia—post Vietnam, post War on Poverty, post-completion of the Interstate system—was very different. I was disappointed not to read about my hills in fiction. In the grandiose fashion of a naïve and ambitious youth, I vowed to provide future young writers of Appalachia with a literature to call their own. I have stuck to that task for over thirty years.

My work has been a prolonged effort to counteract the supreme bigotry toward people from Appalachia. My characters may not be formally well-educated, but they are all very smart. They might lack access to what we think of as a basic standard of living but are resourceful, diligent, and follow a strong moral code. The complex culture of the hills is inhabited by people who are products of the rugged terrain, tough and determined, as smart and loving as anyone else in the wider world.

Chris Offutt is the author of the novels Shifty's Boys, The Killing Hills, Country Dark, and The Good Brother; the short-story collections Kentucky Straight and Out of the Woods, and three memoirs: The Same River Twice, No Heroes, and My Father, the Pornographer. He has written screenplays for Weeds, True Blood, and Treme, and has received fellowships from the Lannan and Guggenheim foundations. He lives near Oxford Mississippi.

Edmund White: Reading is a Passport to the World 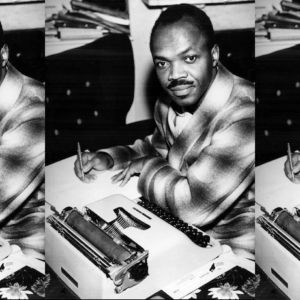 “I remember toddling into my mother’s room, where she was taking a bath in the late afternoon. I announced, ‘I’m...
© LitHub
Back to top