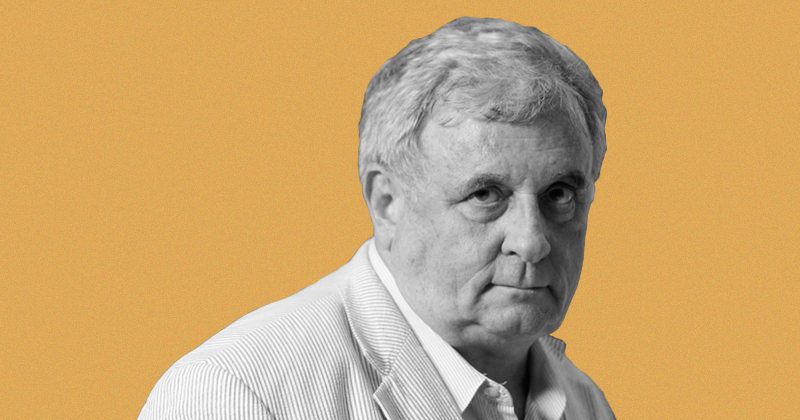 Edmund White: Reading is a Passport to the World

On Revisiting Books Favorite Books, From Proust to Shakespeare

When I was a little child, my sister, who was nearly four years older, was astonished that I couldn’t read. We were in my mother’s old Ford, driving around the main square of Hyde Park, and my sister pointed to a sign and said, “You honestly can’t read that?”

“Graeter’s,” she announced triumphantly, the name of Cincinnati’s premier ice cream maker. “Can’t you see that? What does it say to you?” She wasn’t being mean; she was genuinely puzzled. Reading was a magical portal—once you passed through it, you couldn’t even imagine going back.

I must have been four. Two years later I could read, or at least “sound out” syllables (that was the method then). When I realized that I could interpret these hieroglyphics, I felt so free, as if a whole new world had been opened to me. Now I could herar a chorus of voices, even those coming from other centuries and cultures. I was no longer bound to the squalid here and now, to my mother’s web-spinning of agreeable fantasies or my father’s sudden eruptions of rage, to the sweating summers of that age before air conditioning.

I remember toddling into my mother’s room, where she was taking a perfumed bubble bath in the late afternoon. I announced (or maybe thought), “I’m free. I can read.”

Could I really have had such an improbable thought at age six? Or have I just told myself that that thought occurred to me then? And yet I remember my mother’s sweetness, the good smell, the afternoon sunlight, and my very real feeling of joyful liberation. And, quite concretely, reading has always struck me as a passport to the world, one in which characters are more real than actual people, where values are more intense than in the dim light of reality, where characters fly up into destinies rather than paddle around in ambiguity.

I felt like a blind person who’d just regained his sight. I was no longer a Cincinnatian but rather an earthling. If things were clearly written in English, there was no text that was off-limits. I never read the standard children’s classics. No Wind in the Willows. Only recently did I get around to Treasure Island.

In my twenties and thirties no book was too ambitious for me; I worked my way through Theodor Adorno and Heinrich von Kleist, Roland Barthes and Michel Foucault, though I was drunk most of the time and often had to hold one eye shut. I suppose I was hanging out with a pretty brainy crowd back then, and I felt I had to keep up. I doubt I retained much, though in my thirties and forties I reviewed several books by Barthes and Foucault.

I was so driven back then, it never would have occurred to me to reread a book! My goal was to have read everything, or at least the major works that appealed to me, that seemed essential. Perhaps because I’d never done any graduate work, I felt inferior. I’d never read The Faerie Queene. Worse, I’d been a writer for eight years for Time-Life Books, the ultimate home of the middle-brow. Although I invariably said defensively, “I’m not an intellectual,” I wanted to be one—or at least to be able to refuse demurely that title. Sometimes I took comfort in the idea I was an artist, not an intellectual. I even resorted to the ridiculously snobbish notion I was a “gentleman amateur” and not an intellectual. But I’ve always wanted to have the choice to join any club, especially one that might reject me. For instance, I made a major effort to join the Century Club, for which one had to be sponsored by 11 or 12 current members. Two years after I was accepted, I resigned. Too many lawyers.

Now I do reread at least two books every year—Anna Karenina and Henry Green’s Nothing. Although these two novels are so different one from the other, they both reward closer scrutiny, so much so they scarcely resemble the same book one remembers having read the year before. People complain about the Kitty and Lvov parts of Anna Karenina, but that’s a frivolous charge. Their love stands in dramatic contrast to Anna’s and Vronsky’s passion and is the necessary counterweight to that tragic tale. In the same way, some readers treat Nothing the way they regard all comedy—as lightweight. Actually it is a profound study of the generations and social classes—and unexpectedly it sides with the older, richer people.

“Perhaps some prose is enough like a taut play script that it profits from being read aloud, but almost always a live reading of prose is an exercise in vanity.”

The other book I’ve reread five times in my life is Proust’s. When I was a teenager I read it as the bible of snobbism; it gave me a whole vocabulary to describe this vice that Proust calls “narrow but deep.” Now I read it as the definitive condemnation of snobbism.

For my memoir, I’ve reread a few favorites by Colette, Nabokov, and Tolstoy and read for the first time novels by Guyotat, Giono, and Malaparte. Do we prefer to revisit books we love or to explore the unknown? Are we happier to find new things in the old or to detect familiar themes and strategies in the utterly new and startling? The brilliant novelist of modern manners Alison Lurie once explained to me why she was more popular in England than in America. “For the English I’m writing about an unfamiliar subject [American academic and artistic life] in a familiar style of social satire, whereas for Americans I’m writing in an unusual style about familiar subjects.” Has she touched on an explanation of why we like certain books and not others?

Joe Brainard reportedly said on his deathbed, “The best thing about dying is that you never have to go to another poetry reading.” How many times I’ve had to sit through poetry readings in a stuffy room with subaqueous light at the end of a long day and fight against falling asleep! The mind loves a narrative, and in my half sleep my poor brain has spun cartoons made up of chance words, my embarrassment, trace memories (what Freudians call dismissively “the daily residue”), and my shipwrecked will to wake up, or at least not snore.

Everyone says poetry is an oral art, and perhaps some of it is meant to be read out loud. Good actors can make us understand passages in Shakespeare that use obsolete language, though I hate it when pedants hope to indicate the line break or the caesura. I could never make sense of The Tempest until I saw it onstage. On the page I could never keep track of all the characters. Charles Lamb argued in an essay that reading Shakespeare is preferable to seeing him produced, and maybe hammy acting and garish sets and thundering exits and entrances do topple certain of Shakespeare’s cloud castles, but great performances can dial into sharp focus even the vaguest verse.

But does modern poetry gain from being recited out loud? James Merrill was a smooth, trained reader and the smile in his voice could give the reader permission to laugh at his improbable mixture of metaphysics and gossip. His light social tone so often gives way to the sublime that a reader less civilized than he scarcely knows what is funny and what is serious (sometimes both at once, since he thought wisdom was expressed in puns and that the language itself is the collective unconscious).

Percussive poetry like Pound’s translation of the Anglo-Saxon The Seafarer as read by the author himself to the beat of drums can be riveting; a casual scanning of the page would never render the granitic, prehistoric force of this masterpiece. In his recitation (now on YouTube) Pound rolls his r’s, thuds the final d’s, and maintains a shaman’s monotone. Maybe Paul Verlaine’s musical verse (or John Keats’s) is improved by being read out loud, but most 20th- or 21st-century verse is too abstract or too dense to be understood on a single hearing. The mise-en-page, the line breaks, the Latinate or Anglo-Saxon origins of the words, as in tomb and grave (“The tomb in Palestine / Is not the porch of spirits lingering. / It is the grave of Jesus, where he lay”)—these are all elements that surrender themselves only to close reading.

With prose the problem is the speed. Everyone reads at a different pace, and some texts are not interesting or intricate enough to be dosed out at conversational speed. We get it; we want to scan it. Perhaps some prose is enough like a taut play script that it profits from being read aloud, but almost always a live reading of prose is an exercise in vanity. It may be valuable for the fiction writer to gauge the response of his audience, to listen for contradictions or unintended echoes, to detect where people’s attention wanders. But do these practical benefits for the writer outweigh the torture undergone by the public?

Silent, solitary reading (if the book is good) is the best conversation, with all the uhs and ahs edited out, the dead metaphors buried, the dialogue sharpened, the descriptions vivid, the suspense rising, the characters hovering between the unique and the representative. In the great Italian and French guides to good conversation during the Renaissance and 17th century, conversation must avoid pedantry and cruelty and seek above all to please and to entertain. Finally it must be natural; affectation is the worst sin, far worse than flattery, which may even be desirable. In her definitive study The Age of Conversation, Benedetta Craveri (granddaughter to the philosopher Benedetto Croce) argues that good conversation should not make anyone feel inferior or ill at ease but rather the object of a total consideration. And Simone Weil, the French religious philosopher, thought paying attention was a form of prayer.

The novelist or essayist should never mystify for no good reason. We should know why the marquise goes out at five o’clock (if it’s relevant). In an essay we should not be thrown off by academese. An idea may be difficult, but not its expression, as I learned from my beloved Marilyn; the words should be as lucid as possible. The assumption should be that the reader is intelligent but not necessarily informed. 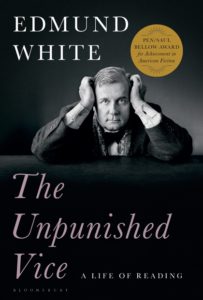 From The Unpunished Vice. Used with permission of Bloomsbury. Copyright © 2018 by Edmund White. 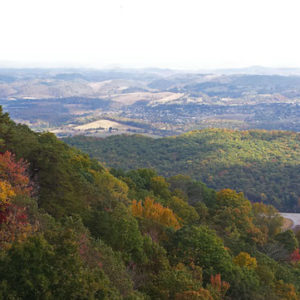 Throughout my writing career of 30 years I have focused on a single subject: people from the Appalachian mountains of eastern...
© LitHub
Back to top
Loading Comments...