Why I Hate Christmas (But Love Songs About Hating Christmas)

Every year, around this time, a special spirit is in the air. Fir trees and spruces line the sidewalks, wreaths are strung from streetlights, sales circulars fill mailboxes, and children’s eyes are aglow. From the doorways and windows of shops come songs of harkening angels, silent nights, and chestnuts roasting by an open fire. And well into my fifties, something inside me seethes in adolescent fury and wants to clap my hands over my ears.

Hate is a strong word. Hate should be reserved for the most implacably destructive forces in our lives. Racism, sexism, injustice. And of course, Thanksgiving—the most hypocritical and least erotically charged of all holidays, a day when Native Americans note the theft of their land and the English quietly celebrate the departure of their most irritating citizens. There is a reason, I believe, that so few songs have been written about Thanksgiving and even fewer of them are good.

Christmas doesn’t inspire quite the same level of revulsion as cranberry sauce or buckles on hats. But its ubiquity, its fake piety, its commercialized rituals, its bright cheery unquestioning insistence that we should all feel the same way at the same time can give you the queasy sensation of being bullied by elves. Loneliness, alienation, and ambivalence are not allowed, or at least not admitted to. All sense of guilt and struggle is suppressed. And nowhere is that elf tyranny more pronounced than in the nearly unbearable music of the holiday.

Not that all these songs started out as abominations. I don’t doubt that when Bing Crosby introduced Irving Berlin’s “White Christmas” to an anxious public just a few weeks after Pearl Harbor people responded with genuine emotion. And Nat King Cole was a great jazz musician, so I can try to forgive that chestnuts song. But if I never hear “Winter Wonderland,” “Silver Bells,” or “It’s the Most Wonderful Time of the Year” again, I will die a happier man. And no, I don’t care if it’s Annie Lennox, Justin Bieber, or Gwen Stefani. In politics, they say issues are the last refuge of a scoundrel. In pop culture, it’s the Christmas album.

To shop for your loved ones in December means constant exposure. It’s impossible to walk through Herald Square without being bombarded by “Deck the Halls” and “Sleigh Ride.” So every year, I take solace and refuge in some of the great songs that have been written in bloody-minded opposition to the holiday.

Unfortunately, one of the greatest of those anthems is on the verge of getting abducted into the fusty pantheon of tradition. This might be one of the last years when anyone can listen to the Pogues’ “Fairytale of New York” with a raised glass and a quickening pulse. On the off-chance you haven’t heard it (the Daily Mail recently named it the UK’s favorite Christmas song), it’s a cinematic story-song about a man sleeping off a Christmas Eve binge in the drunk tank and remembering a life he might have once had. Last year, Joyce Wadler of the New York Times took a chisel to its reputation in a humor column ridiculing the song for inviting an “almost luxuriant self-pity and melancholy that envelopes you like a steaming tub filled with expensive bath oils.” Far more damaging have been the numerous cover versions, one more treacly than the next, with muscular Broadway-ready voices turning the song into something that might not sound out of place on a Disney soundtrack.

But go back to the original, 30 years old now. It appeared after an opening trio of Celtic punk salvos on a record called If I Should Fall From Grace With God. Try to hear that “Once Upon a Time in America” piano introduction like you’ve never heard it before. Pretend you haven’t become inured to Shane McGowan’s guttersnipe croak and the rough-hewn words he wrote to go against Jem Finer’s slow-building sea shanty of a tune. And above all, listen to how the whole song get swept off its feet by Kirsty MacColl, who comes in rudely, like “the old slut on junk” McGowan describes, but with better pipes, as she casually tosses off the most politically incorrect of epithets and damns the lies her male counterpart has been telling up until then. “In operas, if you have a double aria, it’s what the woman does that really matters,” McGowan said later. “The man lies, the woman tells the truth.” After hearing her performance, he re-recorded his own vocal, realizing that he would have to match her splendid alchemy of viciousness and forgiving grace.

If you can somehow manage to scrape away the kitsch that’s accumulated on the song over time and hear it fresh, you might just get a little catch in your throat. And not just because MacColl herself was killed some years later saving one of her kids in a boat accident. Sometimes a song gets to be evergreen because it deserves to be.

Only slightly less refined, but just as enduring is the Kinks’ raunchy anti-holiday broadside, “Father Christmas.” You could conceivably listen to “Fairytale of New York” with half an ear and think it’s sweet. It would be hard to make that mistake when Ray Davies is channeling street urchins mugging a Sidewalk Santa (“Father Christmas, give us some money!”) and his kid brother Dave is slashing through sleigh bells with homicidal malevolence on his guitar. There’s a reason the Kinks never got to be mega-stars. They would simply never do what they were supposed to do. They would never just beg you to please come home for Christmas or wait for you under the mistletoe. They would insist on finding some perverse angle that would put them firmly outside the mainstream. So perverse, in fact, that Ray Davies, an Englishman through and through, actually wrote one of those few rare songs about Thanksgiving.

Of course, he has also written dozens of more subtle, complicated and beautifully realized songs—“Waterloo Sunset,” “Days,” “Sunny Afternoon,” and “Lola,” among them. But as a rousing statement of intent, “Father Christmas” is hard to beat. It thumbs its nose at you, picks your pocket, and dares you not to sing along. It feigns a move toward sentimental resolution near the end, then decides to stick to its guns and go out making a racket. And every Christmas, it’s there to remind me that if I hadn’t had Davies as an example when I younger, I might have spent more of my life trying to be “normal” and to fit in. And that would have been a shame, at least for someone trying to be a writer.

There’s one other War on Christmas song I want to tell you about, and I bet it’s one you haven’t heard—not the least because it pretends that it’s not about the holiday. “Thank God It’s Not Christmas” is a largely forgotten song by a largely forgotten group (at least in this country) called Sparks. Like the Kinks, they were primarily a brother band, but unlike the Davies siblings, Ron and Russell Mael are Americans, Jewish guys from sunny LA who relocated to chilly England in the midst of the glam-rock 70s. The song itself bears some of the hallmarks of its time—soprano pop opera vocals, deliberately dinky keyboards and pulverizing bomb shelter production. It sounds like a loud trifle, stuck at the end of side one of an album with the whimsical title, Kimono My House. It wasn’t even a hit single at the time. In fact, I hadn’t thought of the tune in decades until I found myself in London one Christmas Eve and suddenly realized what it was about.

For someone born and raised in Manhattan, it’s a shock to see one of the major cities of the world shut down and go so completely dark. Block after block of silent gray houses, with nary a light on inside and no one else on the streets. No Chinese restaurants, pubs or movie theaters to take refuge in. Not even a radium glow through the windows of people watching Rudolph the Red Nosed Reindeer on TV. Even the subways shut down. All at once, I understood the true desperation when Ron Mael had his brother sing that as disappointing and dissolute as any of the other 364 nights of the year could be, they were all better than Christmas “when there is only you and nothing else to do.”

It may be the most wonderful time of the year for some people, but for others it’s a time to start drinking and drugging heavily, or to get new locks for the gun cabinet because the relatives are coming over, or to get that copy of Final Exit down off the high shelf. Because the distance between what the world around you says you should be feeling and the way you really feel has become unendurable. “Will the mood allow one dissent?” Mael sang. And of course the answer is an overpowering no. The lost and lonely are banished to the margins for the season, left to stand outside the decorated shop windows, with their faces pressed against the glass. Or just drowned out by the umpteenth version of “Jingle Bell Rock.” Thank God, somebody has written a few songs to make those days just a little more honest and perhaps a little less bleak.

And thank God I wasn’t alone that Christmas Eve. I was with my wife and my two sons, who forgave me for leading them astray and telling them I was sure we could find a place to eat in London that night. We walked for hours without seeing another soul or even a dangling ornament. Finally we spotted a dim light on a street corner. One tiny convenience shop was open. We went inside and found a young Pakistani man behind the counter, while Wham’s winsome “Last Christmas” played on his boombox. Years later, its singer and composer George Michael would be found dead at the age 53 on Christmas morning, after a life of turbulence and torment barely hinted at by his music. But on that night, I wasn’t thinking about him or his song. I was thinking about how glad I was that there were enough cheese and ham sandwiches left in the cooler to feed my family.

We paid the money, thanked the clerk for being there and headed out into the freezing night with the bell on the door ringing behind us.

Peter Blauner is the Edgar-winning author of Slow Motion Riot, The Intruder, and Proving Ground. He spent the 1980s covering crime and politics for New York magazine. For the past decade he has been working in television, writing for several shows in the Law & Order franchise and the CBS show Blue Bloods. He was born and raised in New York City and currently lives in Brooklyn with his wife.

Gary Panter, Matt Groening, and the Dual History of Punk and Comics 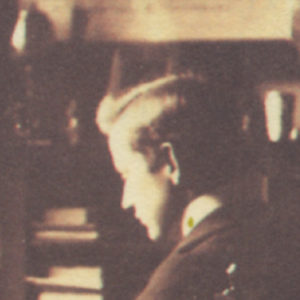 That Walter Benjamin wrote an extensive series of sonnets to mourn the death of Christoph Friedrich Heinle, a promising poet...
© LitHub
Back to top