On Apple’s Need to Corner the Trust Market

Global capitalism is a funny thing. We read Piketty and Krugman, we vote for Bernie Sanders and we don’t quite trust the free market system, especially the big banks on Wall Street. And yet when it comes to a different kind of trust, to the protection of our privacy rights in today’s networked age of big data, our trust resides with multi-billion dollar multinational technology companies like Apple.

Today, a senior executive at Apple will appear in front of the House Judiciary Committee to underline the importance of this trust in our digital economy. “Every day, over a trillion transactions occur safely over the Internet as a result of encrypted communication. Hundreds of millions of law-abiding people trust Apple’s products with the most intimate details of their daily lives—photos, private conversations, health data, financial accounts, and information about the user’s location of their friends and family,” Bruce Sewell, Apple’s General Council, will tell the committee in his opening statement (made public yesterday).

But all this is in jeopardy, Sewell will warn. He is arguing against a federal court order that requires Apple to provide the FBI with a “back-door” into its iPhone. This would break the device’s encryption system and not only empower hackers and other data criminals, but also undermine the privacy of every smartphone user.

Trust us, Sewell will plead. Trust our technology. Trust Apple.

“We feel strongly that our customers, their families, their friends and their neighbors will be better protected from thieves and terrorists if we can offer the very best protection for their data,” Sewell will say. “And, at the same time, the freedoms and liberties we all cherish will be more secure.”

This win-win—the simultaneous protection of our data and of our democracy through encrypted technology—is a familiar Apple trope. According to CEO Tim Cook, Apple is “a staunch advocate for our customers’ privacy and personal data. We do these things because they are right things to do,” Cook argued at the company’s annual shareholder meeting last week.

Cook received a standing ovation from his investors who evidently trusted this message. “Where we stand in times of controversy is a measure of our character,” said the civil rights activist Reverend Jesse L. Jackson, who also happens to be an Apple shareholder. “Some leaders only follow opinion polls. Others stand up for their principles, refuse to compromise, and mold opinion. We have such a leader of Apple, Tim Cook.”

Yes, global capitalism is a funny thing. Here we have Jackson bestowing language on a mega-rich CEO that he once might have reserved for a prominent freedom fighter. And all this at an Apple investor meeting which also—surprise, surprise—voted down a proposal to accelerate the company’s recruitment of minorities on its board.

“Think Different,” said the classic 1990s Apple advertisement which—reflecting the “politics” of Steve Jobs, that great conquistador of cool—fused the 60s counterculture with the disruptive economy of our contemporary networked age. So let’s think different about Apple. What’s really going on here? Why has Apple responded with such bellicose drama to the FBI requests?

Yes, Sewell and Cook do, of course, have a point. By establishing precedence through this legal fight with Apple, the FBI might conceivably be able to legitimately crack the encryption on anyone’s iPhone. Manhattan District Attorney Cyrus Vance Jr. has acknowledged that he’s already asked Apple to unlock 175 phones. So where does this all lead? If Donald Trump’s xenophobic paranoia really does go viral and he’s elected President, perhaps all Muslims and Hispanics, as well as New York Times and Washington Post reporters, can expect to have the backdoors of their digital devices permanently removed.

In his 2013 book Dogfight, the Wired magazine reporter Fred Vogelstein wrote about the upcoming fight between Google and Apple for the trillion-dollar digital entertainment marketplace. But the biggest Silicon Valley dogfight in our age of ubiquitous personal data is the struggle to be trusted. And it’s this multi-trillion dollar struggle that offers the best explanation of Apple’s dramatic overreaction to the FBI request for a backdoor on their encryption system.

Trust with the user is the heart of Apple’s business model. It’s what distinguishes it from Silicon Valley upstarts like Google and Facebook whose “free” business models are based on the sale of digital advertising. As Tim Cook wrote last September about companies like Facebook and Google, “when an online service is free, you’re not the customer, you’re the product.”

That is Apple’s core value proposition in the digital age. By paying for iPhones or iPads or iMacs, Apple customers have traditionally been guaranteed total privacy. That $800 we exchange for a new iPhone 6S is, in part, a payment for anonymity. We have traditionally bought Apple products to be left alone. Trust is essential to the company’s relationship with their customers.

No wonder, then, that Apple has responded so dramatically to the FBI demands. That moral outrage coming out of Cupertino is actually an existential cry. The destruction of encryption potentially turns all Apple customers into the product of an all-seeing state. But in contrast to Google and Facebook, Apple can’t reinvent its business model around surveillance. Even Steve Jobs, who could sell almost anything to anyone, would have struggled to monetize this relationship with America’s leading law enforcement agency.

The greatest scarcity of our new economy is trust. Apple has historically been viewed by consumers as the most trustworthy tech company. That’s why the FBI’s attempt to unlock the iPhone could have such significant to the digital economy. As we say in Silicon Valley, it changes everything.

Named as one of the "100 Most Connected Men" by GQ magazine, Andrew Keen is amongst the world's best known and controversial commentators on the digital revolution. He has written five books including the best-selling Cult of the Amateur, The Internet Is Not The Answer and How To Fix The Future. He directed and wrote the 2020 movie How To Fix Democracy and is the host of the popular podcast show Keen On Capitalism. Current interests include the future of work, the future of the earth and the future of humanity. He is executive director of the Silicon Valley innovation salon FutureCast, the host of the popular Internet chat show Keen On, a Senior Fellow at CALinnovates, a columnist for CNN and a much acclaimed public speaker around the world. 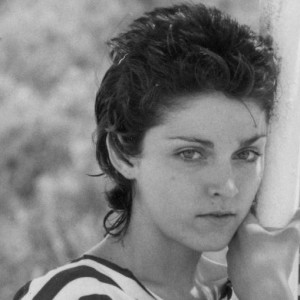 The first thing you see as you enter Bay City, Michigan, heading down M-25 West, is a sign commemorating the 2008 state championship...
© LitHub
Back to top