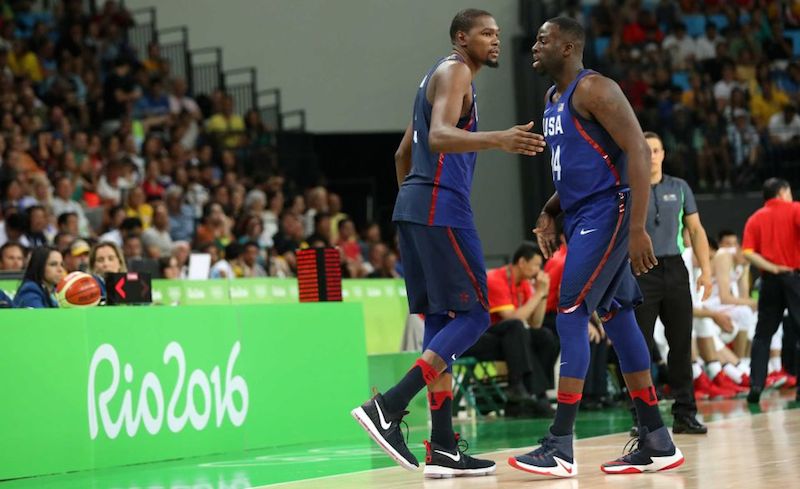 Why Do I Still Care If the US Men’s Basketball Team Wins Gold?

Benjamin Markovits on Winning Streaks and the Rest of the World

Is the US going to win another gold at men’s basketball? And what does it say about me that I care as much as I do? Not just that they win, but that they win big. For the first few months after leaving college, I traveled up and down Germany looking for a basketball job—and got my butt kicked by various European ballplayers (including a 17-year-old Dirk Nowitzki). But at least I was an American; that meant something. And in spite of all the first-hand evidence, I have kept this weird cultural attachment to the idea that this is something we do better.

Ok, so 12 years ago we lost in Athens. Manu Ginobili, whose Argentina side won the gold, said, “The rest of the world is getting better. The US is getting bored.” But there were other problems: young guys on the team, who were still learning the international game (Carmelo Anthony, LeBron James), an absence of jump shooters. But after that, USA Basketball got its act together and started putting together teams, complementary players with a history of playing together. And a new winning streak started.

But you can see the next change coming, it’s like watching a weather front advancing over flat farmland. I can’t think of another sport where the generational shift is going on so vividly before our eyes. The current US squad is good, even if we’re missing three or four of the best five players in the NBA: Steph Curry, LeBron James, Kawhi Leonard, Russell Westbrook. We could use a pass-first point guard, too (like Chris Paul), though Kyrie Irving has been playing unselfishly and well. And another rim protector: Hassan Whiteside, Anthony Davis?

What’s been interesting, though, is to watch the way they’ve struggled. (And by struggle I mean beating good teams by small margins.) The standard story in 2004 had a racial undertone: these guys can’t shoot, they don’t play hard. As Grant Hill pointed out at the time, “People thought, here’s 12 African-Americans, let’s talk about their not playing hard, or their not doing this, or doing that.” Once again, the US team is made up of 12 African-Americans. But these guys can shoot (it’s what has saved them so far) and it looks to me like they are playing hard.

It’s true, they haven’t had the court time together of some of their opponents, and that makes a big difference: to defensive rotations, to finding space. Paul George has talked about the relentless motion offenses they have faced. In the NBA you can rest a little, here or there, on defense; but these Olympic players keep moving, and they don’t get tired. But the NBA game has evolved since 2004, too: first with the pass-happy Euro-style basketball of the late-stage San Antonio Spurs, and then with the three-point bombing of Houston and Golden State. We should be used to it by now.

I’ve been wondering what these games would look like if I replaced the video feed with a CGI replication of their movements—that hid the uniforms and made all the players look the same. What would I think about the Serbia/USA game then? The standard line is that America has the best athletes but that the world has better teams . . . and the standard line is probably still right. But US defenders had a hard time keeping their feet in front of Australia’s Patty Mills (30 points) and Dellevadova (11 assists), Serbia’s Milos Teodosic (18 pts, 6 assists) and France’s Thomas Heurtel (18 and 9). The French frequently beat them to offensive rebounds (11 to 8), usually a sign of athletic hustle. America couldn’t block shots, they couldn’t stop anybody inside (2 point shooting defense went from 57.8 percent against Australia, to 60 per cent against Serbia, and 67 per cent against France), and they won because of the skill sets that used to distinguish the old Soviet teams: the purity of their jumpshots.

Whenever the US has lost before (against the Soviets in ’72, and again in ’88 and Argentina in 2004), they’ve been able to turn around like Inigo Montoya, with a smile on their faces and say, I know something you don’t know . . . and bring on bigger guns the next time around. Pro players in ’92, and then better and more organized pros in 2008, and we haven’t lost since then. But I don’t know how many reserves we’ve got left—we’re not playing left-handed any more.

Maybe the weird thing is really just how long the US has been dominant—the world has been playing this game for 80 years now. By comparison, Brazil, the most dominant soccer nation, has won only five World Cups out of 20 . . . America has won gold in 14 out of the 17 Olympics they have entered. You also have to mention the racial element to this dominance: America hasn’t fielded a white basketball player since John Stockton in 1996, a fact so obviously strange and uncomfortable to talk about that almost nobody does. So that the world vs. the US debate becomes a kind of acceptable forum for having a secret conversation about race.

There’s a tacit assumption (I wonder how widely it’s held; pretty widely) that African-Americans are the aristocrats of basketball—born into graces that the nouveau-riche of the rest of the world (of Australia, Serbia, etc.) could never replicate. The best they can do is work hard, keep the ball moving, set picks, help out—play as teams. Maybe it would be a good thing if we lost, I don’t know. And yet I was happy again last night when my hometown Texas hero Kevin Durant went off (seven three-pointers, 27 points) and the US coasted away from Argentina, the way we’re supposed to do . . .

Correction: Kevin Love, who is Caucasian, played for the 2012 US team. –Eds 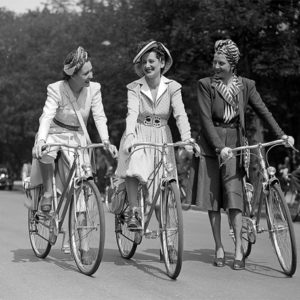 As Beyoncé, Michelle Obama, Malala Yousafzai, Hillary Clinton, Yusra Mardini, and many more are teaching us, girls run the world....
© LitHub
Back to top