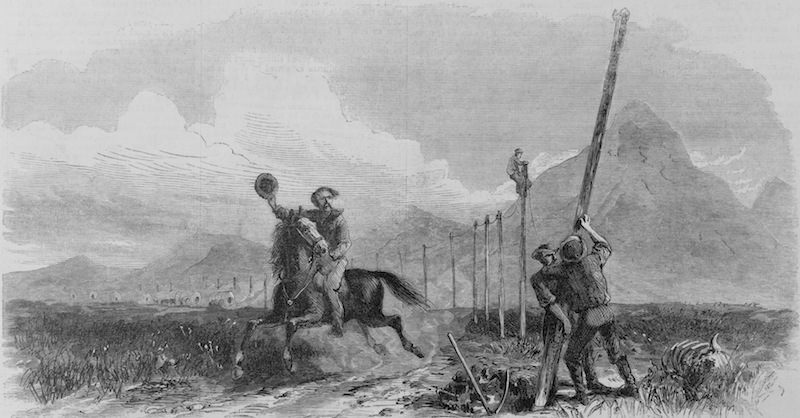 An Accidental Parable from Paulette Jiles's News of the World

The following is from Paulette Jiles’s novel News of the World, a National Book Award finalist (winner announced on Wednesday).

Captain Kidd laid out the Boston Morning Journal on the lectern and began to read from the article on the Fifteenth Amendment. He had been born in 1798 and the third war of his lifetime had ended five years ago and he hoped never to see another but now the news of the world aged him more than time itself. Still he stayed his rounds, even during the cold spring rains. He had been at one time a printer but the war had taken his press and everything else, the economy of the Confederacy had fallen apart even before the surrender and so he now made his living in this drifting from one town to another in North Texas with his newspapers and journals in a waterproof portfolio and his coat collar turned up against the weather. He rode a very good horse and was concerned that someone might try to take the horse from him but so far so good. So he had arrived in Wichita Falls on February 26 and tacked up his posters and put on his reading clothes in the stable. There was a hard rain outside and it was noisy but he had a good strong voice.

He shook out the Journal’s pages.

The Fifteenth Amendment, he read, which has just been signed between the several states February 3, 1870, allows the vote to all men qualified to vote without regard to race or color or previous condition of servitude. He looked up from the text. His reading glasses caught the light. He bent slightly forward over the lectern. That means colored gentlemen, he said. Let us have no vaporings or girlish shrieks. He turned his head to search the crowd of faces turned up to him. I can hear you muttering, he said. Stop it. I hate muttering.

He glared at them and then said, Next. The Captain shook out another newspaper. The latest from the New-York Tribune states that the polar exploration ship Hansa is reported by a whaler as being crushed and sunk in the pack ice in its attempt to reach the North Pole; sunk at seventy degrees north latitude off Greenland. There is nothing in this article about survivors. He flipped the page impatiently.

The Captain had a clean-shaven face with runic angles, his hair was perfectly white, and he was still six feet tall. His hair shone in the single hot ray from the bull’s-eye lantern. He carried a short-barreled Slocum revolver in his waistband at the back. It was a five-shot, .32 caliber and he had never liked it all that much but then he had rarely used it.

Over all the bare heads he saw Britt Johnson and his men, Paint Crawford and Dennis Cureton, at the back wall. They were free black men. Britt was a freighter and the other two were his driving crew. They held their hats in their hands, each with one booted foot cocked up against the wall behind them. The hall was full. It was a broad open space used for wool storage and community meetings and for people like himself. The crowd was almost all men, almost all white. The lantern lights were harsh, the air was dark. Captain Kidd traveled from town to town in north Texas with his newspapers and read aloud the news of the day to assemblies like this in halls or churches for a dime a head. He traveled alone and had no one to collect the dimes for him but not many people cheated and if they did somebody caught them at it and grabbed them by the lapels and wrenched them up in a knot and said, You really ought to pay your goddamn dime, you know, like everybody else.

And then the coin would ring in the paint can.

He glanced up to see Britt Johnson lift a forefinger to him. Captain Kidd gave one brief nod, and completed his reading with an article from the Philadelphia Inquirer concerning the British physicist James Maxwell and his theories of electromagnetic disturbances in the ether whose wavelengths were longer than infrared radiation. This was to bore people and calm them down and put them into a state of impatience to leave―leave quietly. He had become impatient of trouble and other people’s emotions. His life had lately seemed to him thin and sour, a bit spoiled, and it was something that had only come upon him lately. A slow dullness had seeped into him like coal gas and he did not know what to do about it except seek out quiet and solitude. He was always impatient to get the readings over with now.

The Captain folded the papers, put them in his portfolio. He bent to his left and blew out the bull’s-eye lantern. As he walked through the crowd people reached out to him and shook his hand. A pale-haired man sat watching him. With him were two Indians or half-Indians that the Captain knew for Caddos and not people of a commendable reputation. The man with the blond hair turned in his chair to stare at Britt. Then others came to thank the Captain for his readings, asked after his grown children. Kidd nodded, said, Tolerable, tolerable, and made his way back to Britt and his men to see what it was Britt wanted.

From News of the World. Used with permission of William Morrow. Copyright © 2016 by Paulette Jiles.

The Attraction of Things 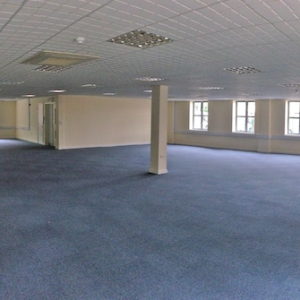 I’ve received an invitation/subscription/membership enrollment application from the Publication Board, inviting me to a Publishing...
© LitHub
Back to top
Loading Comments...