VIA DOROTHY, A PUBLISHING PROJECT

I’ve received an invitation/subscription/membership enrollment application from the Publication Board, inviting me to a Publishing Day Ceremony at the Grand Lodge of Free and Accepted Masons on 23rd street at Sixth Avenue on the day my book is to be published. I have to fill out my publication date then write my credit card information and bank number where asked. I will be charged at the Introductory Level. The fee is not inexpensive; it’s more than I have, more than you’d think anything introductory should be, but participating authors are promised pins. If a woman, I am not to wear sandals.

The Masons are not what they used to be—I am told this in the lobby of the Grand Lodge of Free and Accepted Masons by a Masonic Security Guard. Most of the building, once reserved entirely for handshakes, clandestine looks, and taking minutes, with dedicated rooms for the practicing of kicks and punches, under-apron circle jerks, and looking at oil paintings of oneself, is now rented to businesses so that the Masons can make rent.

“Is there a special button?” I ask the guard before getting in the elevator.

Not knowing where I’m supposed to go (the invitation just has the building address) I get off on the wrong floor. People sit in chairs under track lighting and discuss how to make phone hand gestures less cumbersome—it is a non-Mason related office. “Do you know where the Publication Day ceremony is being held?” I ask. I am met with blank stares, and then asked if I’m there to restock the employee fridge. “I’m dressed up,” I say, looking down to my outfit. “I’m here for a ceremony. I’ve put some things, ideas, together in such a way and I’m possibly being recognized, or acknowledged . . .” The elevator doors close.

I get off on the wrong floor again. This wrong floor is a Masons floor. A plumber fixing hallway urinals tells me I may wander freely. “Anywhere?” I say. “Pretty much. There are no more secrets worth keeping, no rites to protect, no systems being constructed here any longer,” he says. This saddens me a little; I’d like for the Masons to have at least some secrets. I’d like for them to lie and say they have some secrets. The Masons’ rooms are pretty and rectangular. There are clearly marked directions: north, south. There are chairs like clerical thrones and I sit on one for some time. Each room is different: Empire, Renaissance, Ionic, Colonial, Corinthian, Doric, French Doric, Gothic, Egyptian. They all have chandeliers and globes, walls and ceilings painted in pleasing color combinations. There is a library behind a glass door, housed in an arched hallway, a golden George Washington statue standing at the hallway’s end. I look for my book and am quietly devastated not to find it. I place several books from the 17th

“You people think you can just come in and look at the books and sit in the chairs, as though the things here are yours.”

“Laypersons, peasants,” he says. “None of this,” he says, gesturing to the halls, the columns, the oil portraits, the rolling ladders, “was made for you.”

I get in and out of the elevator at the wrong places: a food court, a Masons floor in disrepair, a floor being cleared of anything Masonic. Another floor is a temporary welfare office, where I’m told to fill out an application and then wait to be seen by a social worker. The wait is several hours. Once I meet with the social worker, I am told there is no ceremony, that there is no such thing as the Publication Board. “A few people who have come through here have given their credit card numbers to mail scams like the one you’re describing; I’ve never heard of a Publication Board—there have been Birthday Boards, Surprise Party Boards, Best Lover Boards, Good Persons Boards—with things like you’ve described—enrollment and membership fees, promises of parties, of being celebrated,” the woman says. She tells me scams are a good business and that she wants to get into doing scams to subsidize her salary. She looks over my assistance application. “It says ‘writer’ here, under profession.”

She raises her eyebrows and gives me a look the meaning of which I cannot definitively infer, though I can tell the look has a clear message. “What have you written?” she says.

She opens and then closes her desk drawer several times.

“It’s about everything, really, but very specific too. Like the decline of some things and the rise of other things.”

A week later, I receive an expedited assistance approval letter with a new application, signed by the social worker. I’m to give my financial information and pay a fee for eligibility in a new financial assistance-like program for writers. I’ll fill out the paperwork and send it in.

Jen George’s novel, The Babysitter at Rest, is available now from Dorothy, A Publishing Project.

Jen George was born in Thousand Oaks, California. She lives and works in New York City. Recent fiction has appeared in n+1, BOMB, and Harper's. The Babysitter at Rest (Dorothy, 2016) is her first book. 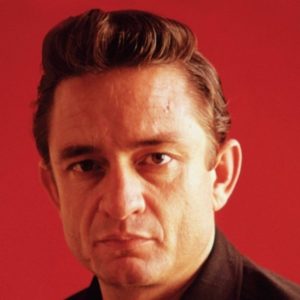 BODY ON BODY 1980s You wonder how (where) true love goes No one can say—cause nobody knows Like rain on a rock—like...
© LitHub
Back to top