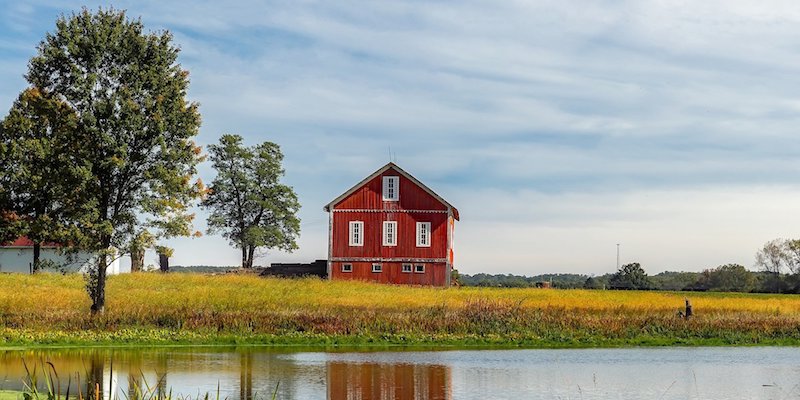 Amanda Page on Parachute Journalism and Its Opposite

I originally called Columbus a cowtown.

When I first emailed Anne Trubek, the founder and director of Belt Publishing, about the possibility of editing an anthology about Columbus, Ohio, I proposed they publish a Columbus anthology as part of their city anthology series because, “Columbus, Ohio is in a crossroad of the Midwest. Once dubbed ‘Cowtown,’ it is a once small city that has swelled into sprawl.”

I didn’t explain “Cowtown.” I don’t think I knew the origin of the nickname at the time. Later, I found a random post on an old message board that stated the name came from a time when you could see the cows from the Ohio State University’s agricultural center from downtown. I thought perhaps a contributing writer would send me an essay about the history of the city’s nickname; I considered writing one myself, about the city’s reputation as a cowtown and home to one of the most successful artisanal ice cream brands in the nation.

I never wrote that essay. And I didn’t receive one like it from another writer, either.

In the original call for submissions, which I shared on social media and on flyers at every coffee shop in town, I asked for pieces that spoke to the constant conversation I heard again and again in the city, which revolved around an ongoing question: What is Columbus? (I did not mention Ohio State football, nor did I receive a single submission about it.) Residents of the city thought a lot about its place in the national imagination, but it seemed to lack a cohesive identity, if a cohesive identity is something you can create in a slogan or a handful of cultural institutions. Maybe it was a matter of branding, some suggested. Maybe it was a matter of being a little too insecure about what others thought of us, others said.

The books build community as much as they depict it.

I loved the question. I think anyone who travels or is interested in distinctions would. A friend once asked me, “Are you a somewhere or anywhere person?” He knew I’d love the question. Somewhere people typically live in small towns, while anywhere people tend to gravitate toward places where lots of people from somewheres come to live. Major cities along the coasts are often considered anywheres. Maybe Columbus could be, too. Or maybe it was a real somewhere.

I asked for pieces that would explain the city’s distinction. I wanted to read pieces about what made the city unique. What were its best features? It’s flaws? Why do those of us who choose to live here make that choice?

That’s not what I got.

A lot of pieces began, “Columbus is…” But, as I read more and reached out to more writers who were writing in the city, not necessarily about the city, I started to see a broader version of the place where I live and write. And, although I continue to have plenty of conversations about what Columbus is—and what it could be—the very process of gathering the items that together make The Columbus Anthology made the question of definition less important in my mind. The city’s character emerges from the collective; it doesn’t need a definition imposed upon it. I’m not even certain it needs a definition in words; any one definition would be too condensed. Every city’s identity is much more expansive than a slogan or a one-sentence elevator pitch from economic development executives or the tourism board. In that way, cities cannot be contained.

Not every contributor was born in the city they’re writing about, but every contributor considers that city their home. Mandy Shunnaruh, a contributor to The Columbus Anthology, told me about the angst contributors have felt about their participation. “I’d lived in Columbus for less than a year and I felt like I hadn’t been here long enough to justify contributing. [But] when I found out the essay made it into the anthology, there was a sense of ‘Of course it did. This is my home,’” she said.

When Anne Trubek published Rust Belt Chic: The Cleveland Anthology in 2012, it was a one-off, self-published venture. “I was getting annoyed at national media parachute journalism at the time, and I thought, ‘We have so many people on the ground here in Cleveland,’” Trubek said. She put a call for submissions out in May, and by September, she had a book; what was initially an impulsive decision had become an organic, community-wide effort.

As the book’s popularity grew, Trubek launched a publication, Belt Magazine, that covered stories in Cleveland and across the Rust Belt. Then, the possibility of publishing a second book started to percolate in conversations with editors in Detroit and Cincinnati. Trubek founded Belt Publishing, an independent press, in 2013, to “upend the expectations about the Rust Belt, the Midwest, and its writers,” as stated on its website.

Its titles include 15 anthologies from cities ranging from Minneapolis to Gary, Indiana, containing poetry, essays, and, in a few cities, fiction and photography. “The anthologies allow a community to tell its own story to itself,” Trubek said. “They’re a ground-level view told by the residents of a city, not as cheerleading, but getting a snapshot of a city, warts and all.”

Besides their appeal to the people currently living in the cities anthologized, the books become important to people who left the region, of which there are many. “The Rust Belt has been depopulated through the years. For people who left, they’re extremely important,” Trubek said.  “They can touch base with where they grew up, and are still emotionally invested. … Also, if anyone is visiting these cites for the first time, they’re a great introduction to the cities.”

The contributions do not always project a glowing review of the cities, even by people who are proud to live there.

The books build community as much as they depict it. Both the publisher and editors make it emphatically known that these anthologies exist for the residents of these cities and for them to tell the stories of their cities to one another. Cities like Detroit have seen their stories told by a smattering of journalists over the years; too often, journalists and outsiders who struggle to understand the Rust Belt and Midwest drop in and write election-year profiles that locals don’t always feel represent them. Instead, these anthologies showcase an ongoing complexity and diversity that runs much deeper than your typical election-year coverage. “The reasons these states are important every four years is because they encompass complex realities, and that’s why the anthologies are important: because they encompass complex realities,” Trubek said.

Back in 2013, after the success of The Cleveland Anthology, Trubek began discussing the idea of a Detroit anthology with Anna Clark, a former literary blogger who had previously interviewed Trubek for her website. Clark was living in Detroit through the period of bankruptcy that catapulted the city into a global spotlight. At the time, the national press was portraying images of ruin across the city. “People talk about Detroit in terms of what it’s lost,” Clark said.

Clark was originally afraid she wasn’t the right person for the job, since she grew up a three-hour drive from Detroit. “The act of editing an anthology is an act of listening, “ she said. “I conceived of it as a listener. I thought, ‘I’m going to start this book not in checklist mode. I’m going to trust the process to teach me what needed to be in the book.’”

She assumed that the contributors who responded to her call for submissions would want to write about the institutions that shaped Detroit’s national identity, like Motown or the Lions. But, she received almost none about such well-known entities. “What people most wanted to write about was their family homes, their family businesses, and much more intimate locales,” she said. “The places where people actually live their lives.” In 2014, Belt Publishing released The Detroit Anthology, and a series was born.

That same year, Zan McQuade was batting around the idea for an anthology of work about Cincinnati. She’d been talking to friends about collecting pieces about the city she’d been living in for a few years. She met Trubek, who said, “Do one for us.”

It was important to McQuade to capture the moment in time. She tried to find pieces that spoke loudest to her about the city, but because she hadn’t been there long—just a few years—and she didn’t have the network there that would produce a lot of submissions. “It ended up being a very different book than I intended,” she said.

McQuade grew up in southwestern Ohio, and she saw how quickly the region and city of Cincinnati was changing. “I wanted to find a way to talk about the way it was changing,” she said. “For me, it was about giving a platform to voices in the cities and the experience of living in the city at that moment … It was like creating a mixtape of the city.”

For the writers whose work made the anthologies possible, it’s an opportunity to be heard. If the national onlookers won’t listen, it’s not catastrophic—the work isn’t for the outsiders. “Outsiders don’t get to say anything about us,” Shannon Shelton Miller, a contributor to the Detroit anthology who grew up there, said. “Let us handle it.”

The contributions do not always project a glowing review of the cities, even by people who are proud to live there. The editors want to present a true portrait of each place from their contributors, to their contributors, and to the readership interested in hearing the story of a city from the city itself. A few years after contributing to that anthology, Shelton Miller was living in Dayton, Ohio, and pitched the idea of a Dayton anthology to Belt Publishing. That anthology comes out in early December, 2020. “There is a Dayton identity,” she said. “It’s gritty, but we’re going to defend it.”

Shelton Miller initially received a lot of “rah-rah pieces” about the city when she put out a call for submissions. She wanted to take a critical, nuanced look at the city, including a period in 2019 when a tornado and a mass shooting at a nightclub in the Oregon District brought a number of national reporters to town. Shelton Miller decided to devote a section of the anthology to that year as a way to collect pieces about the present-day challenges the city faces.

“Place does define us and it takes processing,” said Jacqueline Marino, editor of Car Bombs to Cookie Tables: The Youngstown Anthology, now in its second run. “We have to think about where we are in this big landscape, and what kind of environmental forces influenced our early years. The importance of place and how it shapes us carries through our entire lives.”

Amanda Page is a Columbus-based writer from southern Ohio. Her work appears in Belt Magazine, The Daily Yonder, and 100 Days in Appalachia. She is the editor of The Columbus Anthology from Belt Publishing and The Ohio State University Press, and founder of Scioto Literary, a nonprofit that supports writers and storytellers in Scioto County, Ohio and surrounding counties. Follow her on Twitter @amandadashpage 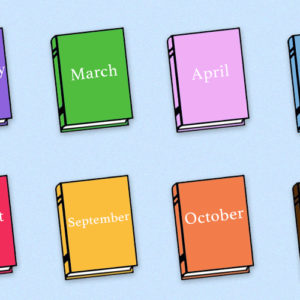 So far, aside from certain results in Georgia, 2021 hasn't proven itself to be much better than 2020, at least where our collective...
© LitHub
Back to top