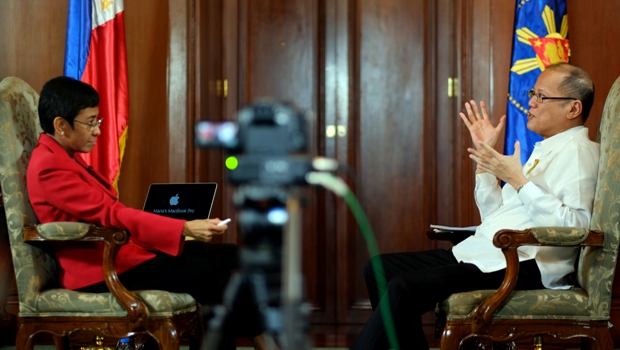 In this episode of Keen On, Andrew talks to journalist Maria Ressa about the weaponization of social media, the loss of democracy as we know it, and how we can save our future.

Maria Ressa: I think that if the social media giants had thought this out just a little bit more, we might have avoided the kind of manipulation that came from Russian disinformation. The idea is not to make a candidate win or lose; it’s actually to make the population lose trust in anything. When they don’t trust anything, when there’s no credibility of institutions, then the voice with the loudest megaphone wins. … The way we’ve seen it work in the Philippines now is a lie is pounded a million times. When you say a lie a million times, it becomes a fact. Except it’s a lie. So without facts you don’t have truth. Without truth you can’t have trust. That means you don’t have democracy.

Andrew Keen: But this isn’t the 20th-century version of totalitarianism. It’s not always.

Ressa: I am not sure what you mean by that–

Ressa: This is chaos.

Keen: It is informational chaos. They flood the market with lies.

Ressa: Democracy is based on us being able to make a choice, right? You can’t make a choice if you don’t know what’s real and what’s an illusion, what’s fact and what’s fiction. That’s the kind of weaponization of social media that’s happened. It is flooding, so propaganda has been there forever, but propaganda said a million times now replaces facts.

So we do have alternative realities, and this goes back to the way the Internet is also set up, right? We have different feeds. What if there’s no more public sphere? Why is my reality more important than your reality before the tech platforms became the world’s largest distributor of news? Newsgroups and journalist organizations were in charge of both distribution and gatekeeping facts and making sure that the public sphere was not polluted. That’s all gone now. That’s part of the reason that democracy as we know it is gone. We need to do something substantive, and it goes back to the social media giants and to these tech platforms. What can they do to make sure that this virus of lies actually stops?

Keen: So what you call the virus, how can it be confronted? What are the most effective ways to turn this thing around?

Ressa: In the short term, the tech platforms are the only ones who can take action. We can wait for government regulation, but that will take time. Part of the reason we work with all the tech platforms and all the tech companies is precisely because, in our case, it’s here and now. If there is nothing significant done this has a direct impact not only on Rappler but also on my future. Everything that I built in my career is on the line now, right? In the end what this lack of gatekeeping has done is it’s made the fabric of our society very weak because it sells to the highest bidder. The choice is a very good choice, the way this works.

As founder and executive editor of Rappler, Maria Ressa has been at the forefront of both investigative journalism and media innovation. A journalist for nearly three decades, Ressa spent most of her career at CNN as bureau chief in Manila (1987-1995) and then Jakarta (1995-2005). She is the author of two books: Seeds of Terror: An Eyewitness Account of al-Qaeda’s Newest Center of Operations in Southeast, which was published in 2003, and From Bin Laden to Facebook. In November 2017 she received the National Democratic Institute’s 2017 Democracy Award. 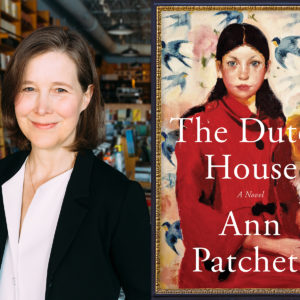 This week on The Literary Life with Mitchell Kaplan, Ann Patchett, author of The Dutch House, discusses “two things that...
© LitHub
Back to top