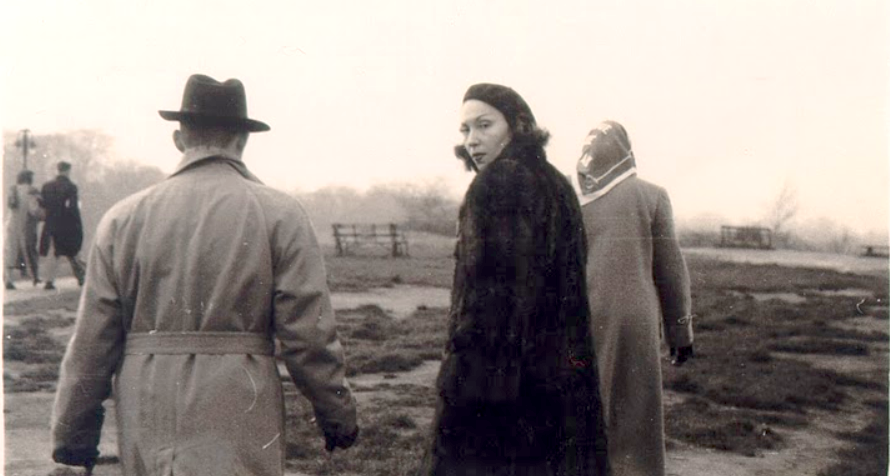 From the Selected Cronicas, Translated by Giovanni Pontiero

I am convinced that at some time during the Stone Age I was definitely ill-treated by some man who loved me. Ever since then I have been haunted by a secret terror.

It so happened that one warm evening I was having polite conversation with a man of some breeding. He was dressed in a dark suit, with well-manicured hands. I was sitting there eating some guavas and feeling completely relaxed, as Sérgio Porto would say, when suddenly the man asked me: “Shall we go for a walk?”

No. I am going to be blunt. What he really said was: “Shall we take a little stroll?”

Why he should say little stroll I never did discover. Because suddenly, from a height of thousands of centuries, the first stone of an avalanche came tumbling down: it was my heart. Who could it have been? Who could have taken me for that little stroll in the Stone Age from which I never returned because I ended up staying there?

I do not know what element of terror exists in the monstrous delicacy of that expression a little stroll.

Once my first heart came rolling down and I had wickedly devoured those guavas, I felt foolish but terrified at the prospect of some improbable danger.

I can now say improbable, reassured as I am by civilized customs. By a strict police force, and my own ability to escape as fast as the most slippery of eels. Yet I should dearly love to know what I would have said in the Stone Age when, looking like a female ape they shook me from my leafy arbor. Such nostalgia! I really must spend some time in the countryside.

Having swallowed my tiny guavas, I turned pale without the color draining altogether from my face: my fear was much too vertical in time to leave any traces on the surface. Besides, it was not fear. It was terror. It was my entire future disintegrating. This man, who was my equal, murdered me for love. For this is what they call love and they are right.

A little stroll? Those are the words the wolf used when he spoke to Little Red Riding Hood, who got wise only after the event. “Just in case of lurking danger, beneath the leaves I’ll build my nest”—where had I heard these lines before? I cannot remember, but the people of Pernambuco know what they are talking about.

May the Man forgive me if he should recognize himself in this tale of fear. Let him take comfort from the fact that I was to blame. I should have accepted his invitation without suspicion, as well as the roses he sent beforehand: such kindness, the night was warm, his car waiting outside. And he should know that—in the simplistic division the centuries imposed on me between good and evil—I know that he was A GOOD MAN, LIVED IN A CAVE, ONLY HAS FIVE WIVES, DOES NOT BEAT ANY OF THEM, ALL FIVE WIVES LIVE CONTENTEDLY.

And I beg of him to try and understand—I appeal to his good humor—for I know that an indecisive man like him uses the expression a little stroll quite naturally while for me those words conveyed the terrible threat of sweetness. I must thank him for this expression. Never having heard those words before, they left me deeply shocked.

I was happy and transformed—but out of fear.

Being polite, I explained to the Man that I could not take a little stroll. The centuries have prepared me and now I am as refined as any woman even if I choose to take the precaution of building my nest beneath the leaves to avoid any danger.

After the Man’s sudden retreat, here I am, safe but still shaken. Have I escaped a little stroll which might easily have cost me my life? Nowadays it is all too common to lose one’s life by chance.

Once the Man had gone, I realized that I was overjoyed and a completely new person. Oh, not because of his invitation. For thousands of years we women have continually been invited to go for a walk, we are used to it and happy to accept without being pushed. I was happy and transformed—but out of fear.

Because I am in favor of fear.

For certain fears—if they are not demeaning and have indestructible roots—have given me my most incomprehensible reality. The illogical nature of my fears fascinates me, gives me an aura which can be disconcerting. I can barely conceal beneath this modest smile my extraordinary gift for succumbing to fear.

But in the case of this particular fear, I keep asking myself what could possibly have happened to me in the Stone Age? It was clearly something unnatural, otherwise I should not have been left with this tendency to look sideways, or have become so discreetly invisible, cunningly assuming the color of the shadows and greenery, always keeping well into the side when walking along pavements and adopting a brisk pace. It had to be unnatural, otherwise it would never have frightened me, given my nature and circumstances. Or could it have been that even in that age when people lived in caves—where I continue to retire in secrecy—could it have been that even then I invented this neurosis about the motives behind that little stroll?

The answer is yes, but there is nothing wrong with having an oblique heart, it is a lighthouse, a compass, wisdom, sharp instinct, experience of death, the power to divine a disquieting but blissful lack of adjustment, because I am discovering that my own maladjustment stems from my origins. For everyone knows that mosquitoes are a sign of heavy rain, that to cut my hair under a new moon will give it greater strength, to mention a name I dare not utter will cause delays and great misfortune, and tying the devil with red string to the leg of a piece of furniture has at least tied up my demons. And I know in my heart—which has never dared expose itself in the center, and for centuries has kept well to the left under the cover of shadows—I know full well that Man is such a stranger, even unto himself, that innocence alone makes him natural.

No, this oblique heart of mine is right, even if the facts soon prove me wrong. A Little Stroll brings certain death, and the victim’s startled face remains with glassy eyes staring up at that complacent moon. 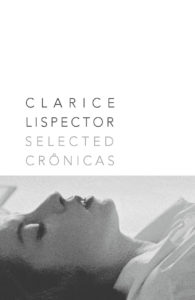 Clarice Lispector was born in 1920 to a Jewish family in western Ukraine. As a result of the anti-Semitic violence they endured, the family fled to Brazil in 1922, and Clarice Lispector grew up in Recife. Following the death of her mother when Clarice was nine, she moved to Rio de Janeiro with her father and two sisters, and she went on to study law. With her husband, who worked for the foreign service, she lived in Italy, Switzerland, England, and the United States, until they separated and she returned to Rio in 1959; she died there in 1977. Since her death, Clarice Lispector has earned universal recognition as Brazil’s greatest modern writer.

In a Sudan Where Literature is Often Smuggled, the Short Story is a Perfect Form 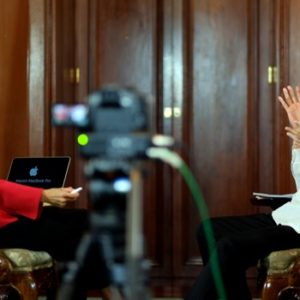 In this episode of Keen On, Andrew talks to journalist Maria Ressa about the weaponization of social media, the loss of democracy...
© LitHub
Back to top
Loading Comments...