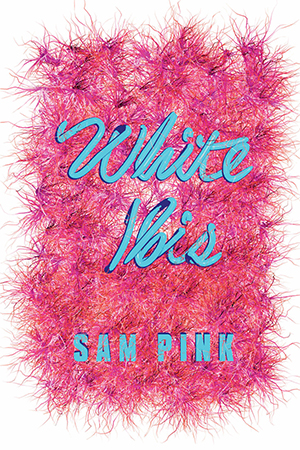 The following is from Sam Pink's collected novellas, The Garbage Times / White Ibis. In White Ibis, a young man and his girlfriend leave the cold Chicago winters for the lush wilderness of Florida. Sam Pink is the author of several previous books, including Witch Piss, Rontel, and The No Hellos Diet.

My girl’s cousin came over.

‘Hey, y’all! Ch’all dewn?’ she said, striding in and setting down her massive key chain.

Bam came out and licked her leg, tail nub wagging.

She held on to my shoulder and fixed a flip-flop, adjusted her bra.

Also, hey, what a coincidence, she wasn’t able to find a swimsuit with a gecko on it.

And, given her daughter’s intense love of geckos—she owned one and it would be attending the party—coupled with the pool-party atmosphere and me being ‘Mr. Artist and all’ . . . well, do the math.

She took a swimsuit out of her purse and tossed it to me.

It was aqua-colored with no graphics.

She said, ‘Think you could draw a gecko on that for Sunday, Mr. Artist?’

When people find out you like to draw at all, it means not only are you available for free work, but you also have to constantly prove yourself.

No one ever believes you.

Oh yeah? If you’re such a fucking artist, let’s see you draw a gecko on a swimsuit.

‘Sure, yeah,’ I said, holding the small swimsuit.

‘And one for Sheldon,’ she said, tossing me a white T-shirt.

They were celebrating both her daughter’s and her son’s birthdays at the same party so I also had to make her son a shirt.

Some video game he likes.

I was, of course, panicking from the moment she left.

I had to come up big.

And not just for any situation, but a dual birthday/massive party situation, at which there would be not only close family but friends and their families, and, I assumed, not to say it was my chief concern, the employees for the reptile show also promised.

‘Hey, what’s that supposed to be?’ someone will surely say, as the birthday girl holds up her new swimsuit, her face slowly changing from an ecstatic smile to shock, then dread.

This is my gecko swimsuit?

This is what I have to wear?

‘It looks like a rabbit kind of,’ someone says in the background somewhere, as I fade to tunnel vision.

‘Lemme see it! Huh. Not really that good.’

I went out to get fabric markers.

I couldn’t fuck this up.

If I fucked up, that was it.

I couldn’t afford fabric markers and a new swimsuit/T-shirt.

So it was on me to come up big.

Let’s see what you got, old man.

At the craft store, I took a sales flyer, but only out of nerves, as I’d already been receiving it by email for, hell, months at that point.

Yes, I had been reaping the benefits of THAT arrangement for quite a few months.

And this month’s flyer was no exception, boasting the lowest prices in what had already been an absurd year.

50% off all craft pumpkins.

I found the fabric marker aisle.

The cheapest pack would be costing me eight of my last twelve dollars.

I got in line, behind an old lady arguing about a coupon.

There was a standoff between her and a young, angry-looking girl at the register.

The old lady continued to argue in a manner so annoying she was destined to succeed.

Michael Ondaatje on the Books He Loves to Reread 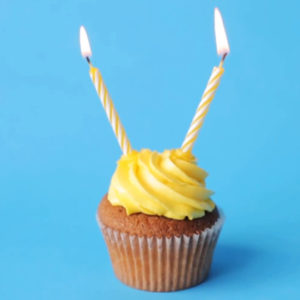 Sophomore Slump? 6 Novels that Disprove an Old Cliché I’ve never paid much attention to certain aspects of the books I love. Author’s biographies, generally speaking, don’t...
© LitHub
Back to top