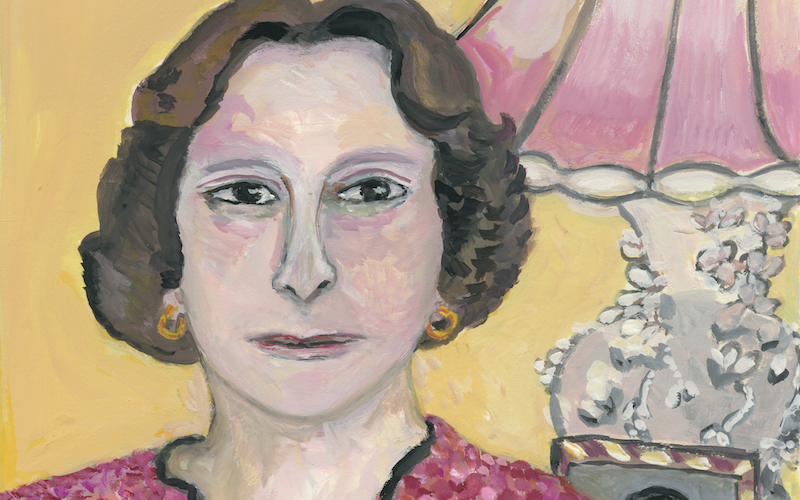 Portrait of Stella by Maira Kalman.

Every new book you write is an education, often—usually—in ways that take you by surprise.

I remember hearing Philip Roth, late in his life, describe writing as the one profession where experience counted for next to nothing, because every time a writer types the words “Chapter One” he is stepping into an unexplored, unknown, unplumbed world. “You begin every book as an amateur and a dummy,” Roth said, accurately if pretty bleakly to my ear—but bleakly with an asterisk: because while you might begin as an amateur and a dummy, that’s not exactly where you’ll end up.

This has certainly been my experience with One Hundred Saturdays: Stella Levi and the Search for a Lost World, which took me more than six years to research, write, and rewrite and left me altered, as both a writer and a human being, by the end.

Nothing I’d ever done before prepared me for what happened more than seven years ago now, when one evening I sat down at a lecture and struck up a conversation with a then ninety-two-year-old woman named Stella Levi who within minutes was telling me about how the French language ended up saving her life in Auschwitz. I was captivated, intrigued, maybe also provoked (which may, in part, have been Stella’s intention), and on the next Saturday I went to her apartment in Greenwich Village to hear more. At the time I had no way of knowing that this would turn out to be the first of one hundred Saturdays I would spend in Stella’s company.

Stella, it emerged, was one of the last surviving members of the Sephardic Jewish community of the island of Rhodes. She grew up under fascism since Italy, after having seized the island in 1912 as the Ottoman empire was disintegrating, ruled Rhodes as an official colonial possession beginning in 1923, the year she was born. In 1938, when Mussolini issued his racial laws against the Jews, Stella was kicked out of school; in 1944, after Germany captured the island, Stella and her entire community, more than 1,700 people in all, were taken to Auschwitz, the longest of the deportations measured by either time or distance. Ninety percent of them were murdered soon after they arrived. 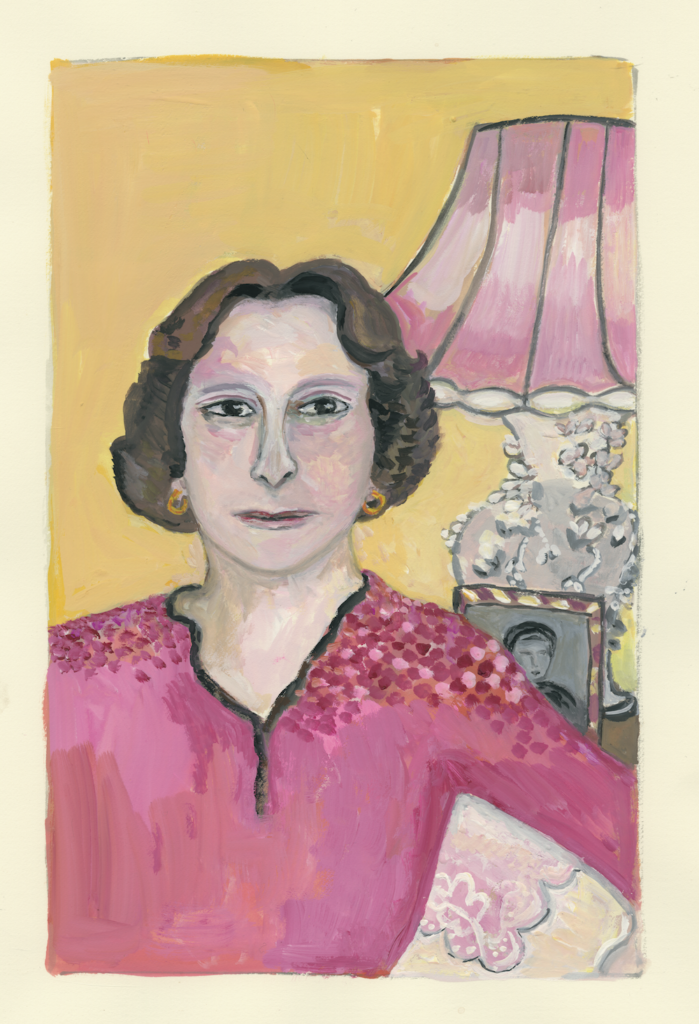 Portrait of Stella by Maira Kalman.

I knew very little about Rhodes when I sat down next to Stella that evening in 2015, and while, after seven years, I would end up knowing a great deal more, this is only partly what I mean when I say that writing this book has been an education for me. What I learned from Stella and One Hundred Saturdays ranges beyond the events of Stella’s life to a broader lesson about writing, and also, more fundamentally, listening. It took me a long time to learn how to truly listen to Stella.

I had to train myself to arrive on a Saturday afternoon without a preconceived idea or task (blanks to fill in, dots to connect, events—many of them horrific—to wrap my brain around) but with, instead, an openness to seeing where our conversation would take us. I had to train myself to tolerate incompletion, illogic, imperfection, tedium, and missteps. And I had to learn how to be patient with the fact that the unshaped flow of thinking, speaking, and feeling that eventually accrued didn’t, for long stretches of time, seem to be leading anywhere definitive.

What did “definitive” even mean in this context? I had landed in the company of a ninety-plus-year-old woman who needed to unburden herself of her life story, to tell it properly—in any order—for the first time. For whatever reason I was there to listen.

All of this was uncharted territory for me, and yet I kept returning, week after week, even with no clear plan in mind. For the first year or so, I didn’t even acknowledge that I was writing a book (at least that’s what I told myself, except I might now ask—I might have asked then too!—how many people take notes as they are getting to know another human being?). When I realized that I did, after all, intend to write about Stella—that I needed to write about Stella—my next challenge was trying to figure out what my relationship was to be with my “subject”—which from the very beginning Stella made it clear was not how she saw herself. (She wanted to be my friend first as I wanted to be hers.) And then I had to decide what sort of book this might be. I’d written memoir and fiction, but what I was doing with Stella wasn’t laying the foundations of a memoir (or biography, exactly) or a (based-on-an-actual-story type of) novel. What kind of book was this book to be, then, and which writers could serve as possible models?

I had to learn how to be patient with the fact that the unshaped flow of thinking, speaking, and feeling that eventually accrued didn’t, for long stretches of time, seem to be leading anywhere definitive.

Oral historians like Studs Terkel and Svetlana Alexievich inevitably came to mind, with their elegantly calibrated and often heartbreaking hands-off approach to allowing their subjects to speak for themselves; but I felt that Stella’s story wanted a more mediated, personal touch and a slightly wider point of view on certain twentieth-century events that so formed (at certain junctures you might also say deformed) her life. I thought about writers who often draw astute portraits of their subjects, like Oliver Sacks, Janet Malcolm, and Joan Didion.

Yet Sacks, whose combination of compassion, research, and analysis (or speculation) almost always convinced and moved me, often had a particular diagnostic aim. Malcolm used the interview to fillet murky thinking, derail easy assumptions, and question the fallibility of memory itself; but I chose early on to trust that Stella’s take on her own life had something to say, even if certain details were blurred or contradictory or even mistaken. Didion seemed never to miss a telling beat or revealing detail; but that dry, distinctive voice of hers stayed consistent across subject matter, and I wanted to try to find a tone, a voice, that could be molded to Stella and my experience of her.

Gradually I realized that I wanted to do two things at once: capture Stella’s story and at the same time try to convey a sense of what it felt like to capture Stella’s story, to put in all these hours over all these Saturdays, to listen, sift, sort, question, and circle back again and again as I sought to render an approximation of a life. And I use the word approximation intentionally: One Hundred Saturdays is not Stella’s life story (“There’s so much I haven’t told you,” she said to me only a few months ago) but my take on Stella’s life story, which accrues, in the book as in life, across a considerable span of time. If One Hundred Saturdays were a meal, you might call it slow food; instead it’s a slow book—not to read (I hope) but to realize, as in to make real, to bring into being.

Time is, in many ways, the book’s connective thread. Time as it was lived over Stella’s long life. Time and its relationship to Stella’s memory, which works like a telescope aimed at the traditions, customs, rituals, proverbs, music, food, clothes, habits, and language of a long-vanished world, and the events that destroyed that world, and the way one human brain, and soul, came to think and feel about its destruction. Time as that monster you wrestle with in order to get down on the page all this vibrant life while you still can.

Stella turns one hundred next spring, and I hope I’ve succeeded, not in outwitting time but in inhabiting so much of it so fully with this unforgettable woman whose story—and listening to whose story—over these past seven years has taught me so much.

And now, back to being an amateur and a dummy—if, maybe, a more patient one. 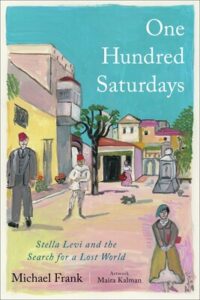 Michael Frank’s One Hundred Saturdays: Stella Levi and the Search for a Lost World is available now via Avid Reader Press.

Michael Frank is the author of What Is Missing, a novel, and The Mighty Franks, a memoir, which was awarded the 2018 JQ Wingate Prize and was named one of the best books of the year by The Telegraph and The New Statesman. His latest book is One Hundred Saturdays. His essays, articles, and short stories have appeared in The New York Times, Los Angeles Times, The Atlantic, Slate, The Yale Review, Salmagundi, The TLS, Tablet, and other publications. The recipient of a 2020 Guggenheim Fellowship, he lives with his family in New York City and Camogli, Italy. 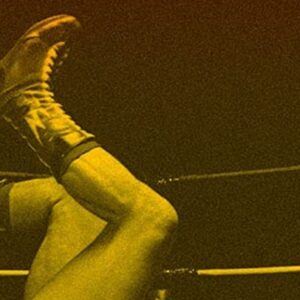 Many brilliant works of fiction and nonfiction have explored how sports create meaning in our lives and communities and shape...
© LitHub
Back to top
Loading Comments...