On the Unconscious Desire to Destabilize a Binary

When I was an MFA student, most of my friends were poets. That wasn’t a conscious rejection of my own genre (fiction), but I think it came out of an unconscious desire to destabilize a binary. At that time you could either be a fiction writer or a poet. Few programs even thought about creative nonfiction as a valid category, in spite of Joan Didion, Barry Lopez, and James Baldwin.

As a queer person, I never knew how to fit very well into externally designated categories, especially when there were only two options for me. I had the feeling that I could learn from poets—how they saw, how they heard. It struck me as the art form closest to music, my first love, and I loved the fact that poetry always felt like it was steaming ahead of me, and my job was to catch up.

I’m lucky to teach in an MFA program in which writers from all three genres sit around a workshop table. By that I mean a fiction workshop includes poets and nonfiction writers. Nobody is treated as an outlier or interloper. If anything, a poet’s ideas about leaps and compression are passed on to those who write prose, while a fiction writer’s takes on characterization and narrative structure are brought to bear on a poem. The nonfiction writer? They always have things to say about inquiry, research, and accuracy.

Early last year I came up with the idea to teach a class called Multigenre Experiments in Form. The plan involved looking to published inter-genre work as touchstones for new writing. I wasn’t surprised to see how effortlessly my students took to the culture of the class. No prose writer had to be pushed to write in lines and stanzas after an extended block of text. No poet had to be convinced to embed a photograph between poems in a sequence.

By the end of the semester my students became more attentive to the sonic and logical patterns in their work. Their writing opened up. They appeared to be less concerned with violating convention, maybe because no one could say with absolute authority what was working or not anymore. No one ever can in any workshop—we all know that deep down—but the stakes were more complicated without the usual markers.

Maybe we all learned how to better describers, which is never a small thing.

I should say that I’m not talking about a free-for-all, anything goes kind of mindset in which rigor isn’t central, and we’re not giving thought to the work of our literary ancestors. But I do believe we take interpretation to a different place when we ask questions about the rubric through which we see. Is this essay in front of us inventive or—a little self-indulgent? Is all this mutability deepening the experience for the reader, or is there a more direct route? Again and again we try to situate ourselves between the two halves of those questions. We hover over that space, as if from a hang glider. Sometimes it’s hard to say what we see from up here, but we hold still for as long as we can before we move along.

This is a workshop for poets, fiction, and nonfiction writers interested in writing that explores the connections between genres. How might a structural experiment get closer to capturing the gravity and play of how it feels to be alive right now? We’ll think about that question, and more, alongside all the matters of craft: voice, structure, aboutness, sonics, description, polarity, openings, closings. We’ll look at examples by other writers, but your own work will be our primary text. Along the way we’ll work hard, take care of each other, and find ways to transcend the constraints that keep our writing from being the dangerous, beautiful, compassionate work it might be.

Paul Lisicky directs the MFA Program in Creative Writing at Rutgers University-Camden. He is the author of Later: My Life at the Edge of the World and The Narrow Door, along with four other books. The Sky in It: A Life with Joni Mitchell is forthcoming from Harper One.

Back to School For Everyone: Hybrid Poetry with Ocean Vuong 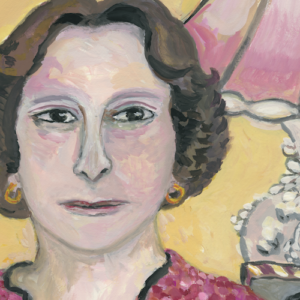 When Writing a Book Means Learning to Listen Portrait of Stella by Maira Kalman.  Every new book you write is an education, often—usually—in ways that take you by surprise. I...
© LitHub
Back to top
Loading Comments...