David Paul Kuhn Talks to Andrew Keen on Keen On

On today’s episode, Andrew talks with David Paul Kuhn about his new book, The Hardhat Riot, and the connections between 1970 and our present moment.

Andrew Keen: The Hardhat Riot, David, what exactly was it that happened 50 years ago, May 1970? Who did it bring together?

David Paul Kuhn: On April 20th, 1970, Richard Nixon announces 150,000 troops are coming out of the war in Vietnam. Not long after, Nixon announces the incursion into Cambodia. There is tumult on campuses nationwide, especially on elite campuses. That leads to anti-war protests like the nation had not seen since World War I, probably. And that anti-war protest reaches a climax over a weekend in a campus few had heard of in Ohio, called Kent State. The Kent State Massacre, where four students are shot dead and more are injured, happens on a Monday. But as antiwar tumult reaches new heights in American life, really unlike anything that had been seen in the Vietnam era, the reaction to the antiwar movement also starts to simmer.

And nowhere was this more visible than in New York City. First of all, it’s still a working class city. It’s not the New York City we think of today. In many ways, you could think of it like Manchester or many other cities in the western world at that time—it was still a relic of when it was the industrial hub of the United States in the ’50s. So, you have a blue collar city. You also have the emerging upscale left. And on Wall Street and downtown Manhattan, there is basically the skyscraper renaissance, the biggest boom in skyscraper building since the Great Depression. That includes the World Trade Center.

And so by an accident of history, in downtown Manhattan, you have two tribes that had come to see each other almost unfathomably different. You have blue collar tradesmen building the towers, including the World Trade Center, high up in their steel perch, as the anti-war movement begins to consume lower Manhattan, which is largely peopled by college students. And after simmering tensions and smaller conflicts all week since the Monday of Kent State, by Friday, there is the Hardhat Riot. Basically the old left attacks the new left. The icons of FDR’s old coalition, the construction workers, most of whom were veterans of earlier wars—World War II, Korea, some Vietnam, like the police—attack an anti-war protest, and the police largely let it happen until the tumult is too much and the Financial District is overrun and City Hall is under siege. And by that point, the NYPD was nearly powerless to stop it, and luckily it was de-escalated.

Andrew Keen: David, your book, The Hardhat Riot, is a wonderful narrative in itself about the riot. But of course, you are equally interested in its significance today. How do you read The Hardhat Riot 50 years later? Wouldn’t it make sense in today’s America—of division, of riots, of simmering tension, not only between left and right but within the left itself.

David Paul Kuhn: So, one, only a third of the book is the riot itself. Two thirds of the book is the context. It’s the antecedents and aftermath. It’s the episodic traumas that brought the hardhats into the streets and that created an under-discussed class tension underlying the rifts of the era. We think of the rifts of the era in terms of civil rights and cultural conflict. Class underlay almost every conflict in the United States.

And of course, I focused on this era because it sheds light on today. In the third part of the book, I spend time on Richard Nixon’s blue collar strategy, his effort to shift the Republican Party from blue bloods to blue collars, which sets the stage for the Reagan Democrat, which will eventually set the stage for Donald Trump. This was the beginning of the era when the conservative movement basically began to win the white working class. And it’s not that if it wasn’t for the Hardhat Riot, it wouldn’t have happened. It’s that this era and the Hardhat Riot is the best microcosm of the initial fracturing of the FDR coalition that eventually set the stage for the America’s conservative party winning the working class.

David Paul Kuhn is an author, reporter, and political analyst. He has served as a senior and chief political writer across the political-media landscape, from Politico to RealClearPolitics to CBS News, as well as written for the New York Times, the Washington Post Magazine, the Wall Street Journal, the Atlantic, National Review, New Republic, and the Los Angeles Times, among other publications, and regularly appears on networks ranging from BBC to Fox News. He is the author of the political novel What Makes It Worthy. 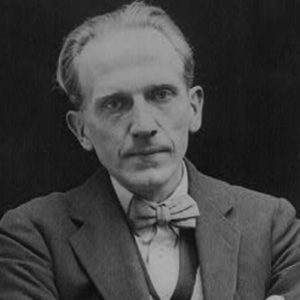 Instead of doing a big holiday episode and taking a break, the guys decide to celebrate by putting out some little tidbits...
© LitHub
Back to top