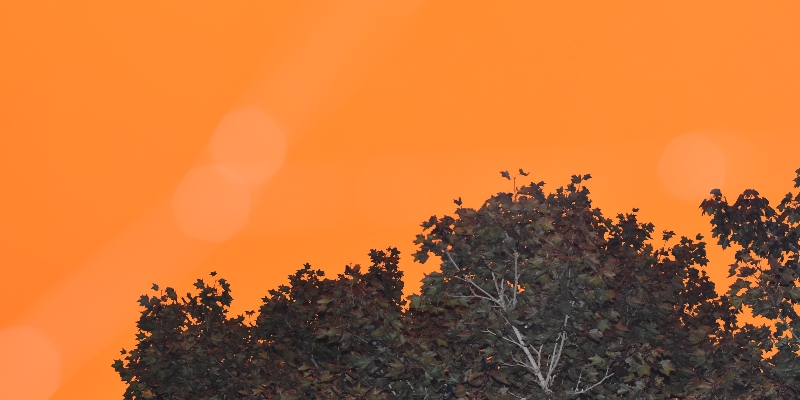 "The question arises: are we just a series of chemical reactions?"

I am talking to you because I need you, and to need means to love. Let’s see. Am I just establishing inventories? Where am I? That’s already an enormous question. I am in the midst of whatever I am thinking of. There are fires in California, they have returned. I am burning. Am one of the trees that’s disappearing in the fires. My body black and grey becoming ashes.

And what’s left? Things enter existence, then do not last. How am I still around, how are my bones still related to my mind? In this mystery is there any window?

The window is in fact a sliding door facing the Atlantic. Its tides, its waves, its whims. And my own expectations, premonitions, fears and delusions. The tides recede, far away, in the direction of England, where some crucial things are happening. Further North. That chapter is closed. So many things are out of reach.

My preoccupation, now, concerns a requiem that I have to write; it cannot be for planet Earth, as it is slowly dying, but not dead. What’s gone is the earthly paradise it once was.

There’s a dilation of the senses under the heat. Wind surfing on the shore. The summer is drifting, becoming a cloud, the summer is raining.

There’s a relation between an inner light which is mine, and the world’s exuberance, for example my need to turn to Heraclitus, periodically. There’s an equilibrium we all possess, while it eludes us, and the possibility, regardless, of swimming twice in the same river…but when, and where…

I need the physical world, that’s my sanity.

The world’s energy showed itself in this particular day through the tides: the longest tide in years, it was said, and I watched it, before it disappeared. Sitting at the edge of the unique, long street of Dahouet, closest to the ocean, I looked and looked at the narrow strait where the mounting waters formed a river having the deep and shining green color of pine, hurrying upstream, carrying my senses with it. It’s worth giving one’s life for a moment like this.

This is a planetary country. We’re in a geography that’s asking a question: why is your life so monotonous? The question makes that life bearable.

I need the physical world, that’s my sanity. And it’s more than that: anything not tied to the physical world sounds suspicious, that’s why I rather kick stones with my foot than linger on the world’s issues: if none of them have any solution, then why bother? For a prisoner the most important thing is to see the light outside. As for the rest, he’ll wait. Nowadays I’m in a similar situation; I yearn for long shadows and the games they play on a wall, for a short trail, for a beach with nobody on it…for the nonsense of a screwball kid.

Now it’s time to open the cave’s window and leave it open. Let reality fill the space. At what speed? Who cares? The marriage of heaven and hell, a book, or a fact? A good storm will erase all this, and erase the rainbow. At last, we will breathe innocently.

I didn’t dream last night, nor the night before, I didn’t even sleep. I contemplated the night’s different shades, its infinite richness. Once in a while, there were sounds, the night’s own music, dispersed. There was some visibility but no particular object came to the fore. I could sense waves, I could see obscurity’s own kind of brilliance. There was also thickness to the air. Soft currents traversed that air, barely flowing on my hands. I also sensed that my own body seemed to float more than the rest. Beginnings of visions, more than of ideas, started to cross my mind.

All the shades of blackness, more than the color black, took care of the space. The night went on, repeating itself.

Events. More events. Unexpected ones. A friend’s collapse. To witness a mind go wild, like the California fires right now, is the hardest thing one can experience. And still, we do. The mind gets so fluid that you can’t stop it with your will, you watch the will’s annihilation. The question arises: are we just a series of chemical reactions? If we were courageous enough we would say yes, we are. But there is something in those chemical reactions that make us reject the acknowledgment of their own nature. We’re body and soul, we say, let’s accept this myth. Plato did it. 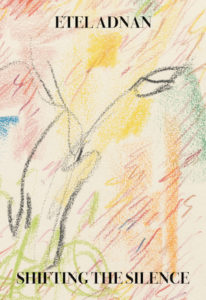 Excerpted from Shifting the Silence by Etel Adnan (Nightboat Books, 2020). Used with permission of the publisher.

Etel Adnan was born in Beirut, Lebanon in 1925. She studied philosophy at the Sorbonne, U.C. Berkeley, and at Harvard, and taught at Dominican College in San Rafael, California, from 1958–1972. In solidarity with the Algerian War of Independence (1954–1962), Adnan began to resist the political implications of writing in French and became a painter. Then, through her participation in the movement against the Vietnam War (1959–1975), she began to write poetry and became, in her words, “an American poet.” In 1972, she returned to Beirut and worked as cultural editor for two daily newspapers—first for Al Safa, then for L’Orient le Jour. Her novel Sitt Marie-Rose, published in Paris in 1977, won the France-Pays Arabes award and has been translated into more than ten languages. In 1977, Adnan re-established herself in California, making Sausalito her home, with frequent stays in Paris. Adnan is the author of more than a dozen books in English, including Journey to Mount Tamalpais (1986); The Arab Apocalypse (1989); In the Heart of the Heart of Another Country (2005); Sea and Fog (2012), winner of the Lambda Literary Award for Lesbian Poetry and the California Book Award for Poetry, Night (2016), and Surge (2018). Time, a volume of her poems translated from French into English by Sarah Riggs, received the 2020 International Griffin Poetry Prize. In 2014, she was awarded one of France’s highest cultural honors: l’Ordre de Chevalier des Arts et Lettres. Adnan’s paintings have been widely exhibited, including Documenta 13, the Whitney Biennial, The New Museum, SFMOMA, and Museum der Moderne Salzburg. Mathaf: Arab Museum of Modern and the Serpentine Galleries have mounted retrospectives of her work. She now lives in France. 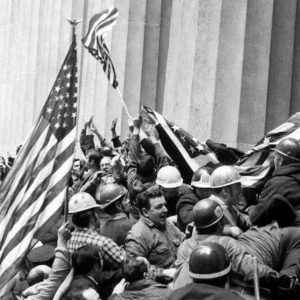