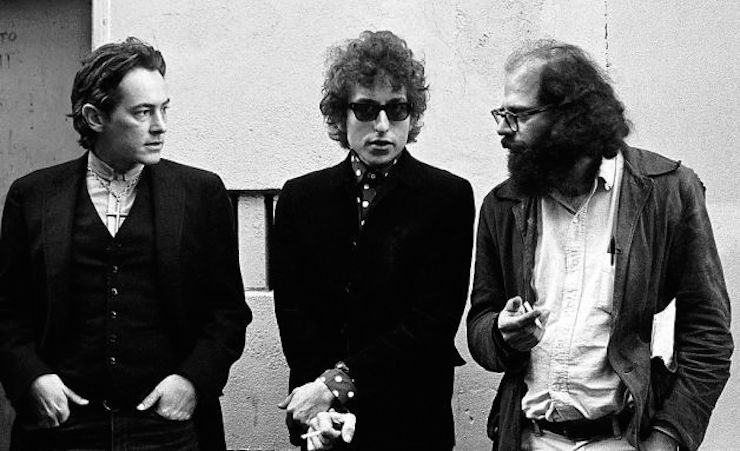 The Rise of the Literary Second Stage

Last weekend in upstate New York, three poets stood in an illuminated space and looked out over a sizable crowd. They were there as part of this year’s Basilica Soundscape, an annual music festival housed in Basilica Hudson, a onetime industrial space that now serves as host to a number of cultural events throughout the year. They were billed as “Writers in the Rafters” and positioned a story above the heads of the crowd–a way of making this particular literary aspect of the festival front-and-center for the audience below.

The approaches taken by each writer were as different as the work that they read: Dorothea Lasky’s poems veered from surreal humor into bleak emotional territory and back again; Ariana Reines brought out a large picture of John Waters from a past Basilica Hudson event, set it beside her, and took a more confrontational approach with the crowd; and Sarah Jean Alexander read a series of poems that veered from the candid to the searingly critical. And then, a few feet below and a few minutes later, Perfume Genius took to the stage.

For years, music festivals were the exclusive province of, well, music. But slowly, those became more multidisciplinary: you might see a comedian or two on stage at a label’s SXSW showcase, for instance. But in recent years, festivals have become a place where it’s easier to see writers, sometimes as guests of the festival, sometimes as active participants on stage. There are a number of reasons for this: certain festivals are simply becoming more multidisciplinary affairs, while certain artists stand on the border between music and literature. (To say nothing of Jack White’s Third Man Records making a foray into publishing.) But it’s a welcome indication that this door, having been cracked open, will only grow wider in the future.

For the writers who take part, having a sense of the the audience—of an audience who may not be wholly familiar with one’s work—is critical. As she prepared for her reading at Basilica Soundscape, Sarah Jane Alexander decided to create a new work for the event. “I wrote a new piece that was fun and accessible, and opened up with that poem before reading a couple more from my book,” she said. “It’s important to know your audience when selecting pieces for a reading. It creates a better experience for both sides.”

“This was the my first time reading at a mostly musical event,” she added. “I want to do it again.”

Not every reading can go perfectly: while it stands to reason that an open-minded musical audience might also embrace bold literature, that might not be true for all audience members. And sometimes, touring life can contribute to technical issues for readers and musicians alike. Mish Way was one of several readers at Basilica Soundscape in 2013 with a foot in the literary and musical worlds: besides her work as vocalist for the searing punk band White Lung, she’s also been published by the likes of Vice and The Talkhouse. “The piece I had spent months working on specifically written for Basilica was lost when my laptop crashed a few days before,” she said. “I was on tour and could not get it recovered. Reading a subpar piece of work in from of thousands of people is gross. I preferred performing for them rather than reading.”

The annual Afropunk Festival in Brooklyn has, for the last two years, had a small literary component as well. In 2014, recalled Greenlight Bookstore’s Annie Trizna, the festival’s organizers reached out to the bookstore about adding something literary. “Right away we had lots of ideas for authors that would be a great fit for the festival,” she said, “so we signed on with Afropunk to have a booth where we would sell relevant titles as well as host author signings.”

This year, Greenlight’s presence at the festival included signings from authors like Naomi Jackson, James Hannaham, and Daniel José Older, as well as a host of books for sale. “We had lots of customers purchasing stacks of books,” Trizna recalled. “It’s clear that the festival attracts a literary crowd and it’s a lot of fun for us to bring books to places people might not expect them to be, but where they can add a unique element to the event.”

“I had a great time signing at Afropunk,” Older said when asked about the experience. “The folks who came through were largely unfamiliar with my work but interested, and it was helpful that the themes I work in overlapped with the festival.” Older is both a writer and a musician–in addition to his fiction, he’s also the bassist and composer for the group Ghost Star. In the future, he said, having a more performative element for the literary component could be beneficial to both the musicians and writers appearing at the festival. “I usually do readings with a live band,” he said, “so something like that could work, a collaboration with groups already performing.”

For the last few years, writers at Chicago’s Pitchfork Festival have had a corner to call their own as well–Book Fort hosts a number of short readings, along with tables selling the wares of small publishers (including Vol 1. Brooklyn, for which I serve as managing editor). The overlap between Chicago’s punk and literary scenes has probably been a factor here. featherproof books publisher Tim Kinsella has been making surreal punk rock since the 1990s. Curbside Splendor has a forthcoming book on venue The Empty Bottle as well as Plastic Crimewave’s My Kind of Sound: The Secret History of Chicago Music; they’ve also released a handful of albums. At this year’s festival, as performances from Protomartyr, Ex Hex, and Run the Jewels were featured on the main stages, writers such as Amelia Gray, Samson Starkweather, and Dave Reidy took the spotlight at Book Fort.

“I think the same compulsion that drives people to discover and follow a musician or band drives people to books,” said Naomi Huffman of Book Fort. Initially founded by Zach Dodson and Mairead Case in 2012, The Book Fort has become more of a standalone entity in recent years, incorporating appearances throughout the year. “The connections between bands and indie publishers and authors and music journalists are many, varied, and flourishing; I think Book Fort has been a part of helping develop some of those connections,” Huffman said.

Small pockets of literary and musical overlap have existed for many years: Seattle’s annual Bumbershoot Festival, for instance, has had a long-running literary component under the Words and Ideas banner. Iowa City’s Mission Creek Festival emphasizes literary and musical luminaries evenly—the lineup for this year’s festival gave equal billing to Kiese Laymon and How to Dress Well. And, though its time in the northeast has run its course, All Tomorrow’s Parties held a number of literary events: 2010’s Jim Jarmusch-curated festival involved readings from Luc Sante and Samantha Hunt, while 2011’s festival, located in Asbury Park, New Jersey, featured contributions from Lapham’s Quarterly; the journal has partnered with the festival on events since then as well.

“[L]iterature is a big part of my life,” said Basilica Soundscape’s Brandon Stosuy. “It’s what I went to school for, and it means a lot to me. It makes sense, I think, to include it alongside music in certain situations where you know the audience will be open-minded enough for it.”

Stosuy is no stranger to multidisciplinary artistic events. “My model for Basilica are the events Matthew Barney and I do at his studio in Queens,” he said. “We mix together visual art and readings and music and other things to make these sort of fucked-up variety shows. Like, once we had WOLD along with a choreographed amateur wrestling match by Collier Schorr, and a reading from a Ph.D. dissertation by an art critic, etc.”

He also noted that festival attendees would seek out work by the authors after they read. (In addition to the trio of poets, Hilton Als read at a space organized by the proprietors of John Doe Records.) “[P]eople asked questions like: ‘Who was that first poet? I really liked when she said…’ That kind of thing,” Stosuy said. “For people unfamiliar with that realm, it’s giving them a taste of it, and that feels cool to me. I’m hoping they heard something they liked, and maybe wondered over to the book table, and then left with something they’ll return to now and then.”

Perhaps the rise of literary events at music festivals is part of a broader move towards a growing sense of the multidisciplinary—consider Kanye West’s forays into the world of fashion, or the fact that Jim Jarmusch has, in recent years, tapped back into his musical side. Just as a growing music festival culture is bringing together disparate musicians in the same space for the same audiences, a relative porousness in the walls between creative disciplines is making it easier for those with an affinity for one to explore others within the same space. And if it leads to a Protomartyr fan discovering that Aaron Burch’s Backswing is their favorite book, what’s not to like? 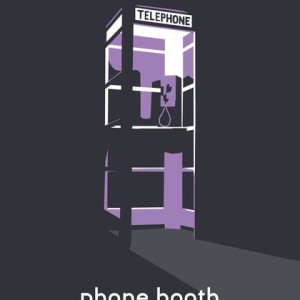 The creek was made narrow by little green trees that grew too close together. The creek was like 12,845 telephone booths...
© LitHub
Back to top