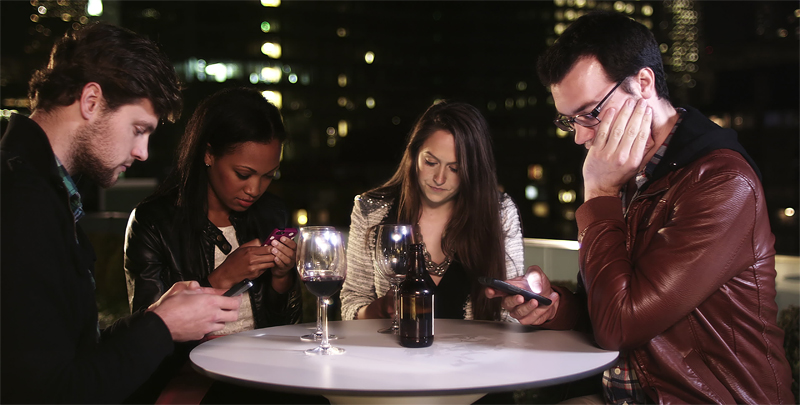 We're All Greater or Lesser Frauds on the Internet

This morning, I helped a friend wage war against a major insurance company that was trying to deny coverage of her husband’s heart surgery. I also signed a petition supporting a political candidate and pledged a small donation to that candidate’s campaign. After lunch, I visited the Pennsylvania State Archives to research historical information for a book I’m writing. I shopped for paper towels, dog food and other household supplies, paid a few bills and checked in with a group of friends that I chat with daily. Then I worked on a social media marketing strategy with my publisher.

It’s 3:00, I’ve already “engaged” with 5,325 people, and the day is still young. I’ve done all of this “engagement” in my bed, on my computer. I’ve actually not spoken a word to anybody but my dogs in several days. My sink is filled with dirty dishes. I need a shower. The thousands of people that I “engaged” with, according to my Facebook stats, are those who visited my author page. There they saw my smiling, professionally enhanced author photo. They saw my photo-shopped, near perfect hair. They read the short “status update” that I edited twice after I posted it this morning.

On the Internet, I’m friendly, thoughtful and altruistic. I’m a doer, a go-getter, a fun-loving “people-person” whose looks have held up relatively well for my age. In real life, I’m a borderline hermit who is slovenly, pessimistic and wrinkled. If you look at me in the daylight, you’ll see that I have peach fuzz dusting my chin. I need to go to the post office, but I’ve been putting it off all day. I’ve become increasingly uncomfortable seeing people out and about. I prefer my Internet persona to the real-life me, and who wouldn’t? She’s better.

When did my Internet self, the “virtual” me, begin to eclipse the flesh and blood version? It probably began soon after my publisher suggested I join Facebook sometime in 2008 to help publicize a forthcoming novel. Later, I joined Twitter, Instagram, Pinterest and Snapchat. I’ve made many friends on social media. Some have become friends in real life but others remain virtual friends. I have some virtual friends who know more about me than people I’ve known all my life.

For example, the group I mentioned that I chat with online?  There are five of us who are regulars, though others check in occasionally. We text each other almost daily on Facebook Messenger. We all live in the greater New York area, but I only knew one member of the group in real life when we all started hanging out online. We came together because we shared a mutual fascination with an Internet fraud. Not a garden-variety fake like the rest of us. She doesn’t just post photoshopped selfies. She doesn’t just remove embarrassing photos that relatives have posted on her Facebook page. This woman (let’s call her Jane) is the real thing.

Let me stop here and say that when I first became fascinated with Jane, I had an excuse. It was research. I’ve spent the past two years writing a novel about a young woman who is famous on the Internet. On her popular mommy blog, she’s snarky, busy, hilarious, and totally relatable to her millions of followers. In real life, she’s a shy recluse with no children. She lives alone with her mother. So I’m interested in online frauds. Also, I must add that I’m terrified of Jane, so I won’t go into too much detail here. I suspect many people will think I’m writing about someone they know on the Internet, but I think our Jane is probably better.

Our Jane has connections to the CIA. I know, so do many pathological liars. But our Jane also has close ties to NASA, the Democratic National Committee, and Comedy Central. She’s a beautiful Manhattan socialite who does relief work with refugees. I no longer follow Jane, but when I did, she had almost 100,000 Twitter followers. She updated her Facebook status many times a day. If a few hours went by and she hadn’t posted something, it was because she’d been at the UN addressing a panel of world leaders or in the hospital on life-support. She struggled with several life-threatening diseases, but she was a trooper. She had money issues, due to her illnesses and her abusive former husband. She posted links to her “Wish List” on Amazon, in case anybody was interested. During Fashion Week, she flitted from one show to another with her celebrity friends. She schooled us on how to behave on a red-carpet. She needed to get rid of some clutter and wondered what to do with an old Chanel bag. She was strapped for cash—the bag was a gift from a boyfriend. Maybe she’d sell it to one of her Facebook “friends.” It would sure help with her medical and legal bills.

How much? Her Facebook friends wrote in the comments.

We love you Jane!

A friend who shared my fascination with Jane introduced me to a group that had begun to discuss her on Facebook Messenger. In the beginning we just texted every now and then, usually after a particularly preposterous claim or another post grifting for money or gifts. Jane sometimes launched brutal cyber-attacks on the few people who dared question the veracity of her posts. We were amazed at how many people seemed to believe her. We all had online connections with Jane—she and I had over 100 mutual friends on Facebook, though nobody I knew had ever met her. Some of the people who “liked” and commented on her status updates were well-known journalists, doctors, and lawyers. Jane unwittingly gave clues daily that she didn’t live in or even near New York City. She was lazy with her lying. She’d post that she was getting red-carpet ready for a gala and then, two hours later, post a tipsy update revealing that she was watching Sex and the City reruns at home alone. How had the others not see through her lies? More importantly, why did we care?

The point of my story isn’t really Jane—it’s the group of us who were so fascinated with her. We all think of ourselves as moderately intelligent. We all went to college. We all have families and jobs. Yet we devoted hours of our time to watching and discussing this stranger’s online behavior. She did help me flesh out the character in my novel, especially when our suspicions were confirmed, and we learned that our Jane is actually an unemployed single mother who lives in the Midwest and may or may not be, as we had long-suspected, engaged in illegal activity. But eventually, we weren’t really talking about Jane anymore; we had just gotten into the habit of connecting with each other every day. I shared things with this group that my closest friends don’t know about me. Jane reminded some of us of our mothers or stepmothers. She reminded us of childhood mean girls. She found her way into our dreams and our work. We discussed all of this via text messages. We had running jokes. We greeted each other with Bitmojis and other silliness.

But here’s the strange thing—when we did finally meet in real life, we five who had become so intimate with each other online, it was a little uncomfortable. We had texted daily for months. But now, seated together at a table in a Manhattan restaurant, we realized that we sat amongst strangers. We struggled with small talk. We caught each other up on our work and our families. We joked about politics. But the conversation felt somewhat forced. There were little awkward silences. I remember worrying that the peach fuzz on my chin was visible. I covered my chin with my hand.

Eventually, one of us glanced at his phone and announced that Jane had just posted something new. We whipped out our phones. We all started typing at once. Now she was starting her own fashion line! We posted funny Bitmojis to each other about the waitress who was ignoring us. We told the one man in the group that he needed a better Bitmoji, and we all sent him our ideas. When our food arrived we dined happily, a group of dear friends, reunited at last. We passed around our phones, sharing photos of our children and pets. We ignored the strangers sitting next to us and embraced the people we had grown to love—there, in the place where we’re all a little bit better, where we’re all greater or lesser frauds—the Internet.

Ann Leary is the New York Times bestselling author of The Good House, and two previous books, An Innocent, A Broad and Outtakes from a Marriage. She has written short fiction and essays for the New York Times, Ploughshares, and NPR’s “You Must Read This,” among various others. Leary lives with her family in northwestern Connecticut.

Dating Tips for the Unemployed 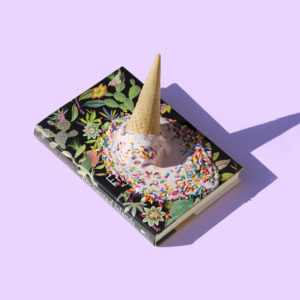 Ice Cream Books. Because sometimes this is just what you need.   A Field Guide To American Houses by Virginia...
© LitHub
Back to top