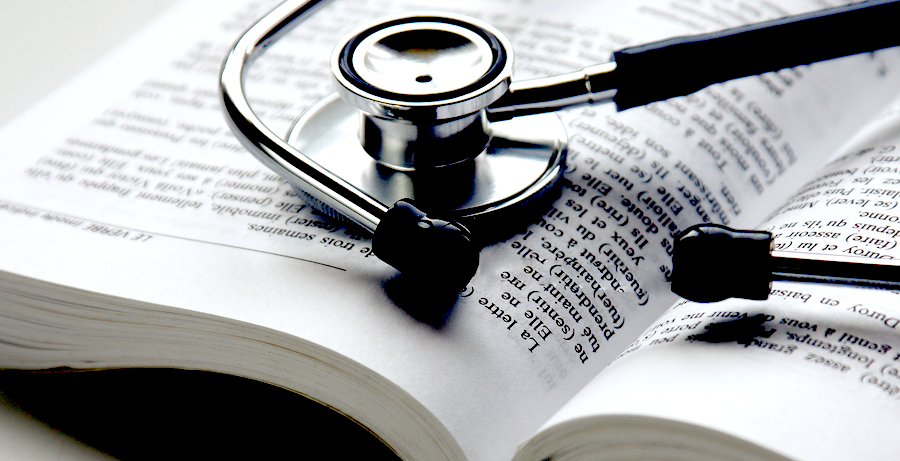 Via Melbourne City of Literature

Reading
The Egyptian sun is merciless. It scalds my skin. It’s nothing, though, compared to the burn beneath my sternum—the hot flicker of blood through my palpitating heart.

I’m on holiday and while I may look the picture of relaxation—lying on a deck chair in my swimsuit, reading a book—I’m not the least bit calm. The words on the page before me, tinted brown by my sunglasses, are setting fire to long dormant anxieties.

The book is Dissection, and the author is Melbourne GP-turned-writer, Jacinta Halloran. After reading good reviews, I’d picked the novel up at my local bookstore in the lead up to my trip. Though desperate to possess it, I was terrified of the subject matter. It spoke to a very real and pervasive fear I had—seeded during medical school—of missing a life-saving diagnosis. Fortunately, I don’t read to relax. For me the best books are the disruptive ones. They rattle me, but they also gift me glimpses of diamond-like clarity.

Dissection is one such book. It follows the life of Anna McBride, a general practitioner struggling with depression in the wake of a malpractice suit. Though told in the third person, the novel has the intensity and interiority of a first-person narrative. This, combined with its spare dialogue and forensic attention to detail, makes for a claustrophobic read. From the first word I was sucked into the suffocating space of Dr. McBride’s tortured psyche, barely taking a breath before being expelled, weary but also enlightened, at the final heart wrenching line.

It’s a decade now since I first read Dissection. I haven’t cracked its spine again. It sits on my bookcase with all the other novels—an oddly satisfying record of my literary encounters to date. I rarely revisit books, but the downside is that the images grow cataract cloudy with time. Often all that remains is a memory—of a place, and a feeling. In this case, a quickening pulse beneath the hot Egyptian sun.

Echo
It’s a muggy February afternoon when I hear about the stabbing at Footscray Hospital. Word comes through my husband, who works at Western Health. As with all breaking news, the details are sketchy. A surgeon. A disgruntled patient. A severe but non-fatal, stabbing. As I Iisten, I have the nagging feeling I’ve heard this story before. Over the ensuing hours, a long-buried image works its way like a blind shoot to the surface of my brain. The image is of another wounded doctor—a woman this time—and another aggrieved patient. It takes a while for me to realize that its origins are not real but fictional, literary. A scene from Halloran’s 2009 novel. And yet this recollection exhibits all the traits of something true and real and remembered. It’s slippery. It has the power to evoke brisk, involuntary responses in my body long before it’s been processed by my brain. Perhaps most frustratingly, it evades the direct gaze of my mind’s eye, forever lingering on the dappled periphery.

Resonance
“Feeling guilty, are you?”

The words hover—four big black balloons—above my head. I’ve called to check in on a patient, but a family member has intercepted the phone. They blame me for a delayed diagnosis.

“Feeling guilty, are you?” The family member says again, louder this time. I don’t reply but the answer, of course, is yes. The answer to this question is always yes. As I hang up the phone, I feel an impossible weightlessness, as if my mind has departed my body. I wonder if this is the “dissociation” I learnt about during my psychiatry term. But the feeling is short lived. Within minutes, the enormous weight of responsibility comes rushing back, engulfing and insulating me. The world recedes.

She feels, too, an overwhelming tiredness; a lethargy so deep that she could, this very minute, crumple to the floor and sleep for a hundred years.

And yet, amidst the gloom there is a sense of inevitability. Mistakes, near misses, actual misses, critical incidents—during my training, these horrors were mentioned almost every day. Perhaps unsurprisingly then, with this latest confrontation comes a sliver of relief. The unknown has become the known. The boogie man has stepped into the light.

There is held deep within that charged and dangerous moment, a sense of things falling gently, inevitably into place; a sense that something has come full circle. She had thought her day of reckoning had come and gone. Not so, it seems.

So, my isolation is not complete. Anna McBride is with me.

In Julie Beck’s 2018 Atlantic article, “Why We Forget Most of the Books We Read,” she concludes that “books are not files we upload to our brains—they’re part of the tapestry of life, woven in with everything else. From a distance, it may become harder to see a single thread clearly, but it’s still in there.”

I may not remember the exact words and details of Jacinta Halloran’s novel, but a small part of the book has stayed with me. Mostly this remnant has lain dormant, in some dark sulcus of my brain. But at those dreaded moments when, in spite of my best efforts, I’ve failed my patients, life has coaxed it forth again. And it has been during these times of loneliness and despair that Anna McBride has proven so helpful to me. A literary friend and colleague, reserving judgement, quietly keeping me company.

​Melanie Cheng is a writer and general practitioner based in Melbourne. Her debut short-story collection, Australia Day, won the 2018 Victorian Premier's Literary Award for Fiction. Her debut novel, Room for a Stranger, was shortlisted for the 2020 NSW Premier's Literary Awards and longlisted for the 2020 Miles Franklin Award. Her writing has appeared in The Age, The Weekend Australian, SBS Online, The Big Issue, Griffith Review and Meanjin, among others.​

Charlotte Wood on the Subconscious Act of Writing 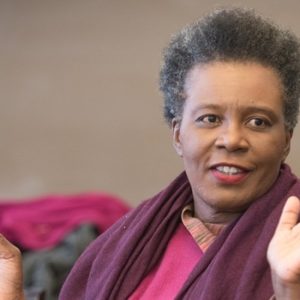