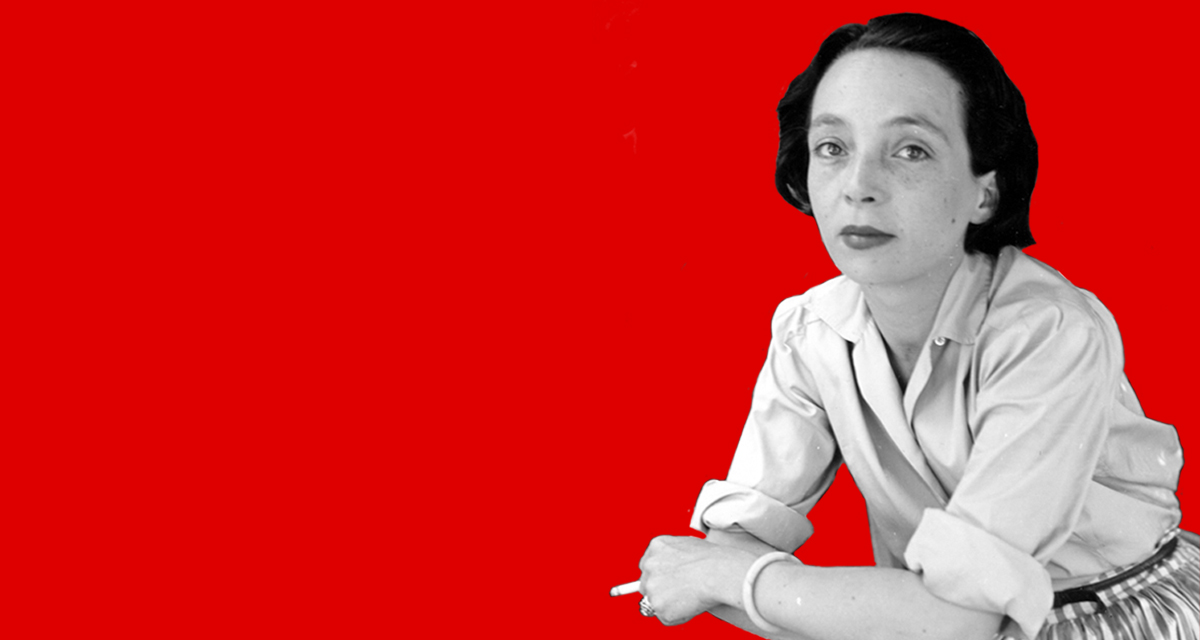 When Marguerite Duras Got Kicked Out of the Communist Party

Fun fact about Marguerite Duras: in addition to being a brilliant novelist, Academy Award-nominated filmmaker, and playwright, she was, for many years, a committed communist. And she was very good at it. She joined the French Communist Party in 1944. She was a communist, writes Laure Adler in Marguerite Duras: A Life, “because it was the party of the working classes, because it defended the poor and the pure. But she was a particular kind of communist, a euphoric, utopian, idealistic communist.” She became fairly militant about it—knocking on doors, selling copies of L’Humanité, recruiting whomever she could find, and eventually became the secretary of her local cell. Sometimes she wrote short stories on the backs of communist pamphlets.

Her companions, Robert Antelme (her husband) and Dionys Mascolo (her lover)—by the way, did everyone know that Duras lived with both her husband and her lover and everyone was fine with it? I could not love her any more—joined too. But soon Duras began to have doubts; the Moscow trials and Stalinism, in particular, distressed her, and a new friendship with an alluring Italian named Elio Vittorini showed them a new model: “the free communist though not necessarily Marxist intellectual, the affective, protesting communist.”

“For Marguerite,” Adler writes, “this persistent and agonizing desire to perpetuate communist commitment was like a search for an absolute. She stayed in the Party so that she could continue her spiritual search. How can man be redefined? How can the human condition be changed? What was culture doing to alleviate the suffering of man?”

But the Party was getting stricter, and the intellectual dissent of Duras and her friends less welcome. They even liked the wrong writers. They were slowly ostracized. On September 27th, 1949, Duras made it officially known that she had decided not to renew her Party membership. “But,” Adler writes, “you don’t leave the Communist Party: the Party leaves you and demands explanations.” Duras refused to give any, until finally she wrote a letter to the members of her abandoned cell on January 16th, 1950:

My reasons for leaving the Party are not the same as Dionys Mascolo’s. I am under the influence of no one. I took the decision alone and long before Mascolo. Viscerally I shall always remain a communist. I have been a signed-up member for six years and know I could never be anything but a communist. I would have been more than willing to give you my reasons for leaving the Party myself, had it not been for the fact that I know certain comrades are bent on distorting the most elementary of truths. But, rest assured, since I am unable to give you these reasons in person I shall not be giving them to anyone else in the world.

My confidence in the Party remains intact. And I am sure that in time the Party will rid itself of the [Jacques and Colette] Martinets of the world who, in the name of vigilance (or should we say viciousness), have but one thought in mind and that is to feed and satisfy their own petty grievances. The Martinets missed their vocation. It’s not the Communist Party they should have joined but the fire brigade (where in addition to the prestigious uniform, they would have received a few salutary showers) or the priesthood where they could have reveled in the joys of the confessional. But I am convinced the Party will one day set them on the right road.

In March, the cell responded:

The Saint-Germain-des-Prés cell wishes to inform you:

1. that after carefully examining your general political attitude, which reveals an enormous divergence from the Party political line in relation to literature and the arts in particular;

2. that after lengthy discussions within the cell during the Wednesday and Monday meetings, you refused to come and explain yourself;

3. that after reading and discussing at length your insolent and politically unsubstantiated letter regarding the Party and its democratically electric leaders.

The majority of members present voted (19 to 11) to expel you forthwith from the ranks of the Party. Before pronouncing judgement there are seven comrades who, whilst condemning your letter outright, wish to hear what you have to say despite your repeated refusals to do so.

1. Attempts to sabotage the Party by disrupting the cell, with constant attacks against the branch committee through insulting and slanderous behavior, and resorting to subterfuge to conceal divergence from the Party political line.

2. Frequenting Trotskyites, such as David Rousset, and other enemies of the working class and the Soviet Union (in particular a former attaché at the Yugoslav embassy at present chief editor of Borba).

Frequenting nightclubs in the Saint-Germain-des-Prés district where political, intellectual and moral corruption prevails, an activity vigorously and justifiably condemned by the working population and honest intellectuals of the arrondissement.

After a review by the branch committee, she was officially expelled (along with, according to biographer Alain Vicrondelet, Mascolo, Antelme, Antelme’s girlfriend, and her ex-boyfriend)—the fact that she had quit being, of course, quite irrelevant now. Duras responded with an angry, amazing letter in which she listed off her Party credentials and balked at the subtext of the accusations against her:

My distrust of intellectuals was such that it was only at the end of two years, maybe longer, that I admitted to a comrade that I was an author with Gallimard. The fact became known in the cell and I was subsequently criticized because I could probably have ‘done something different from what I was doing.’ At that particular time however, the criticisms leveled against me were very different from present ones. ‘You’re doing too much, you’re going to make yourself ill,’ people kept telling me. Now, those same comrades, whom I have not seen since I transferred to 722, send reports into the branch where they accuse me of being a ‘whore.’ Perhaps they accuse me of being a whore because they can find no other insult. It’s easy to accuse a woman of being a whore, it’s vague and facile. Is it because I’m divorced? Because I live with a man I’m not married to? I find that difficult to believe since my accusers, Semprun and Martinet, are themselves divorced and the majority of comrades from the cell cohabit like us.

. . . Nightclubs? In two years I have been to Club Saint-Germain twice. It is precisely because I don’t want to bump into communists or other intellectuals (an idiosyncrasy of mine) that I avoid going to them. I very much regret that there is no comrade from the Federation living in the area who could look through the windows of the cafés in Saint-Germain to see which of us were most active among the Sartrian youth. ‘I suffer from insomnia, I can’t bear staying in bed . . . ‘ one of the most regular told me to explain his nightly visits to local clubs. I refer to the first comrade to suggest we should be expelled. As for us, we sleep well and have no need of such pretexts.

One final point. I am accused of not agreeing with Party policy concerning politics and the arts. Very well, I admit that but let’s set the record straight. The Party said we had to knock on doors. I knocked on doors. The Party said we had to raise funds. I raised funds on café terraces and elsewhere. The Party asked us—as this was crucial—to take in the children of strikers. For two months I took in the daughter of a miner. I signed up housewives in the markets, I sold L’Humanité, I stuck posters, I contributed by getting Antelme, Mascolo and many more to become members, etc. Everything I could do, I did. What I can’t do is change some of my tastes in for example literature, which are what they are, and which would be physically impossible for me to give up. But since I have never shouted them from the rooftops, why are they suddenly being dug up at the last minute to be turned into my principal crime? During the six years I’ve been in the Party, not once, never once in the cell, did I ever discuss or express any reservations I might have had. I once confided in a comrade from the cell for the simple reason that he had encouraged me to do so, being of the same opinion as myself . . . I would like to repeat what I said in my letter of resignation, that viscerally I shall always remain a communist, I do not see how I could ever be otherwise. Given the circumstances, I should like to say that I shall never involve myself in anything that could damage the Party and that I shall continue to do everything within my means to be of assistance.

Still, her belief in the essential cause never wavered. “I’m a Communist,” she told The New York Times in 1991, just a few years before her death. “There’s something in me that’s incurable.” But as for the Party: “The Party is not Communism.” There was only one truly Communist year, she said: 1917, but when asked if she thought that kind of world would ever return, she said, “I don’t know. I don’t want to know. I am a Communist within myself. I no longer have hope in the world.”

How the Advice Columnist Conquered America 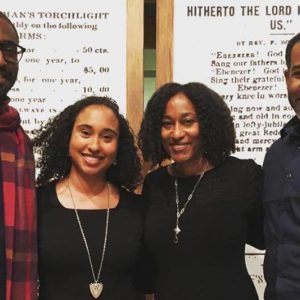 Twenty-four years ago, I went to see a friend perform at Dixon Place, a funky, experimental performance space on Manhattan’s...
© LitHub
Back to top