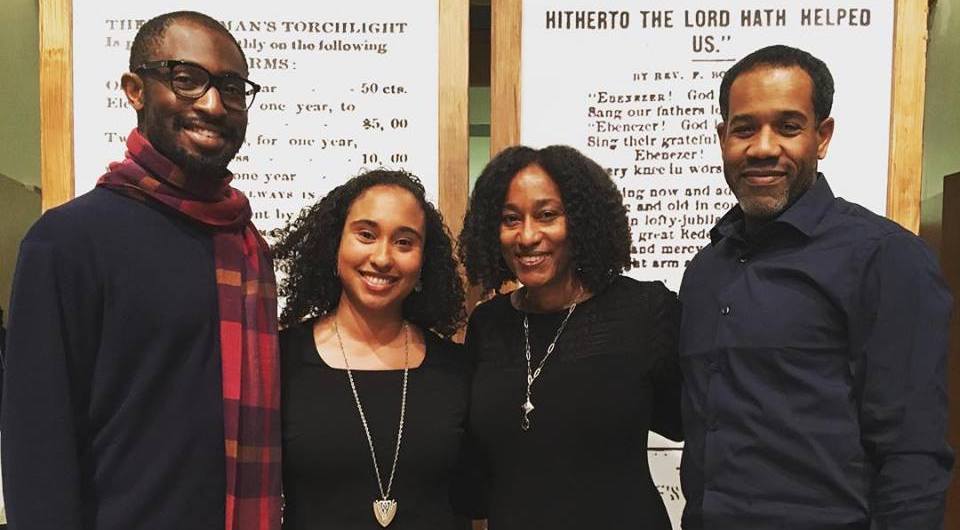 Twenty-four years ago, I went to see a friend perform at Dixon Place, a funky, experimental performance space on Manhattan’s Lower East Side. Back then, the venue was actually the living room of founder Ellie Covan’s three-story walk-up, with a makeshift stage, scattered lights, mismatched chairs, and hosiery hanging in the bathroom.

That was a fortuitous night for me. First, I met the man I would marry, Rob Fields. And, as a young black writer, I was affected by something else entirely, yet equally profound: a line-up of African American artists and writers, presenting their works-in-progress before an intimate and supportive audience. The performers received feedback and discussed their process and goals in this safe, curated space, and I had never seen anything like it. At that moment I realized how hungry I was for that type of support, which was rare for artists of color in New York’s largely white cultural scene. I wanted that experience for myself and for the city’s growing community of African American writers.

Fast-forward 24 years. I’m now the curator for a newly launched Brooklyn-based reading series, Words@Weeksville, which offers just that—a safe space specifically for writers of the African diaspora to read their provocative, challenging, and culturally-rich work before an engaged and supportive audience. The monthly series takes place in Crown Heights at Weeksville Heritage Center, Brooklyn’s largest African-American cultural center, which sits on the site of one of America’s first free black communities. In a light-filled, modern venue in the heart of the black community in Central Brooklyn—a community often overlooked by Brooklyn’s hip literary scene—the series showcases established and emerging authors. Our goal is to promote authors with recent books and introduce them to new audiences.

This reading series is the culmination of years of teamwork with Rob and others to offer a space for writers of color. Ten years ago, I co-founded ringShout, a support group for African-American authors, with writers Martha Southgate and Eisa Ulen and editor Chris Jackson. We wanted to recognize and celebrate excellence in contemporary black literature, and we presented a series of salons in members’ homes to provide an intimate setting for dialogue with writers. Our salons hosted award-winning authors like Victor LaValle, James Hannaham, and Bernice McFadden, and one of our most successful events featured Lisa Cortes, a key producer on the film Precious, discussing Sapphire’s seminal novel Push and what inspired her to adapt the story for the big screen.

In a natural next step for ringShout, we launched an annual reading and discussion featuring African American authors as part of the Brooklyn Book Festival’s Bookend events. Our inaugural event in 2010—the first of its kind for the festival—included Ta-Nehisi Coates, Tayari Jones, Jeffrey Renard Allen, and Danielle Evans. We went on to host Brooklyn Book Festival events for six years at various off-site locales in Brooklyn, including an art gallery, a bar, and a performance space.

Those events were popular and well-attended, but once a year felt too infrequent, and so in 2013 Rob and I launched a monthly reading series, Sundays@, which took place at neighborhood bars. In its final two years, Sundays@ was hosted by Branded Saloon, a Prospect Heights bar with its own back room, complete with a small stage, a mic, and a relaxed, quirky vibe enhanced by brunch food and drink. Each month saw strong crowds showing up on a Sunday afternoon to eat, drink, and listen to works-in-progress. The intimate milieu facilitated rich dialogue between the writers and audience members, who provided useful feedback on the work. My goal was to unite writers of color who had a shared perspective, from navigating a largely white literary and publishing world, and to give them a chance to foster their own writers’ community. It was equally important to me to put them before readers hungry for diverse points of view. This was vital to expand readership for the featured authors, most of whom were published on small, independent and alternative presses. In three years, we hosted 46 writers of color.

Through it all, Rob and I had a vision of finding our own space where we could settle into a routine without the concerns of managers and owners and cover charges—a venue where we could build our audience across time and strive for real connection and longevity.

And now we have a home, at Weeksville Heritage Center. Every month, on the fourth Wednesday night, you’ll find us at Weeksville, opening its beautiful space for writers of the diaspora to share work, sell books, and seek connection. Along with its African American legacy of valuing literacy and honoring the written word, Weeksville is so steeped in history, it’s as though the ancestors are cheering us on. It’s a bit like the Dixon Place I discovered all those years ago, but without endless stairs and hosiery hanging in the bathroom. And with lovely, matching chairs.

Bridgett M. Davis is the author of the forthcoming memoir, The World According To Fannie Davis, about her mother’s life in the Detroit numbers game, and two novels, Into The Go-Slow and Shifting Through Neutral. In addition to her work as curator for the Words@Weeksville Reading Series, she is director of the Sidney Harman Writer-in-Residence Program, a literary salon that brings distinguished writers to Baruch College, where she is a Professor of Journalism and Creative Writing.

James Baldwin: 'I Did Not Want to Weep for Martin, Tears Seemed Futile'

When Marguerite Duras Got Kicked Out of the Communist Party 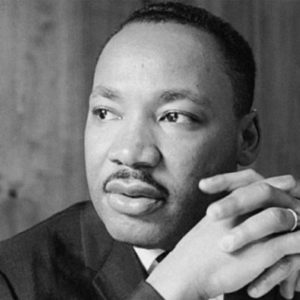 James Baldwin: 'I Did Not Want to Weep for Martin, Tears Seemed Futile'

On the morning of Martin Luther King Jr.’s funeral, the rest of the country paused for a moment of silence. Many government...
© LitHub
Back to top