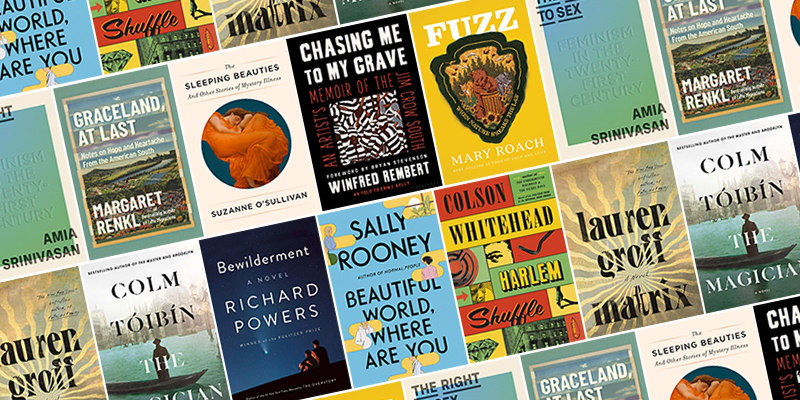 Looking Back at a Blockbuster Month in Publishing

Sally Rooney’s Beautiful World, Where Are You, Colson Whitehead’s Harlem Shuffle, Lauren Groff’s Matrix, and Richard Powers’ Bewilderment all feature among the best reviewed books of the month. 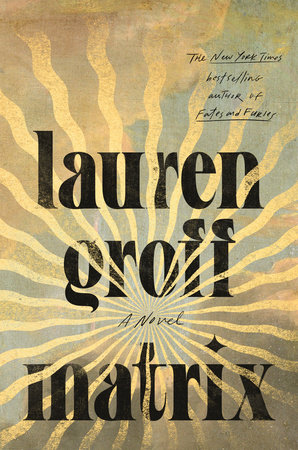 “… an inspiring novel that truly demonstrates the power women wield, regardless of the era. It has sisterhood, love, war, sex—and many graphic deaths, all entangled in a once-forgotten abbey in the English countryside … With masterful wordplay and pacing, Groff builds what could have been a mundane storyline into something quite impossible to put down. The writing itself is a demonstration of power. Eschewing direct dialogue and traditional chapters for a three-part structure, the story starts slow but then picks up the pace, barreling through Marie’s years at the convent … The novel’s prose is well constructed and filled with strong imagery that will remain embedded in your subconscious days later … Her use of short but not entirely quick sentences, particularly at the start of the novel, is a tricky way of pacing a story that is written in such a formal tone … Her allusions to female pleasure—such as masturbation and oral sex—are done as stealthily as her allusions to heinous actions such as rape, almost like a whisper that you might miss if you’re not paying attention. But there are instances where allusions are not enough, and she is graphic, leaving little to the imagination when discussing death and sickness … exposes the complexity of being a woman living in a world where men make all the rules, regardless of the era. But it also may leave you wondering whether this is a story about one woman’s feminist aspirations—or her overzealous ambition.”

4. The Magician by Colm Tóibín
(Scribner)

“Toibin delves into the layers of the great German novelist’s unconscious, inviting us to understand his fraught, monumental, complicated and productive life. It’s a work of huge imaginative sympathy … Toibin gives full rein to this sweeping story … On the surface, this is the melancholy story of a sensitive but repressed man who can’t quite connect to his own impulses or supply the emotional needs of his wife and children. But Toibin excavates deeply, sifting through incidents in his life, turfing up incitements to his major fictions … It takes a writer of Toibin’s caliber to understand how the seemingly inconsequential details of life can be transmogrified, turned into art … is, overall, a satisfying and elegantly written novel. Its expansive and subtle rhythms carry the reader forward and backward in time, tracing an epic story of exile and literary grandeur, unpacking a major author’s psyche in such a way that the life of the imagination becomes, finally, the real and only tale worth telling.”

“The tenderness and delicacy with which the father-son relationship is depicted repeatedly brought to my mind Cormac McCarthy’s The Road, though it is a pre-apocalyptic planet on which Theo and Robin struggle to find fortitude and hope … Among the novel’s many virtues is the mood it radiates of sheer cosmic awe … Powers is coming to seem a gift to those of us who admire Stapledon’s genre but regret its indifference to human complexities. Impressively precise in its scientific conjectures, Bewilderment is no less rich or wise in its emotionality. Moreover, science fiction is not just a looming generic presence, but part of the novel’s narrative mechanism … channels both the cosmic sublime and that of the vast American outdoors, resting confidently in a lineage with Thoreau and Whitman, Dillard and Kerouac. It’s also a ghostly and affecting love story … Sorrowing awe is Bewilderment’s primary tone, and its many remarkable scenes are controlled with high novelistic intelligence. Robin is as compelling a fictional creation as I’ve encountered in some time—fierce, lovable and otherworldly. In dreaming him up, Powers was clearly working out a bold fictive question: what must it be like to father a Greta Thunberg?”

“Mary Roach is the Deborah Vance of science writing … you’re hooked, and for good reason. Roach has a sure sense of drama, and she crafts sentences that crackle and pop … In some alternative universe, Mary Roach and Deborah Vance are show business’ hottest comic duo, headlining nightly at the Bellagio or the MGM Grand, packing them in with laugh-till-you-cry tales of bad bears and bad breakups, rogue leopards and rogue lovers. Until that day arrives, you can savor this excellent book.”

2. The Right to Sex: Feminism in the Twenty-First Century by Amia Srinivasan
(FSG)

“[A] quietly dazzling new essay collection … This is, needless to say, fraught terrain, and Srinivasan treads it with determination and skill … These essays are works of both criticism and imagination. Srinivasan refuses to resort to straw men; she will lay out even the most specious argument clearly and carefully, demonstrating its emotional power, even if her ultimate intention is to dismantle it … This, then, is a book that explicitly addresses intersectionality, even if Srinivasan is dissatisfied with the common—and reductive—understanding of the term … Srinivasan has written a compassionate book. She has also written a challenging one … Srinivasan proposes the kind of education enacted in this brilliant, rigorous book. She coaxes our imaginations out of the well-worn grooves of the existing order.”

3. Graceland, at Last: Notes on Hope and Heartache from the American South by Margaret Renkl
(Milkweed)

4. The Sleeping Beauties: And Other Stories of Mystery Illness by Suzanne O’Sullivan
(Pantheon)

“… at once poignant, surprising and sometimes horrifying … Unraveling the mystery behind such strange occurrences requires more than neurological expertise—it needs careful handling, a deep and empathic understanding of how society and culture, experience and expectation, work in tandem with our neural pathways and bodily responses to produce physiological disorders. Dr. O’Sullivan uncovers these complex mechanisms while painting a picture of psychosomatic suffering that removes its associated stigma, and she asks us to think about illness in new ways … Functional neurological and psychosomatic disorders are subject to fierce debate, and sufferers already raw from repeated denial of their experience are often the collateral damage. Dr. O’Sullivan wades into this conflict with extraordinary tact. What we underestimate, she tells us, is the power of the brain to disorder the body … offers a brilliant, nuanced and thoughtful look at the lived experience of illness while asking important questions about the relationship between body and mind. Dr. O’Sullivan’s rich prose weaves a tapestry as hauntingly beautiful as it is scientifically valid … At the heart of this tour de force is the question, deceptively simple but so difficult to answer: What do we mean by illness? Should medicine—biologically minded, diagnosis-privileging Western medicine—alone be allowed to decide?”

5. Chasing Me to My Grave: An Artist’s Memoir of the Jim Crow South by Winfred Rembert
(Bloomsbury) 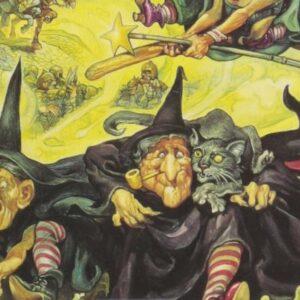 Witches have always been a bit of figment and fact, appearing in some way in every culture and throughout history. They’ve...
© LitHub
Back to top
Loading Comments...