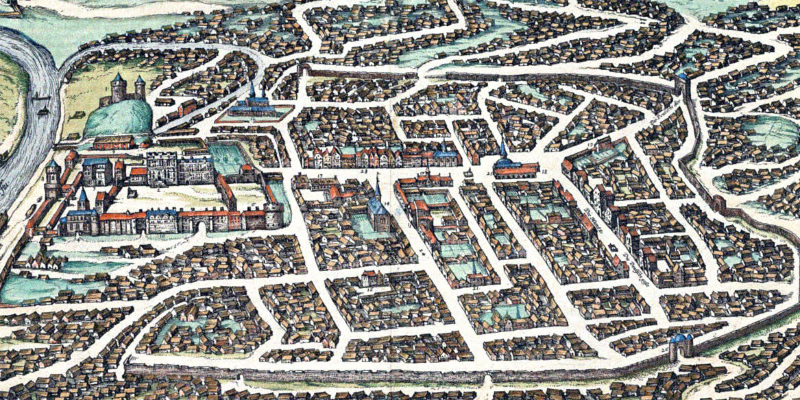 When It Comes to Royal Fiction, Don’t Sleep on the Courts of Eastern Europe

Most novels about the 16th century written in English take place in Italy, France, or England, with the occasional foray into Spain or Portugal. P. K. Adams’ Jagiellonian Mystery series is a welcome exception. Set at the glittering Italianate court of King Zygmunt I of Poland/Lithuania and his son, Zygmunt August, these books map fictional plots onto real historical incidents to create fast-paced, fluid stories that are as much about the tensions of a culture in transition as what drives a person to commit murder.

In Midnight Fire (Iron Knight Press, 2020), the heroine, Caterina Konarska returns to Zygmunt I’s court 25 years after the events of Silent Water, the first book in the series. Caterina and her husband undertake the long journey from Italy in search of a cure for their young son, Giulio, who suffers from mysterious fevers that have stumped the doctors in Bari.

In Kraków Caterina discovers a court far different from the one she left a quarter-century before. The old king is dying; his wife, Bona Sforza of Milan and Bari, struggles to hold on to power; and their son, Zygmunt August, threatens to cause an international scandal by marrying his beautiful but disreputable Lithuanian mistress, Barbara Radziwiłł.

Queen Bona offers Caterina a deal: persuade Zygmunt August to give up Barbara, and Bona will arrange an appointment for Giulio with Poland’s premier physician. Seeing no alternative, Caterina accepts. But as she sets off for Vilnius with her son, she has no idea of the danger she faces or the layers of treachery she will encounter in Zygmunt August’s Renaissance palace.

C. P. Lesley: Midnight Fire, the second of your Jagiellonian Mysteries, opens in 1545. The heroine of both novels, Caterina Konarska, née Sanseverino, is returning to Poland with her husband Sebastian and their young son, Giulio. They’ve no sooner arrived in the city when Caterina receives news that shocks her. What has happened?

P. K. Adams: On entering the city for the first time in 25 years, Caterina and Sebastian hear the mournful sound of church bells, and they learn that the queen has died. Right off the bat it seems that their plan to seek treatment for Giulio’s fevers is destined to fail before they even have a chance to set it in motion.

C. P. Lesley: And what leads to Caterina traveling to Vilnius, the capital of Lithuania?

P. K. Adams: Queen Bona comes up with a plan to send Caterina to Vilnius to plead with the young duke Zygmunt August not to marry his mistress, Barbara Radziwill. She’s to do so at the same time as she seeks a consultation with Zygmunt’s personal physician about Giulio’s fevers. So Caterina ends up on this dual mission, which has profound consequences for her personally, for her son’s health, as well as for the future of the monarchy.

C. P. Lesley: What can you tell us about the central mystery of Midnight Fire?

P. K. Adams: As I mentioned, Caterina arrives in Vilnius on a mission to persuade Zygmunt August not to marry Barbara, but even before she has a chance to do so, a kitchen maid who serves Barbara dies of a poison that was probably intended for the duke’s mistress. And so Caterina is thrust in the midst of an investigation in which Queen Bona is the primary suspect. Caterina does not believe that the queen is capable of murder, and she is determined to find evidence to exonerate her. However, she soon learns that in trying to clear Bona’s name, she may be putting her and Giulio’s lives in great danger.

C. P. Lesley: What would you like readers to take away from Silent Water and Midnight Fire?

P. K. Adams: I’d like readers to know that the courts of 16th-century Poland and Eastern Europe and Russia were every bit as exciting, glamorous, and interesting as those of the Tudors in England, the Borgias in Italy, or the Medicis in France. I think it’s time for a broadening of the scope of English-language historical fiction beyond these fascinating but somewhat overdone settings.

P.K. Adams is the pen name of Patrycja Podrazik. In addition to writing novels, she is a blogger and historical fiction reviewer at www.pkadams-author.com. Her debut novel, The Greenest Branch, a Novel of Germany’s First Female Physician, was a semi-finalist for the 2018 Chaucer Book Awards for Pre-1750 Historical Fiction. 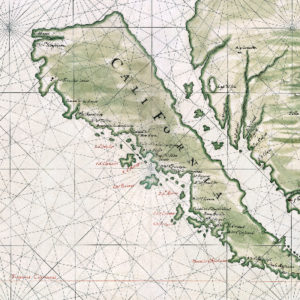 Law professor Francis Buckley's American Secession (Encounter Books, 2020) is a fast-moving and provocative new book about...
© LitHub
Back to top