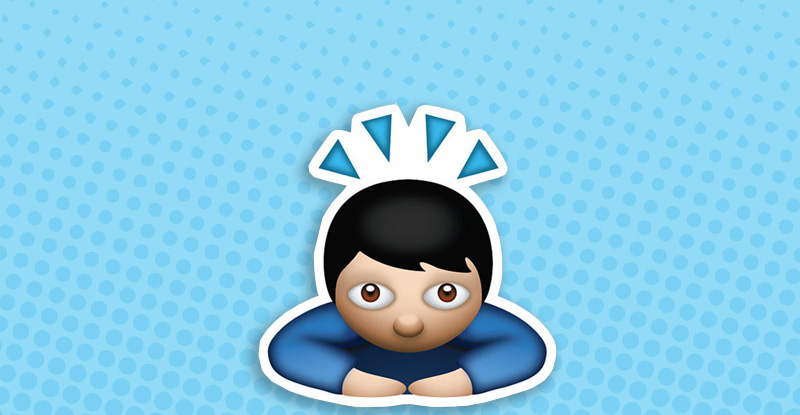 Part of trying to write involves putting pressure on the terms that come up, again and again, unwilled and unwanted, in your writing—those greatly elastic words that band together a wide variety of complex ideas, and, though not altogether useless in themselves, rarely attain specificity or precision. In spoken language, it is hard to escape the word “incredible.” It comes in three flavors: strong (“cannot be believed”), weak (“hard to believe”), and weakest (“like, really good”); the latter is, of course, the most prevalent. Only occasionally does this weakness matter much—I enjoyed for instance, when BBC attack-dog Jeremy Paxman tore into Prime Minister David Cameron’s description of the Imperial War Museum as “incredible”; “the whole point of the place is its awful credibility.”)

Another such word is “particular”; it is an irony in the quest for precision that we so often fall on the word “particular,” especially in academic prose. “Particularly” and “in particular” appear everywhere in specialist writing, the trace of the author’s desire to go beyond the superficial and into the specific—it’s a hope that often leads to misuse. Such words, in their overabundance, act as placeholders: tics in spontaneous communication that tumble out of our mouths or our fingers, and which require rethinking and refining.

It has been in the pursuit of “particularity” that I have falling into thinking about another of these overly common words: interesting. “Interesting” is a word I am constantly excising from my prose. A swift tap of Command + F usually illuminates a constellation of its occurrences in any given first draft; “Interesting that . . . ,” “It is interesting to observe . . . ,” “An interesting fact . . . .” What do I think this judgment is adding to anything? If we really believe that something is interesting, then surely its interestingness should be self-evident. Must it really be flagged up, in a flagrantly unsophisticated way? I wouldn’t write that I merely liked something, nor that a thing holds intellectual appeal to me, at least not without validating that statement. Yet, “interesting” often sneaks by without making a case for itself. And once you start seeing it in your own work, you notice it everywhere. Interesting, despite its insufficiency as an autonomous unit, has a tenacious hold on writing and on everyday speech.

Its frequency in part relates to the fact that we expect it to pull a huge amount of weight. The Oxford English Dictionary places it in “Frequency Band 7,” reserved for “the substance of ordinary, everyday speech and writing”; it joins words like “man,” “woman,” “large,” “good,” “right,” which puts it in the top 2% of common words. Given that its usage is often so banal, it seems fitting that its etymology is equally nondescript: from the Latin inter–esse, “to be between.” Between what? “Interesting” doesn’t usually tell us, and its dictionary definitions are so broad as to border on vagueness: “That concerns, touches, affects, or is of importance”; “Adapted to excite interest; having the qualities which rouse curiosity, engage attention, or appeal to the emotions; of interest.”

We’re unhelpfully dumped at the door of the definition of the noun “interest,” which carries us through: objective concern; investment; a right to something; spiritual privileges; participation in doing something; a stake or share or claim; affect and affection; benefit or profit or advantage (“in your best interest”’); the fact or quality of mattering or being of importance. That last one seems to contain them all, and is the ruling principle of “interesting” as a verbal tic: “This thing matters!” But “interest” creates a field of significance so wide that it is hard to know what it means to matter.

If “interestingness” is an aesthetic judgment, it is a decidedly prosaic one. It is a kind of contradiction in itself: The judgment “that is interesting” is a platitude, too frequently used to be of real interest. Kant never got around to writing about the judgment of “the Interesting” alongside “the Beautiful” and “the Sublime,” despite it sharing the defining feature of the judgment of beauty: we assume, when we say it, that other people will agree. In Our Aesthetic Categories: Zany, Cute, Interesting, Sianne Ngai counts the interesting as one of the “minor affects” that best speak of our “performance-driven, information-saturated and networked, hypercommodified world of late capitalism.” The interesting as a register of a great swirling circulation of mostly drossy information—this sound like a description of the internet and how we use it, flicking interminably through newsfeeds on an endless hunt for tidbits, or else clicking on the picture of the little blue bird to share the thing we have found.

“If ‘interestingness’ is an aesthetic judgment, it is a decidedly prosaic one. It is a kind of contradiction in itself: The judgment ‘that is interesting’ is a platitude, too frequently used to be of real interest.”

Another attempt at a theory of the interesting is found in the article “That’s Interesting!” by Murray S. Davis. Davis writes critically of the broad tendency to read thinkers in accordance with how interesting they are, and not with how accurate or attentive their work might be; “A theorist is considered great, not because his theories are true, but because they interest us.” This might explain the so-called “cults of personality” that enshrouds figures like Wittgenstein, who tried to hit Karl Popper with a fire poker, or Nietzsche, who had a mental breakdown. (Both of them, though, are pretty great.)

Rolling the word around for a while, you start to feel that the crucial feature of interestingness lies in difference—that the judgment “this is an interesting thing” matters because a thing stands out against its background or context, like a tower or tree that breaks through the flatness of the skyline. Ngai, too, observes this feature of the interesting; it is “the low affect that accompanies the perception of minor differences against a backdrop of the generic.” Interestingness suggests a sense of strangeness or oddity, quirkiness or excitingness, but it can’t be too strong—otherwise it would overspill into the judgment how strange, how odd, how exciting. “Interesting” acts as a nonspecific marker that something is different: Inter–esse, the thing between things, the difference within a set of repetitions. It’s the thing that stands out—but not in a radical or defined enough way that it demands a stronger adjective. It is the single most commonplace way of standing out from the commonplace, like pairing a Daffy Duck tie with your business suit.

Difference, distinction, peculiarity, curiousness, strangeness, importance. It seems we are still talking about that other ubiquitous and recurring term, “particularity.” The word “interesting” appears to point towards particularity, but does not go about the job of describing why something is particular. This explains why it is such an inescapable word for writers, because “particularity” is what good writing strives to attain. In his famous lecture “Good Readers and Good Writers,” Vladimir Nabokov stands as the champion of particularity: “In reading, one should notice and fondle details. There is nothing wrong about the moonshine of generalization when it comes after the sunny trifles of the book have been lovingly collected.” Shaking yourself free of the image of Nabokov fondling anything, it’s easy to see that he has a point.

William Blake, who was a lifelong adherent to what he called the “minute particulars” in both art and life, puts it more bluntly: “To generalize is to be an idiot.” It has been commented many times over that Blake’s statement itself appears to be a generalization, but nevertheless. Blake wants us to see that poetry is pitted against the forces of abstraction—as he saw it, science and mathematics—and that it is engaged in a hostile struggle to hold on to the particularities of experience. Romanticism, as a movement, might be thought of as an effort to root the universal within particularity: “To see a World in a Grain of Sand / And a Heaven in a Wild Flower / Hold Infinity in the palm of your hand / And Eternity in an hour” (as Blake wrote). This is also why talking about the “themes” of poems might miss the point—it is to pull at, and pull out, a single thread of meaning, to the detriment of the whole.

William Hazlitt, one of the greatest essayists of all time, is guilty of the same crime when he writes of Tobias Smollett: “He seldom probes to the quick, or penetrates beyond the surface [ . . . ] and in this respect is far less interesting than Fielding.” Hazlitt’s own charge of ‘far less interesting’ might also be said to fail to penetrate the surface. And here’s Matthew Arnold, in “Literature and Science,” on why all scientific inquiry is of value: “All knowledge is interesting to a wise man, and the knowledge of nature is interesting to all men.” Presumably if we asked why that was so, he’d answer “it just is.”

Obviously, it is no fault alone to write the word “interesting”; it has, after all, its uses. When we say “interesting!” we are saying: “Look.” Paying attention to something for a sustained period, and the according desire to encourage that steady gaze in our reader, might be the fundamental principle of essay-writing. The point is, though, that interestingness is usually a beginning, and not an end. When we call something interesting, we are pointing to it from afar and noticing that it stands out; we are not yet saying why that is the case, nor do we cross its threshold for the purposes of close scrutiny and investigation. Interestingness is a dance around a subject, not yet an advancement towards it. We fail to “fondle the details” when we notice a thing and simply say that it is noticeable or noteworthy.

It is rarely wrong to say that something is interesting. It is just usually an uninteresting observation to make.

Chris Townsend is a freelance essay writer, currently living in Berlin. He holds a PhD in English Literature from the University of Cambridge, and his academic interests lie in British Romantic poetry. He is online editor for King’s Review magazine. You can find him on Twitter @marmeladrome. 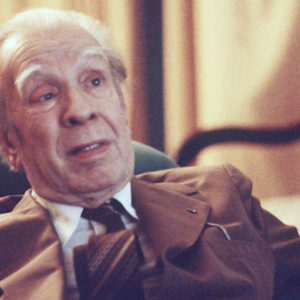 Today is the anniversary of Jorge Luis Borges's death, which seems as good a time as any to re-read him, and an even better...
© LitHub
Back to top