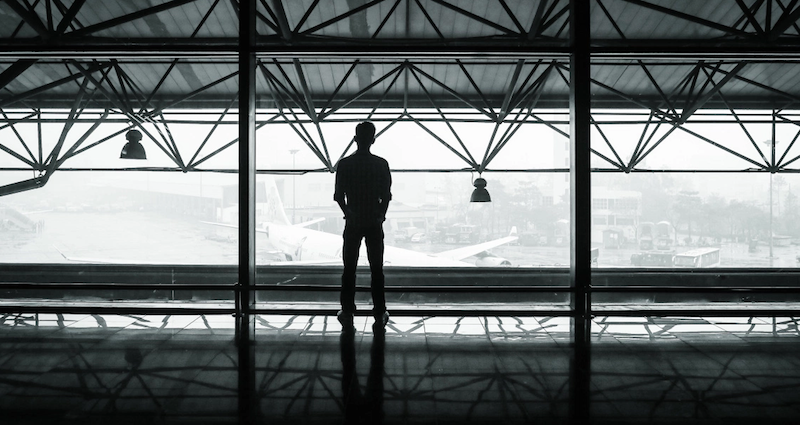 You never know where it will come from—the key that unlocks an idea you’ve been wrestling with for months, or years, and suddenly let’s it out into the world.

Mine began as a chance meeting—passing a French woman on a secluded beach in Los Angeles—and escalated into a torrid love affair that played out between California and Europe. When it ended abruptly, I was broken, and I became so weak from lack of sleep and food that I passed out at a friend’s restaurant, face-planting, shattering several teeth, and opening my chin to the bone. It was rock bottom, and yet, it was at that instant, lying unconscious in the doorway of a restaurant, the armor I’d lived inside since I was 11 years old was finally pierced.

Twenty-six years prior, I had been in an airplane crash with my father. The small plane slammed into a mountainside, engulfed in a blizzard. Lodged in the snow, unconscious, I had a vivid dream that, right away, began to fade into flashes and snippets. By the end of my nine-hour ordeal, I was the only survivor and the dream had all but evaporated.

But now, crumpled on the concrete floor of my friend’s restaurant, the dream replayed itself in minute detail: I was 11 years old, wearing my blue Vans, ski pants, and ski sweater, no hat or gloves—the same attire I’d been wearing when the plane crashed—and I was floating upside-down in a dark void. Feet first, I began to rise toward a bright, grainy crack of light. Both observing myself floating upward and experiencing it from a first person point of view, I concluded that I was in the process of slipping away to my death. As my feet reached the bright grainy crack of light, I felt my body accelerate as if I were being suctioned into the crack. Totally relaxed, I had no qualms about letting it take me away. Then, out of nowhere, a wavelike force washed over me, thrust my whole body back down into the dark space and, suddenly, I woke up.

The first time I had this dream, I awoke on a steep mountainside in a blizzard, the hiss of the wind scraping over the snow. The second time, I came to on a concrete floor with my friend staring down at me, bits of my teeth rolling around on my tongue, overwhelmed by the taste of blood and the chatter of the restaurant’s patrons.

After my friend drove me to the hospital to get my chin stitched up, she dropped me off at the house where I’d lived with my now-absent French girlfriend. I lay awake all night, reliving the dream and the crash, and in this transcendent state, I remembered how I’d believed the wavelike force to be my father, lunging from his seat behind me to shield my body from impact.

This discovery opened up old wounds, the memories and emotions that had been hidden beneath the armor I’d quickly grown in order to cope with my father’s death and my navigation down thousands of vertical feet of ice, broken rock, and snowdrifts with bare hands and sneakers. That flood of intense, real-time recollection gave way to the writing of my memoir, Crazy For the Storm.

The most important, and most difficult, part of the writing process was finding the connective tissue between each moment, scene, or kernel of emotion. Whether big or small, I strove to make each beat flow as smoothly and succinctly as possible into the next. I had to distill each moment to its essence, isolate the dominant, guiding currents, and rebuild the story around that. Even by writing standards, it was an arduous task. The most rewarding part of this process was uncovering the deeper truths of my relationship with my father and our relationship to nature. If I hadn’t broken down the various elements and then used those pillars to rebuild the story, I would have missed the essential qualities hidden just beneath the first and even second blush of words, sentences, and sequences.

For my novel, French Girl with Mother, my approach was not very different. Aware of how valuable it was for my first book to engage directly with life, with the risk of emotional pain, I allowed myself to gravitate back into that torrid love affair. The journey led me through my twenties, to a decade spent traveling, mostly alone, around the world.

And there I discovered a trove of un-lived life experiences—my shadow life composed of near-miss, what-if chances, along with a few encounters that blossomed into significant adventures. I kept wondering what would have happened had I followed one path instead of the other.

That’s when I realized the material was moving toward fiction. I needed license to take chances and accept dubious propositions that I’d steered away from in reality. It would allow me to follow my intuition and imagine what was lurking behind the intriguing, occasionally shady, people and places I’d come to know.

But the idea that fiction would give me license to pursue any trail I desired was a kind of trap, a trap of the seductive power of imagination. I stumbled into vague, dim expanses before coming to understand that I needed to anchor everything in concrete experience. Rooted there, I began to open those doors that I’d only peered through and wander paths I’d merely skirted. Characters and their journeys began to grow from what I empirically knew, and a fictional story took form. Curiously, what I often tapped into was more truthful than what I would have revealed through nonfiction. Unearthing these truths from the hard rock of reality was one of the biggest thrills of writing fiction for me.

Both fiction and nonfiction required me to draw from life, to scour for connective tissue, and to keep my imagination in control. The transition to fiction was similar to the face-plant provoking my long-buried dream—in a sense, it allowed me to explore a wound that became more intriguing and increasingly accessible through imagination. Even though it was easy to veer off course and get lost, the endeavor of writing opened up an alternative process by which to tell my story and allowed me to explore the truths beneath my accepted reality.

Norman Ollestad is the author of the 2009 bestseller Crazy for the Storm: A Memoir of Survival. Ollestad’s writing has received extraordinary praise from the New York Times to Entertainment Weekly.

From Weimar to Appalachia, a Syllabus for Our Brush with Fascism 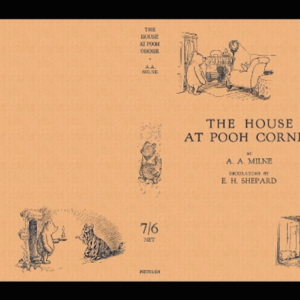 Marlon James: Why I'm done with talking about diversity. | Literary Hub Margaret Atwood on magic, technology,...
© LitHub
Back to top