When Femininity is Code for Feelings

On Failure, Motherhood, and Flightless Birds

A famous writer, whose name is Franzen, might like birds more than he likes humans. He talks about them in the New Yorker, to undergraduates in fancy college commencement speeches, to explain what feeling is.

To explain what feeling is, I’ve always thought, would be my project. I would say it right, shape it perfectly. And then I would be heard. I would shape it in a way that someone somewhere would have no choice but to understand it, see it, hear it. They would themselves feel heard and understood. There are perhaps more noble reasons to become a fiction writer: politics, philosophy, a calling from some higher power, to piss off one’s attorney mom and dad. But mine were never those.

When my agent and I sent my first book out, it was pretty universally panned by the Sales and Marketing departments at a handful of major publishers. But it’s so feminine was our feedback. Feminine, I think, is code for feelings. Too sad for book clubs. Not-quite-literary, but somehow still too difficult. I’m pretty sure that not-quite-literary was yet another term for all those overt feelings, maybe with the added implication of too many, too felt mentions of Virginia Woolf. Uncategorizeable, they said. Just not right.

This has, in some form or another, been the feedback I, the person, have gotten most of my life. Too. So. Just not, said my attorney parents. Please, they said—still say. Please just stop.

Once, in grad school, a woman wrote, in blue pen, at the top of the 25 pages I’d submitted to our workshop, does any actual person cry this much?

UNBEARABLE, wrote a woman in an online review a year after those rounds with Sales and Marketing, when the book was a real book.

These whiny neurotic women need to get a life, said another one.

Gather all the writers in a room and ask how many felt misunderstood as children, ask how many write, not so secretly, just in case someone might finally see and understand. It is perhaps that the others have just couched it better, covered it in gorgeous metaphor.

I have never been much interested in metaphor. I wanted to just say the thing. It felt too dire not to. I was too afraid I’d get it wrong.

I came out of that first book determined to talk less about feelings, to be less overtly just one thing. I came out more more interested in finding new ways, new shapes, new forms through which to feel.

For a few weeks in Fall last year, there was a Painted Bunting living in the just-pre-winter starkness of the park by our apartment. I’d run by him, by the crowds around him, in the morning. There was that buzz of groups gathered together for one shared purpose, whispering and awkward shuffling, binoculars and nudging, the click and buzz and flash of cameras and phones.

It was suggested in the paper by bird experts that he’d lost his way, this Nonpareil (another term for Painted Bunting); lost hold of the flock with which he’d been flying; lost, perhaps never had, the sensors, the specific mechanisms in his brain that told him where to go and when.

They knew it was a male because they’re better looking, “exceedingly flashier” than the mostly green females. It was suggested that the bird might either stay or go or might be eaten; especially susceptible, they said, because of his flashiness, to predators.

I read about him in the newspaper, clicked on links to pictures of his type of bird online when I was home; I never stopped to see him. In the six weeks that he was perched a mile from my home, I never saw the actual bird.

Birds are toothless with a four chambered heart and a high metabolic rate, says Wikipedia.

Once, over a period of a week, I had separate lunches with three brilliant birdlike women writers. Their work all specializes in a kind of devoted noticing. Each of them looks as if she might, at any moment, disappear.

Is bitterness, I said to one of them, is brittleness just part of it? This feeling that you’ve done all of it wrong?

This woman drank a large black coffee and was, perhaps, a hundred pounds. She laughed and sipped her coffee, pulled the sleeves of her big sweater down over her hands.

Not for the men, she said. Not ever for the fucking men.

Fossil records indicate that birds are the last surviving group of dinosaurs, having evolved from feathered ancestors.

In a story I read once, the woman kept asking the man to fuck her, to come inside her, to prove to her that she exists. Finally, he pummels her to death with a headstone. I thought: this is a perfect articulation of what it is to be a certain kind of woman at a certain kind of age, written by a man.

Wings, which evolved from forelimbs, give most birds the ability to fly, although further speciation has led to some flightless birds.

I say: Mothers write in vignettes because they’re learning daily how to make space for an other. That there’s joy inside of white space, joy in silence. That there’s something lifelike in not just feeling, not just thinking, inside what can’t be felt or seen or understood.

I say: Mothers write in vignettes because they’re learning daily that all of life is failing; that we’re just always failing better, failing different, failing more.

In his 2000 New Republic essay, “Human, all too Inhuman” James Wood took down Zadie Smith for what he coined White Teeth’s “Hysterical Realism.” Please gather all the women ever in a room and ask them what the word “hysterical” is meant to mean. Except, in Wood’s estimation, this hysteria had to do with being too smart, too intellectual, too ideological—not felt enough.

Fiction is contained by its definition, limited and separate from the world. Fiction-writing is contingent on containment: white space, language, the fact that it must end just to exist. Every choice is made at the expense of another; every success means that in other ways you’ve failed.

Next to the “Birds” listing on Wikipedia is the term Aves, followed by the word “Disambiguation,” parenthetically. Aves, it turns out, is the Latin word for Birds. The disambiguation page explains, if you click it, that these (Disambiguation) pages “are used as a process of resolving conflicts in article titles that occur when a single term can be associated with more than one topic, making that term likely to be the natural title for more than one article. In other words, disambiguations are paths leading to different articles which could, in principle, have the same title.”

Woolf was birdlike and she killed herself. Duras was drunk. Jean Rhys, Shirley Jackson, Lucia Berlin, Doris Lessing, drunk and drunk and drunk and abandoned half her kids. What is it that these women couldn’t stomach sober? What is it that felt not worth the work? What was it about the way they failed that felt that much more like failing? Why, for them, wasn’t failing again and again, but then still trying, not just the most noble thing?

I feel, think, say: the most terrifying part of every day is when I stop writing, when I am no longer containing feeling inside language, inside fiction, when I must swoop down and into life. 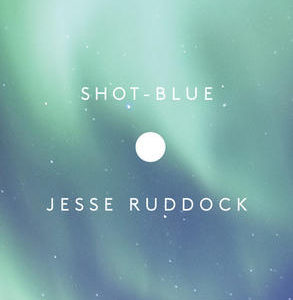 The guides took turns fishing off the dock, and it was Tristan’s turn for casting lessons at five o’clock. Five wasn’t...
© LitHub
Back to top