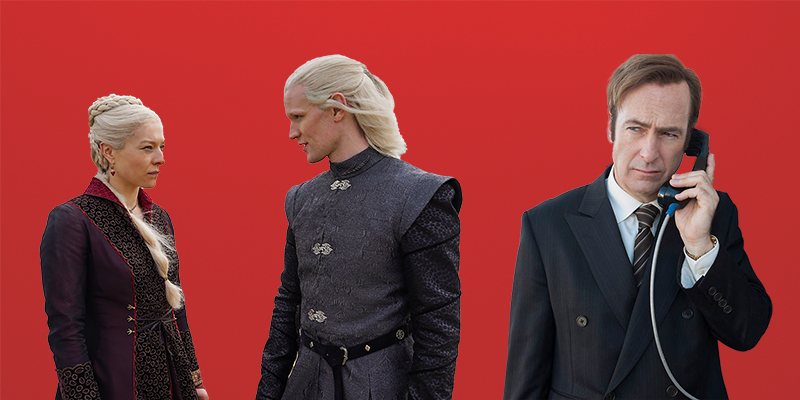 Spoiler alert, but only kind of. You know how this ends. Granted, we’re only on Season 1, Episode 1—but remember Saul Goodman, or the House Targaryen, or Cassian Andor? Well, this show is about what they were like before everything fell apart. Keep that in mind. You don’t need to know exactly how this character, now younger (though looking older), suffers ultimate ruin to appreciate this show, but it helps.

Last year I had the pleasure of writing for this forum about the appeal of unfinished works of art—novels, stories, drama—and how their fragmentariness not only mirrored the constant suspension in which our Covid-infected, election-undermining society somewhat willingly held itself, but also how it provided a certain imaginative license, a freedom to create. So it was with great surprise that I recently realized how many of television’s current blockbuster offerings are, if anything, over-finished, overdetermined, and awash in a kind of premature closure. In other words, they’re about characters who already died—or worse—in the series where we first met them. For these shows, the end is not nigh, it’s already come and gone. They are prequels to doom.

On paper, the appeal of these doom prequels seemed unclear to me. I mean, I’m always interested in reuniting with characters that I’ve loved and lost before, but only to a point. Beyond that point, it kind of sounds like a waste of time and energy. Once you know how they die, doesn’t some of the fascination drain from seeing how they lived? How hard can you root for whatever juvenile victories preceded their eventual, crushing defeat? What are the stakes here?

Having now seen several of these shows, I can’t deny that at least some of them make excellent viewing—and not despite their foreclosure but, strangely, because of it. Why? Let me count the ways, drawing on a few examples that you cannot fail to have heard about lately.

Take Better Call Saul, the acclaimed prequel to Breaking Bad. It turns out that years before high school chemistry teacher Walter White metamorphosed from mild-mannered to monstrous, his sleazy lawyer, Saul Goodman, followed his own downward moral arc. Set mostly in the early 2000s, with occasional time jumps back and forth, this series follows Saul when he’s still Jimmy McGill, a long-suffering and fairly idealistic young lawyer with ample baggage behind him and darkness ahead.

The principal characters of Better Call Saul mostly fall into two groups: those who will be killed by Walt in Breaking Bad, and those who won’t live long enough to be killed by Walt in Breaking Bad. That would seem like unpromising ground for a new show to tread. With so many dead men walking among the cast, and so many others whose absence from Breaking Bad means they’ll have to disappear one way or the other, there should be little enough to play for within the scope of this series.

And yet, it really does work brilliantly.

I’m struck by two kinds of pleasures that Better Call Saul affords its audience. The first has to do with the story that isn’t, moments that invite us to think outside the series’ fatalistic box. The best example is Saul’s breakout villain and finest creation, Lalo Salamanca. Lalo is a gangland Cassandra: he sees the deadly traitor in his crime family’s midst, warns everyone about it, and finally takes matters into his own hands—all to no avail. Since that traitor, and almost all of Lalo’s other enemies, are characters from that “Do Not Kill Until Next Series” camp, his failure comes as little surprise.

For these shows, the end is not nigh, it’s already come and gone.

Even so, Lalo’s character positively buzzes, not just with the magnetism of Tony Dalton’s excellent performance, but also with the energy of the counterfactual. Lalo is a walking monument to the idea that every single deadly conflict portrayed on this show could have gone either way, that no one in this world ever masters violence completely enough to stand altogether outside its reach. As if aware of this truth, Lalo departs the show smiling sardonically.

The other pleasure of Better Call Saul flows from the story that is, with all its nuances of character development and plot. Not surprisingly, this part of the show is symbolized by Jimmy himself. In the course of six seasons, we watch him join forces with older brother Chuck, whom he idolizes; realize his brother’s betrayal, outmaneuver him, and drive him to suicide; reinvent himself as Saul Goodman, champion of the downtrodden and/or clearly guilty; suffer the trauma and tribulations of working for a Mexican drug cartel; part from the love of his life; escape the feds by reinventing himself again as the manager of an Omaha Cinnabon; emerge from that monochromatic normalcy for one last thrill (then several more); and, finally, make an impassioned courtroom confession worthy of an after-school special that lands him an 87-year prison sentence.

I’m doing no justice to these many plot developments, and that feels unforgivable when describing a series whose obsession is character development itself. Saul’s grubby life is bookended by two towering figures: Chuck, who knows that Jimmy “will never change,” and Walt, who returns in a flashback during the series finale to stand over him and deliver a devastating pronouncement: “So, you were always like this.” Both are wrong. Jimmy/Saul has changed over time, and we know that only because we’ve followed his journey more closely than his detractors. That insider knowledge is the most precious compensation this show can give us.

House of the Dragon is a different kind of prequel. Set generations, not years, before its famous originator, Game of Thrones, this series chronicles the machinations of the Targaryen royal family and their various self-interested neighbors as more thrones teeter in the balance. Princess Rhaenyra Targaryen, played by Emma D’Arcy as an adult and Milly Alcock as an adolescent, compels our attention more than most characters early on, but this series’ eye seems deliberately undecided about which character may be called its protagonist, let alone its hero.

If it seems unimportant who triumphs in the end, maybe that’s the point.

Like anyone who did not embrace Game of Thrones, I was continually surrounded by people who had, and their love of the show fascinated me. Clearly one of the factors that made GoT such unmissable viewing for so many was its atmosphere of precarity: it seemed that any character, no matter how beloved by audiences or apparently essential to the grand scheme of things, could die at any time.

Six episodes in, this new series largely recaptures that feeling of ubiquitous danger and intrigue, while supplying the sort of fan service that no blockbuster can afford to do without. Matt Smith’s turn as the banished brother Damon Targaryen, a far more tempestuous royal than Smith’s Prince Philip in The Crown ever was, foretells fireworks to the finale, assuming he lives that long. The arrival of not one but two members of the Lannister family is a thrill, even if neither of them yet approaches the charisma of Peter Dinklage’s Tyrion. Other gently planted Easter eggs promise to hatch soon enough if we’ll only stay and watch this battle for supremacy.

But if it seems unimportant who triumphs in the end, since we already know that future Targaryens Daenerys and Viserys will be desperate exiles anyway, maybe that’s the point. The Targaryens are this fantasy world’s foremost riches-to-rags story, and their collapse, like the White Walkers that plagued Game of Thrones, is a disaster not yet visible on the horizon but drawing inexorably closer with every episode, every jump forward in time. Unlike the White Walkers, it surely will not be dispatched with a well-placed knife.

The series plays with our sense of scale and scope, framing every dramatic development in these characters’ lives as catastrophe—which, in the short term, it is—while murmuring under its breath that in the long term none of these betrayals or alliances, none of these subtle signs or discoveries, really matters at all. If any series seems well equipped to raise the sense of futility to genuinely tragic heights, it is this one.

The rise of doom prequels shows no signs of subsiding, with more coming soon enough. Andor, Disney’s new prequel to the darkest Star Wars film yet, Rogue One, will explore what rebel spy Cassian Andor was doing long before he sacrificed his life to bring about the death of the Death Star. Fun? Perhaps. Necessary? We shall see.

For good or ill (mostly ill), many things seemed up in the air two years ago; maybe they’re more leaden right now. The rise of authoritarianism around the world, ever-accumulating signs of an unalterable climate crisis, the emergence of Covid variant after variant, as well as entirely other transmissible diseases: these things make it difficult to look to our own future with hope, which may explain why our fiction currently looks anywhere and everywhere else: previous centuries, alternate timelines, multiverses—you name it.

The best doom prequels do much more than exploit the established appeal of existing characters and settings for a few (hundred million) dollars more. They are reading lessons that encourage us to discern subtle ironies and shades of meanings inscribed in the most seemingly predetermined chain of events. They are also invitations to find significance in parts of a story, a life, or an experience other than its conclusion. Given the course of world events right now, we may need to master this skill for our own sake. 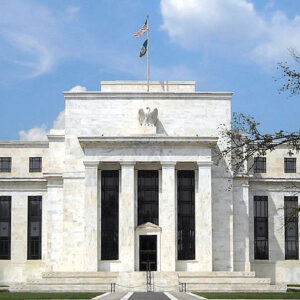 Running the nation’s central bank involves more than setting monetary policy to guide the economy, and Janet Yellen moved...
© LitHub
Back to top