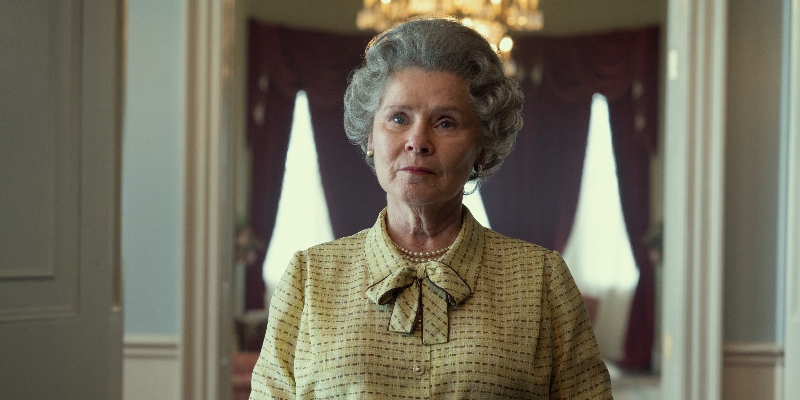 Matthew Redmond on the Blurred Lines Between Living and Historical Memory

My favorite episode from Season 3 of Netflix’s period drama series The Crown is called “Moondust.” It depicts Prince Phillip (Tobias Menzies) suffering a midlife crisis while becoming increasingly fascinated by the unfolding Apollo 11 mission and its astronauts, whose bravery and historic achievement he clearly envies. In the end, Philip finds a renewed sense of purpose and founds St. George’s House as a center for the exploration of faith and philosophy. As the last scene fades to black, some onscreen text explains that “[i]ts success is one of the achievements of which Philip is most proud.”

That was a strange sentence to read the last time I watched this episode, the day after Phillip’s death on April 9, 2021, at the age of 99. The use of present tense, marking events from 1969 as linked to our own era by the unbroken succession of days in one man’s life, was suddenly out of date. His death had relegated these past happenings even more fully to the past. One more person who lived them was no more.

When Season 5 of The Crown debuts on November 9th, the show’s real-life inspiration and focus, Queen Elizabeth II, will have been dead just over two months. Like Philip’s death, only much more so, her passing alters not only our perception of this one historical drama, but also our sense of what connections can be established, through the shifting medium of time, with our collective past.

In a way, The Crown no longer makes sense with Elizabeth now deceased, or else it makes a different kind of sense.

In a way, The Crown no longer makes sense with Elizabeth now deceased, or else it makes a different kind of sense. Throughout its first four seasons, the show portrayed its Queen as a woman who does not so much solve her problems as endure and outlive them. If survival seems a fitting skill to project onto Britain’s longest-serving monarch, series creator Peter Morgan raises it to the triple status of birthright, personality trait, and political strategy.

Time and again through the decades, Elizabeth, whether portrayed by Claire Foy or Olivia Colman (Imelda Staunton takes up the role this season), learns and re-learns that royalty—unlike politicians, revolutionaries, or ordinary people—finds divine power in doing nothing. Even when extraordinary circumstances compel the Queen to act (dancing with Ghanian president Kwame Nkrumah in Season 2, breaking from Margaret Thatcher’s position on apartheid in Season 4), she always returns to a default stance of unearthly, resolute stillness. “Is doing nothing your solution to everything?” a distressed Princess Anne asks her mother in Season 4. The Queen, all too appropriately, does not answer.

While the real Elizabeth was alive, her fictionalized counterpart’s moments of endurance had almost a metafictional quality; now, as then, she lives to stand and wait another day. With her death, this effect is permanently lost, and the show involuntarily trades the irony that its subject is still going strong for the irony that, after all, nothing endures forever.

Historical fiction has long shaped our relationship with both history and the passage of time in such ways. When Walter Scott published the first great English historical novel, Waverley, in 1805, he was clear about his reasons for setting the book in 1745: by situating his tale “Sixty Years Since,” or just outside the pale of living memory, Scott could summon a world that looked different from his own, and yet not utterly unrecognizable. Subsequent Scott novels like Ivanhoe show more abandon, throwing us in the deep end of seven or eight centuries prior and letting us swim in the otherness of that era’s manners and attire.

Later in the 19th century, Victorian writers like Charles Dickens and William Makepeace Thackeray embraced the other side of this boundary line, setting their historical novels no more than 40 years before composition, in a realm that scholar Nicholas Dames has termed the “recent past.” For these later novelists, says Dames, fixating on the recent past was “a way of producing a realism that felt the weight of time: a realism of incremental change, equivocal and uneasy, aimed at a middle distance where the past hasn’t yet hardened into myth, where its seams still show.”

The show has draped itself across the threshold that divides living from historical memory.

The Crown is both and neither kind of historical fiction. Season 1 was set in Scott’s territory, the events of its final episode exactly 60 years removed from its release date in 2016; Season 5 will begin in 1992, or 30 years ago, in the recent past that Dickens favored. Thus the show has draped itself across the threshold that divides living from historical memory.

What is the effect of this transhistorical spread? For one thing, it compels viewers to read historical events they remember through the lens of events they do not, to see their own stretch of history as defined at least partly by echoes and repetitions emanating from a more distant era. Princess Diana’s struggle to inscribe her individuality on the royal façade looks even more ill-fated when cast as a continuation of Princess Margaret’s.

On a deeper level, however, this kind of transgressive historical fiction blurs the line that it crosses. The show has always maintained an interesting tonal mix of sentiment and biting wit, and both ingredients have power to shift our impressions of the past. Early seasons often make us feel intimately acquainted with lives and times that we never saw; later ones just as often alienate us from those that we did.

The young Philip and Elizabeth slouching into bed after a long day seems as familiar to us as Diana roller-skating through Buckingham Palace to “Girls on Film” does not. Under such unsettling conditions, the contrast between recent and distant gradually fades, and both are subsumed under a more indiscriminate category: the ongoing past. It turns out that nothing, no matter how many years removed from our current moment, has finished happening yet.

This blurring effect may explain in part why The Crown has stimulated such a remarkably active, at times frenzied dialogue between life and art. Consider Dame Judi Dench’s recent open letter in the Times calling for the show to acknowledge its fictionality. “[T]he closer the drama comes to our present times,” says Dench, “the more freely it seems willing to blur the lines between historical accuracy and crude sensationalism.” The show creators have acquiesced—on YouTube, the trailer for Season 5 now bears a disclaimer. Meanwhile, it has become a Twitter cliché to describe every new installment in the controversy surrounding Prince Harry and Meghan Markle as material for “Season 7 of The Crown.”

None of this should surprise us. Call it an effect of not-quite-historical fiction that the past feels more present than ever, while the present becomes the past-in-waiting. 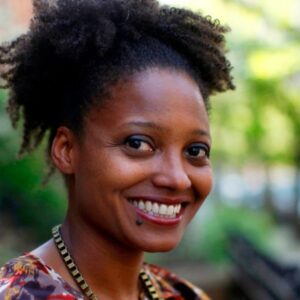